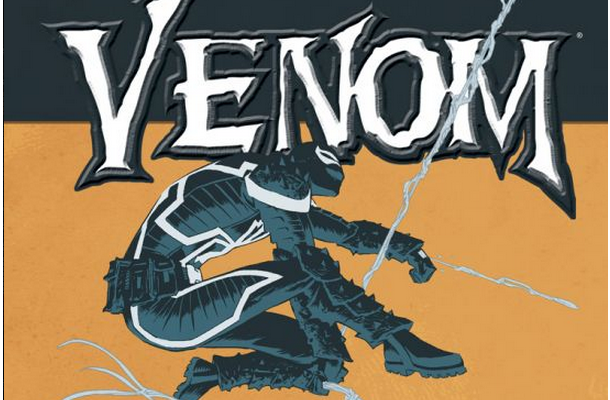 Venom #38 is the latest issue in Marvel’s thrilling tale of Flash Thompson as the secret avenger Venom. How will Venom continue his fight against Lord Ogre? How did jack O’Lantern escape prison? And most importantly, is Venom #38 worth your precious time? All the answers and more, right here in Geek Insider’s review of Venom #38!

Venom and Kiernan Hit the Streets

After narrowingly escaping defeat at the hands of Lord Ogre’s super-powered assassins in Venom #37, Flash Thompson realises that he needs more than just his powers to rid Philadelphia of crime. This brings us to Venom #38 in which Agent Venom and reporter Katy Kiernan join forces to establish a network of informants across the city. With the mighty power of information at his disposal, Venom takes down each of Lord Ogre’s assassins one by one. But little does Flash know that Jack O’Lantern is watching his every move and planning his attack.

These action-orintated sections are interspersed with our first real introduction to Andrea, the high school student who witnessed Flash using his symbiote in Venom #36. Andrea lives in the same apartment building as her P.E. teacher Flash, along with her happy-go-lucky father. It’s during these scenes that we discover that Andrea isn’t planning to reveal Venom’s identity to the world and that she intends to confront Flash directly in an attempt to “help” him with his issues.

The two sub-plots collide when Jack O’Lantern breaks into Flash’s apartment building and attacks Andrea, resulting in Venom frantically trying to subdue the powerful Jack O’Lantern before he mutilates the innocent bystanders.

Flash Deals With His Spider-Man Worship

Venom #38 is an interesting comic book on numerous levels. First off, the idea of Venom utilising the seedy criminal underbelly of Philadelphia brings to light Flash’s conflicted opinions about his identity as a hero compared to the feats performed by Spider-Man.

Flash idolises Spider-Man and very much wants to change the Marvel Universe as Venom in a similar way to how Spider-Man has. But as Venom makes his way through each assassin’s lair, he realises that he is not, and will never be Spider-Man and that he has no choice but to do things his way; a resolution Flash had come to at the start of this story arc in Venom #36. It’s great to see Flash’s mindset develop as he defeats each assassin, and it makes for some fantastic script writing by Cullen Bunn. 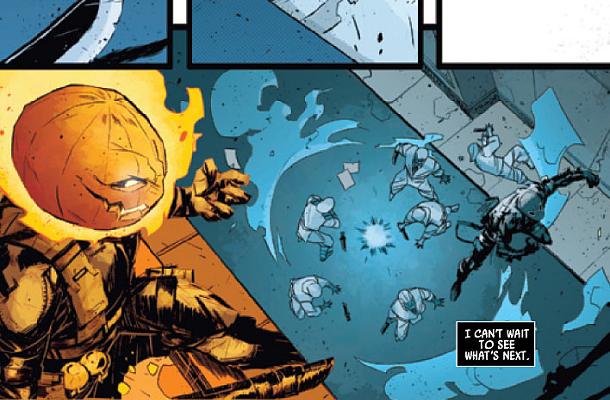 Secondly, the combination of Kim Jacinto’s artwork and Lee Loughride’s colours once again bring a much needed level of grit and pulp to the Venom series. Philadelphia’s dark, dingy criminal underworld carries an equally morbid atmosphere and seeing Agent Venom’s appearance alter as the monstrous symbiote begins to take over his body is chilling,

And the best part? Well, just wait for the shocking conclusion lurking at the end of Venom #38!

Venom #38 has a lot going for it and it magnificently sets up later issues for heaps of drama, emotion and action, but the comic book itself has a few dry patches that should have really been addressed. For example, considering the difficulty he had in defeating thugs in the previous two issues added to the fact that he’s using a watered-down version of the Venom symbiote,

it seemed odd that Venom was able to make his way through assassin after assassin without so much as breaking a sweat. In the art department, the face off between Venom and Jack O’Lantern is also let down by some ambiguous action shots.

But even so, Venom #38 is a solid addition to the Venom comic book series full of some much needed character development and the promise of more action to come.

Did you pick up Venom #38 this week? Do you agree with this review? Do you prefer what Marvel are doing with Infinity and the Marvel NOW! event? Have you read Geek Insider’s review of Superior Carnage #1? We’d love to hear your thoughts, so let us know by leaving a comment below!