Can Nintendo Fix Wii U Sales by Christmas? 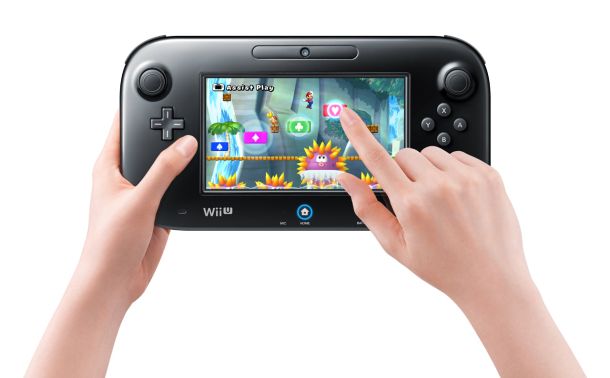 It’s certainly been a rough time for Nintendo, there’s no surprise there. On top of a slew of underwhelming releases and Nintendo’s latest home console last fall: the Wii U. I, for one, was super excited about it! But of course, as I’m sure you all know, I’m a bit of a Nintendo fanboy and tend to stay loyal to the company through and through. But geeze man, even I have to admit that I think they are in trouble. That poor Wii U. It’s faltered more than perhaps any home console that’s been released so far and that bugs me a little bit. Complete with some obscure hardware and excruciatingly limited launch titles, it’s no wonder that the Wii U was outsold last quarter by Nintendo’s last console, the Wii.

Can Nintendo Fix Wii U Sales By Christmas?

Yes, that’s right. You read that right. The Wii U was outsold LAST QUARTER by a previous console. And it’s not that people are attracted to the Wii either- its sales have been on a rapid decline in comparison to last year as well. People are just attracted even less to the Wii U. In my opinion, the hardware simply doesn’t stand out as revolutionary as the Wii did. Motion control was incredible when it came out! Everyone wanted to get their hands on some good ol’ Wii Sports simply because it could be fun for everyone. It was a form of showcasing the power of the Wii and its capabilities. But the Wii U? EH, let’s launch Nintendo Land, that sounds like a game zoned in on an incredibly niche market. The Wii U gamepad also isn’t nearly as groundbreaking as motion control was. I vividly remember the Wii U’s E3 announcement, in which people even thought the entire console was simply that sole handheld screen. It seems as though the Wii U was more focused on hardcore Nintendo fans rather than gamers of all shapes and sizes, as the Wii was. While I acknowledge and appreciate this move, it’s just not the way to go about things if you’re expecting your console to sell off the bat.

But Nintendo has stayed hopeful, as they tend to do. And while we’re in a bit of a rut as to just what we can expect from the Wii U, take a look at the 3DS. I’ve said time and time again that the 3DS had a pretty underwhelming launch as well and now look at it! It’s an awesome handheld device, home to fantastic titles such as Kid Icarus: Uprising, Super Mario 3D Land, and Animal Crossing: New Leaf! Sure, they’re all from familiar franchises, but there’s no denying that they’re absolutely fantastic games. So, the question begs to be answered. Can the Wii U possibly turn itself around in the same manner the 3DS did? I think it can. But I think it’ll take until this holiday season to do so.

First off, we’re looking at some great upcoming games to help bring the console into various homes. Pikmin 3 has just been released in North America. The franchise has been critically acclaimed due to its decent marketing. The previous two games were very well received too, but I don’t think Nintendo should be relying on this game alone. This holiday season, we’re looking at Donkey Kong Country: Tropical Freeze, Super Mario 3D World, Wii Fit U, and Wii Party U. First party games are always what have propelled Nintendo into the proverbial Scrooge McDuck pool of money. While it’s a bit unfortunate that we don’t see Mario Kart 8 being released until 2014, I feel as though the holiday season will be headed up by Super Mario 3D World. Super Mario 3D Land is the best selling 3DS game in the world, so I think it goes without saying that the game will most definitely help out. By far, 3D World is Nintendo’s most important game to be released this Christmas season. If it follows in the footsteps of its 3DS counterpart, I think it’ll be the push for gamers to pick up their Wii U.

Lastly, Nintendo needs better marketing. I NEVER see any Wii U commercials. Whatever happened to the “Wii would like to play” commercials where the two Japanese men show up at a random family’s house and play video games? Sure, it was a little obscure, but as soon as you saw that Smart Car cruising along your TV screen, you knew exactly what you were in for. Why not “Wii would like to play with U” or something? Sure, it might be a bit of a cop out, BUT DO SOMETHING. That whole campaign was charming and catchy, albeit a bit odd. But successful nonetheless! BRING IT BACK.

So can Nintendo fix things up by Christmas? Yes, but it’ll be tough. There’s a pretty great software lineup complete with first party titles and promising third parties (Sonic Lost World). We’re also probably going to see competition between rivals PS4 and Xbox One. This should create more attention to console games as a whole, so all that excitement could definitely be at Nintendo’s advantage. So, yes there’s a pretty solid chance that Wii U sales will improve a bit over this holiday season. Let’s just hope that Nintendo can keep that momentum going afterwards!