Avengers #15 is the latest instalment of the ongoing comic book epic which sees the titular heroes face a new world that they don’t understand. As Marvel countdown to its Infinity event, what does the latest issue in its flagship series event have to offer? Everything you need to know and more, right here in Geek Insider’s review of Avengers #15! 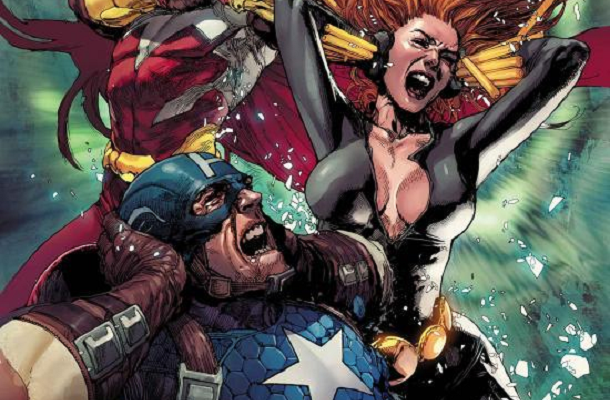 Marvel and the Avengers: The Story So Far

The back story to Avengers #15 has been covered multiple times here at Geek Insider, therefore we strongly advise that newcomers to the Avengers series get themselves up to speed by reading our previous Avengers reviews. Even so here, a quick run down.

Avengers is one of many Marvel comic book series that sits as part of their their Marvel NOW! event. Marvel NOW! itself represents a bold new narrative and art direction for all series involved in which the Marvel Universe is now home to many more super powered humans and a plethora of previously unknown alien species. This occurs as a result of the “Avengers vs. X-Men” war which is covered in great depth in our “On The Uncanny X-Men ‘M’ Word Debate” article.

The events of the Avengers series in particular revolves around a technologically advanced alien named Ex Nihlo who, in the pursuit of the perfect world, terraforms Mars and launches Earth-mutating Origin Bombs at Earth. Over time, the bomb crash sites evolve, resulting in the birth of numerous new species of humans and a great potential threat to ordinary humans. Enter the Avengers who attempt to save the world despite having no understanding of the events that are unfolding around them.

The Avengers Race Against Time To Defeat The New Humans

Hot off the heals of Avengers #14, this issue covers the Avengers’ continued struggle against the lifeforms of the Perth Origin Bomb crash site while Bruce Banner desperately tries to figure out the cause of the mysterious signal it gives off. Half of Avengers #15 focuses on the Avengers’ fight while the rest of the book takes us somewhere altogether different — space. Where in space we’re taken is completely unclear, and this is where Hickman’s ambiguity becomes intolerable.

Captain Universe, being the human embodiment of the entire Marvel Universe, is able to see everything that’s going on everywhere in the past, present and the future. Unfortunately her ridiculously cryptic manner of speaking makes her of little use to the Avengers. However, when she takes the superhero Eden on a trip to an unknown location in space, things start to look up. But what the reader is shown is without explanation — it makes no sense — and Eden’s understanding replies to Captain Universe’s mindless babble makes it all the more infuriating. 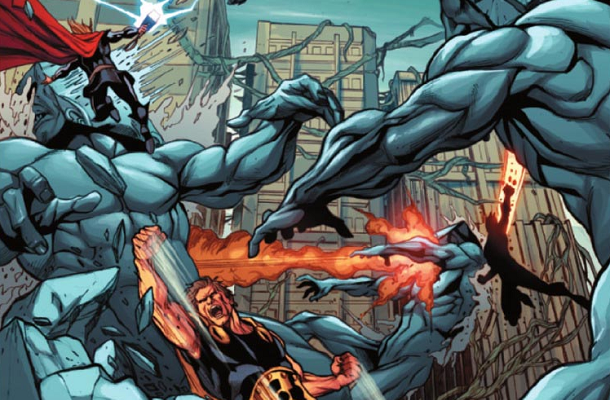 Avengers #15: More Of The Same

An ongoing theme in Geek Insider’s reviews of the Avengers series has been the appreciation of writer Jonathan Hickman’s scope, imagination and introduction of hard-hitting sci-fi into super hero comics. This appreciation has however been met with a great deal of frustration regarding the series’ slow pacing and lack of satisfying conclusions. While this writer sincerely hoped that something of interest would happen in Avengers #15, it was a hope that was never realised.

In an ideal world, Hickman’s slow-burning approach to comic book writing would allow for grand, enthralling stories of truly epic proportions that would be regarded as on-going classics throughout the comic book industry. But in the real world, two weeks is a long time to wait for a comic book which offers no answers to the many, many questions raised in previous issues. Hickman’s run on the Avengers series will undoubtedly make for some fantastic graphic novels in the future, but as it stands the Avengers series offers little to no intrinsic rewards considering its $3.99 price tag.

Are you dissatisfied with the slow pacing of the Avengers series? Are you happy to sit it out until the Infinity event this August? Let us know your thoughts be leaving a comment below!