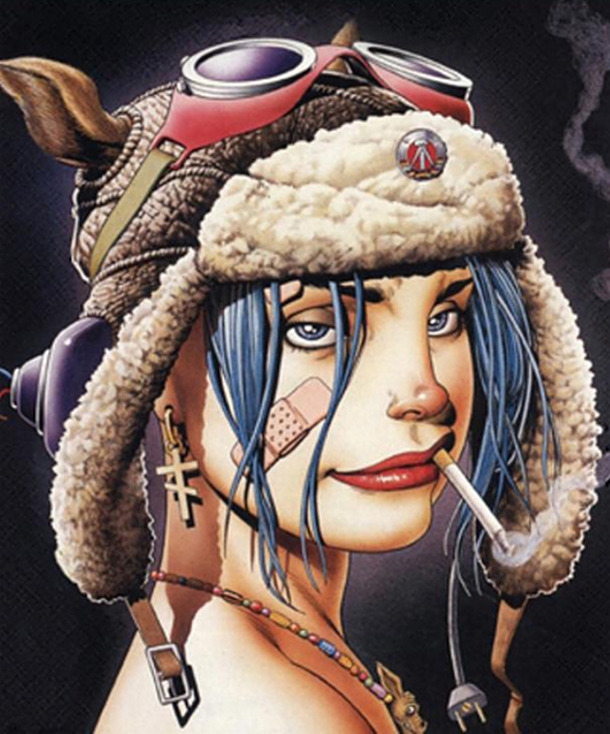 If you’ve ever heard the word ‘Tropes’, you probably know what I mean when I talk about ‘Damsels in Distress’ in video games. While there’s plenty of room for video game developers and companies to broaden their definition of what a woman is in a game (Example- Not just the NPC that works the computers), there has been a space for strong women within Geekdom for a very long time. 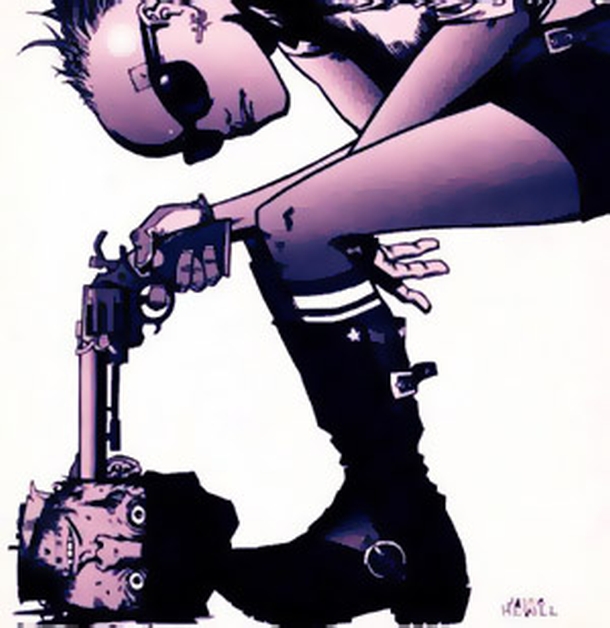 Each week, I’m going to do a profile of a very undistressed damsel who’s here to kick ass and chew bubble gum and is all out of  bubble gum. They might be from comic books, sci-fi films and series, video games or cartoons. These are the ones who save themselves, declare war and all a round tend to mash things into a blobby mess of red, if you get in their way.

As I’m an Australian and would love to drive a tank, it seems only fair that my first profile be on Tank Girl (who appears to be Australian in the comics, but even if she isn’t, it doesn’t matter because we claim loads of people who aren’t actually Australian. It’s how we roll).

“I remember the Tank Girl movie, are the comic books anything like that?”

….What I need you to do, is take the part of your brain that remembers the Tank Girl movie and say to that part of the brain “NO! STOP DOING THAT, THINK OF HOW COOL IT WOULD BE TO HAVE OUR OWN TRAIN SET, INSTEAD OF REMEMBERING THAT”.

In 1988, Generation X had finally found something useful to do- subversion and anarchy. There were many great heroes that can be used to define those heady days of raging against machines, but the one who is hardest to define (but the most fun to read about) was Tank Girl.

Tank Girl stomped onto an already chaotic scene, wearing heavy boots, carrying something that went boom and enforced a New World Order- No World Order. She drove a tank. She yelled loudly at people who defied her. She dated kangaroos. She was the epitome of defiance. She also had questionable hygiene standards.

Long before everyone had had gotten teary because Demi Moore shaved her head in G.I Jane, Tank Girl had gone Rapunzel on her own locks and moved onto the business of getting a tank! (Rapunzel was forced to cut her hair in the story. Sorry if that becomes a spoiler for any future story lines of ‘Once Upon A Time’ but it’s been knowledge for hundreds of years now)

If there was an alignment for story lines, Tank Girl’s would be Chaotic Neutral. There’s only the overarching theme that there are people out there (usually men in suits) trying to control the masses, or Tank Girl in particular. She’s there, as the eager hero with a plan and something explosive that will surely solve the situation. In the Tank Girl universe, the level of rude language, offensive scenes and lack of clothing is high. But that’s what continues to make her awesome to this day. Tank Girl is not concerned. Not a single torpedo will be given (torpedo is a euphemism in this sense) about what other people think, or want to see. Not a single torpedo. 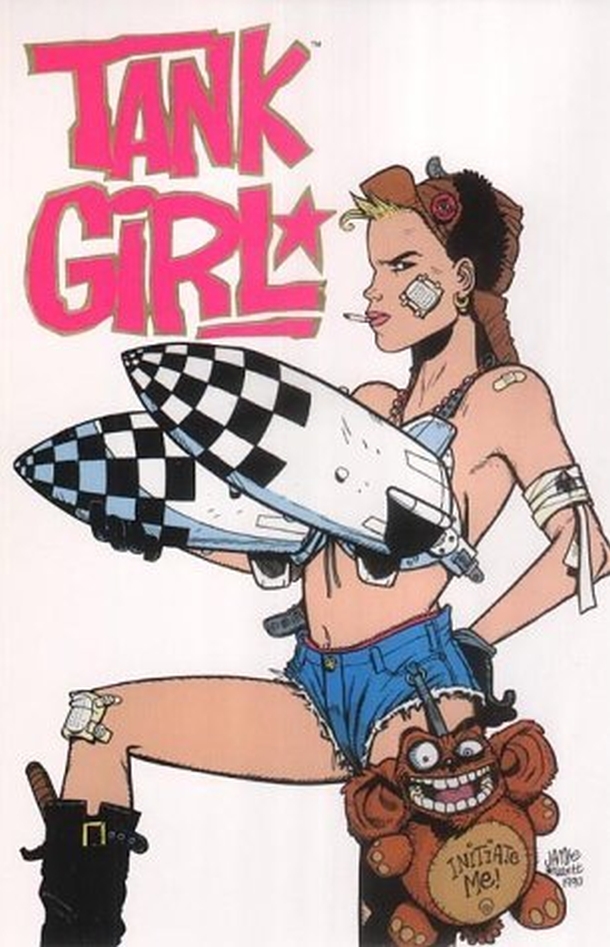 It’s her lack of concern about what the masses think, her own belief in what she thinks is right and her ability to just do what we’ve all had the urge to do at least once (just blow it up!) that makes her the perfect, if slightly smelly, damsel undistressed.

Tank Girl has re-emerged in some comic stores. But for me, if it’s not Martin AND Hewlett, it’s not my favorite flavor of Tank Girl. They did it so perfectly the first time, that I have difficulty really letting myself go with a combination that isn’t them. At the same time, Martin is a great writer and Warwick Johnson Cadwell’s art might speak to you. So if you see it around, grab it and buy it and read it. In that order.

If the artwork in the newest offerings don’t thrill you, then grab volume 1 of the Tank Girl trade paperback. While the story lines really aren’t all that chronological, it helps to begin at the start, so that when things get really strange you’re in the right mindset to understand them. Go from there.

After that, I thoroughly recommend laying your hands on The Cream Of Tank Girl book. (Then you can find out what they mean when they say “You ate my lovely”).

Who do you show Tank Girl to?

Probably not your mum or anyone under the age of 16.

If there’s a young person in your family or group of friends, who’s about to leave home for the first time or tends to be rather timid….Show them Tank Girl.

Sure, they might shave their hair in strange patterns and start marching against an ‘oligarchical system that keeps the common person down’. But I think it’s important for young people to have goals and anarchy is a TYPE of goal, right?