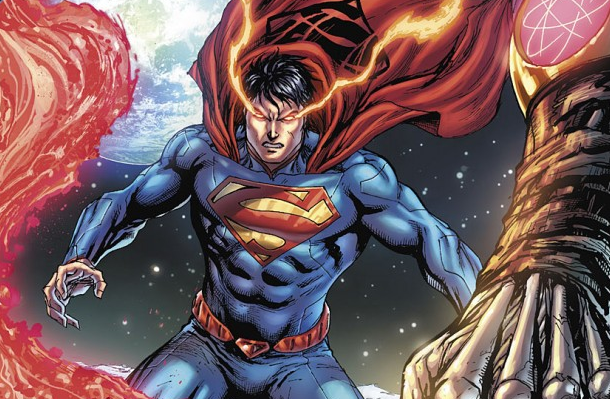 Action Comic #22 is DC’s latest comic book in a series devoted to Superman, Superman and more Superman. With the last story arc wrapped up nicely in Action Comics #21, what new adventures are in store for the Man of Steel and is it worth your precious time. We’ll let you know in Geek Insider review of Action Comics #22!

Action Comics #22: Get Up To Speed

Those who read Geek Insider’s review of Action Comics #21 will remember that writer Tony S. Daniel successfully and satisfactorily wrapped up the fragmented plot left behind by Andy Diggle after he left the company following his work on Action Comics #19. Now with Action Comics #22, we see the departure of Tony S. Daniel with writer Scott Lobdell and artist Tyler Kirkham taking up the reigns. But with the series’ phenomenal initial run with Grant Morrison still fresh in readers’ minds, does Action Comics #22 have what it takes to wow us once more?

Unlike Action Comics‘ first 18 issues, which took place five years in the past, and Action Comics #19-21, which followed Clack Kent’s exploits one year ago, Action Comics #22 stands in present day of the DC Universe alongside most of the “New 52” series.

The issue opens with Green Lantern villain Hector Hammond using his super-human intellect to build a planet destroying weapon. His plans are swiftly foiled by what can only be described as a green-skinned space orc who destroys the weapon in the name of his knightly order, Pax Galactica. Meanwhile, Clark and his business associate Cat are attending a movie premier to both promote, and acquire content for, their entertainment news website. Hector Hammond uses his telepathy to call for the aid of Superman, resulting in a confrontation between the Man of Steel and the powerful space orc.

Even to those who have read the entire run of Action Comics thus far, Action Comics #22 will be a little confusing. Hector Hammond’s New 52 incarnation originally appeared in DC’s Superman series, as did his scientific team H.I.V.E. Clark Kent’s departure from the Daily Planet will also be news to Action Comics readers as well as the distinct lack of Lois Lane. Of course, DC are expecting Action Comics readers to be simultaneously reading Superman, but this isn’t always the case and a little catch-up would have been beneficial to many readers. Even so, there’s nothing inherently wrong with starting off a fresh, new story arc, so how does Action Comics #22 fare as a standalone issue?

My one word review of Action Comics #22 would be “Meh”. It’s a completely average issue that doesn’t do anything new or exciting, but isn’t a complete bore at the same time. We’re not told who Pax Galactica are, nor are we given much reason to care. The new space orc character, named Straith, is extremely uninspired and literally looks as though he walked straight from the Warcraft planet of Draenor. Hammond’s debut in Action Comics would have been interesting if not for his lack of actually doing anything of interest. Clark’s attendance at the movie premier doesn’t develop Clark or Cat’s characters all that much and the scene only seems to exist to introduce a new plot point that isn’t elaborated on. 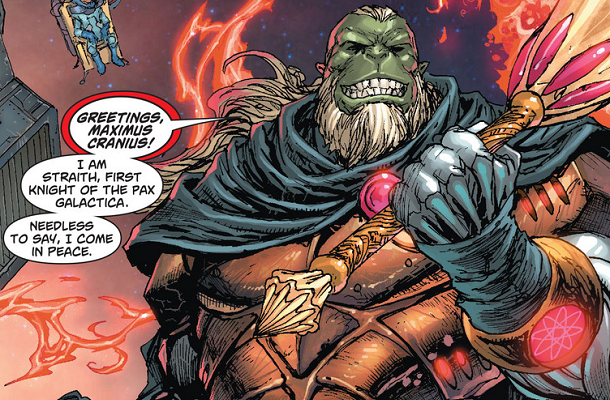 On the plus side, Action Comics #22 contains some ambitious usage of panels which include double page spreads and full page panels, with smaller panels floating dynamically around the action. Solid artwork by penciller Kirkham and colourist Arif Prianto backs up the flow of action and also captures Hammond’s dumbfounding arrogance as well as Superman’s New 52 youth and naivete. As with previous issues, the short strip focusing on Jor-El is fairly interesting and help add some variety to the comic book.

Things Are Amiss At DC Headquarters

The most glaring issue regarding Action Comics #22 isn’t the comic itself, but the direction the series is now being taken. If not for the comic book’s title, readers would be forgiven for thinking they’d accidentally picked up Superman as the most recent issue in that series also features Hector Hammond as its main villain, is also set in present day metropolis and is also written by Scott Lobdell.

As mentioned earlier, most current DC fans will have fond memories of Grant Morrison’s original take on a young Clark Kent coming to terms with his abilities as seen in the original run of Action Comics. Even if DC wanted to let the lengthy story arc rest at 18 issues, there was still more to explore in Andy Diggle’s interpretation of Superman set one year in the past. With Superman, Adventures of Superman and Superman Unchained available for readers right now, where’s the logic in turning Action Comics into “just another Superman series”? Something is clearly amiss at DC headquarters.

Andy Diggle was not the first writer to abruptly leave DC following clashes with the comic book industry giant’s editorial department. Writer George Perez famously walked away from Superman after its first six issues due to being kept in the dark regarding Clark Kent’s backstory, Rob Liefeld left Grifter, Deathstroke and Savage Hawkman due to what he claims was editor Brian Smith’s constant last minute rewrites and Joshua Fialkov ditched Green Lantern Corps and Red Lanterns after having his stories altered and rewritten numerous times.

With this in mind, it’s not too far fetched to think that the lack of direction Action Comics #22 displays may not be down to Scott Lobdell but is may have instead been generated by indecisive editors at DC. Whatever the case, Action Comics #22 is a mediocre comic book at best and offers nothing to make it stand out amongst the many other Superman comic book series available now.

Action Comics #22: What Do You Think?

Geek Insider’s review of Action Comics #22 is less than favourable, but maybe you disagree. Did you buy this issue of Action Comics? Do you read any of DC’s other Superman comic books? Will you continue to read the Action Comics series? We want to know what you think so leave us a comment below!