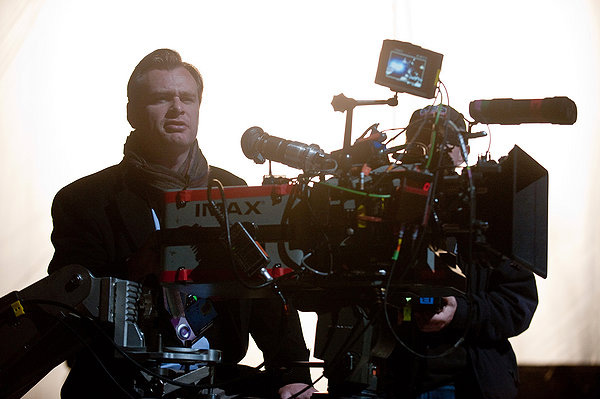 Have you finished mourning the end of “The Dark Knight” trilogy yet? It hasn’t even been a year, but the prominent rumors related to the franchise that we’ve been receiving for the better parts of the decade are definitely missed. Director Christopher Nolan is keeping busy post-Batman. He co-wrote and produced this summer’s Superman film, “Man of Steel” and is also in pre-production for a new film, “Interstellar.” Those projects are exciting, but the latest rumor regarding the director will have him introducing himself as Nolan, Christopher Nolan.

The Daily Mail has reported that Nolan has been approached about potentially directing the next James Bond film. Nothing is official and it still seems like a bit of a long shot, but the concept of having one of the hottest directors around take over a top franchise like 007 has the internet boiling over. “Skyfall” director Sam Mendes exited the franchise for the 24th installment leaving the door open for a high profile replacement like Nolan.

The biggest obstacle with securing “The Dark Knight” director comes with scheduling conflicts regarding “Interstellar.” He’s obviously committed to that film and it’s doubtful a studio would want to put a profitable franchise like Bond on the shelf for a second longer than it needs to be. Series star Daniel Craig is signed on for at least two more appearances as Bond. So the combination of his gritty portrayal of the character and Nolan’s dealing with internal struggles of characters has the potential to be a ground-breaking, and dare we say it, Oscar winning combination.

When Nolan took over the Batman franchise with “Batman Begins” in 2005, he had the task of rebooting and refreshing the series that had grown sour with glow in the dark paint and cheesy one-liners in the 1990s. “Begins” was successful but is ultimately viewed as the younger brother of the two massive sequels, “The Dark Knight” and “The Dark Knight Rises.” There’s no doubt the first film was necessary, but it was more of an establishing moment. Nolan wouldn’t need to do that with Bond. Since Craig began playing the character, the hero has been brought back to Earth from the ridiculousness of some of the past films. In “Skyfall” the audience finally began to learn a bit about Bond’s past and see him at his most vulnerable. That’s the character’s “Batman Begins” moment. Now Nolan can come in and amaze us like he did with The Joker in “The Dark Knight.”

The more I talk about it, the more I think this move makes sense for everyone involved. But as we’ve seen with “The Prestige” and “Inception,” Nolan still has a desire to do non-franchise films. After all, Warner Bros. has essentially given him free reign over the DC Universe and he’s passed on it. If I had to guess, I would say that Bond 24 doesn’t have Nolan behind the camera when it begins filming. He already has other stuff going on. When you have Anne Hathaway and Jessica Chastain attached to star in a film, like Nolan does with “Interstellar,” you don’t just jump ship for another project.

That doesn’t mean we won’t ever see a Christopher Nolan James Bond film. I imagine its coming. If you become one of the biggest directors in the world, show prowess with a beloved franchise and happen to be from England, the James Bond conversation is in your future. Keep an eye out for “James Bond Rises” coming to a theater near you.