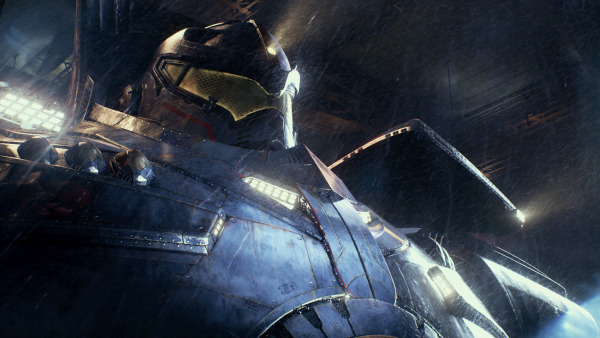 It may be hard for some to believe that there was a time when movie directors didn’t have celebrity status alongside the actors that appear on screen. Now we have more successful and unique directors than we can even count. We can often identify a director by the look and feel of a film. If you know what you’re looking for, you can see the lens flare of JJ Abrams in “Star Trek” and “Super 8,” the exorbitant property damage of Roland Emmerich in “Independence Day” and “2012,” and the plot twists of M. Night Shyamalan in “The Sixth Sense” and “Signs.” But what if we took these directors outside of their comfort zones and switched their movies? We’d get some interesting visuals. This is our summer movie director swap.

“The Great Gatsby”
Phillips wants to make “Gatsby” more modern and I’m not talking about a Jay-Z led soundtrack. Gatsby is a modern playboy who throws huge keggers at his beach house. Every morning he wakes up with a house full of naked girls, empty beer cans and vomit. But Gatsby has a past. It turns out he was :gasp: a mathlete in high school! His frat buddies disown him.

“The Hangover Part III”
Frequent Luhrmann collaborator Leonardo DiCaprio replaces Zach Galkifianakis as Allen on the wolf pack’s final adventure. DiCaprio alters the character’s craziness to fit with actual mental disorders. His exposition with Bradley Cooper earns them both Oscar nominations. Ed Helm’s performance includes a lot of crying, but he is snubbed at the award shows. Las Vegas has never looked so glamorous.

“Star Trek into Darkness”
Del Toro pulls back the focus from the crew of the USS Enterprise a bit and plugs in a handful of alien species. The story is more focused on the human- alien interactions. We also get a lot of scenes with the crew playing fish out of water in foreign places. Think “Hellboy II” and “Pan’s Labyrinth.”

“Pacific Rim”
With Abrams at the helm, “Pacific Rim” is repurposed as a sequel to his 2008 film, “Cloverfield.” It turns out the original monster came from the same trench as these new monsters, but in this case the government has a fair chance. The gritty rain filled visuals are brightened up in order to provide a cleaner, lens flare filled robot vs. monster war.

“Man of Steel”
The master of disaster, Roland Emmerich, keeps the humanizing elements we see in the trailers for the upcoming Superman flick. But when a teenage Clark Kent falls out of bed one night, he unleashes a powerful earthquake that rocks the nation. In his final battle with General Zod, their back and forth leaves New York City in ruins because with Emmerich, New York City is always in ruins.

“White House Down”
Zack Snyder’s expertise with epic films brings the conflict inside the White house to the next level. After a long build up and character development, Channing Tatum loses his shirt as he and a small group of secret service agents take on the larger group of enemies in hand to hand combat. (Think “300”) The fate of the free world plays out with Tatum falling to his knees after the final blow, the President wounded in his arms. Sounds like a great summer movie.

“After Earth”
Justin Lin keeps the Smiths crashing down in unfamiliar territory, but instead of human killing creatures, the Earth has been taken over by modern-day Miami. Jaden Smith tries to track down the engine part they need to get home, but he’ll have to navigate shady chop-shops and underground illegal drag racing. He and poppa Will Smith decide to trade in their ship for a souped up Mustang and ride off into the sunset. “Ride or die.”

“The Fast and Furious 6”
Vin Diesel and company are hard on the trail of a group of mercenaries in fast cars. It’s a long back and forth battle as they try to catch them. The usual muscle cars and pretty girls are on display. Then in the film’s last act, the two gangs come face to face. In true M. Night Shyamalan fashion, the enemies remove their helmets and they’re exact clones of the good guys! Minds are blown. It turns out they’re alien doppelgangers who need to drink gasoline to survive.

So there you have it. We don’t realize how close we are to having some absolutely crazy movies out there. The summer movie director swap is definitely intriguing. Come on movie studios. Let’s get these ideas green lit as soon as possible.