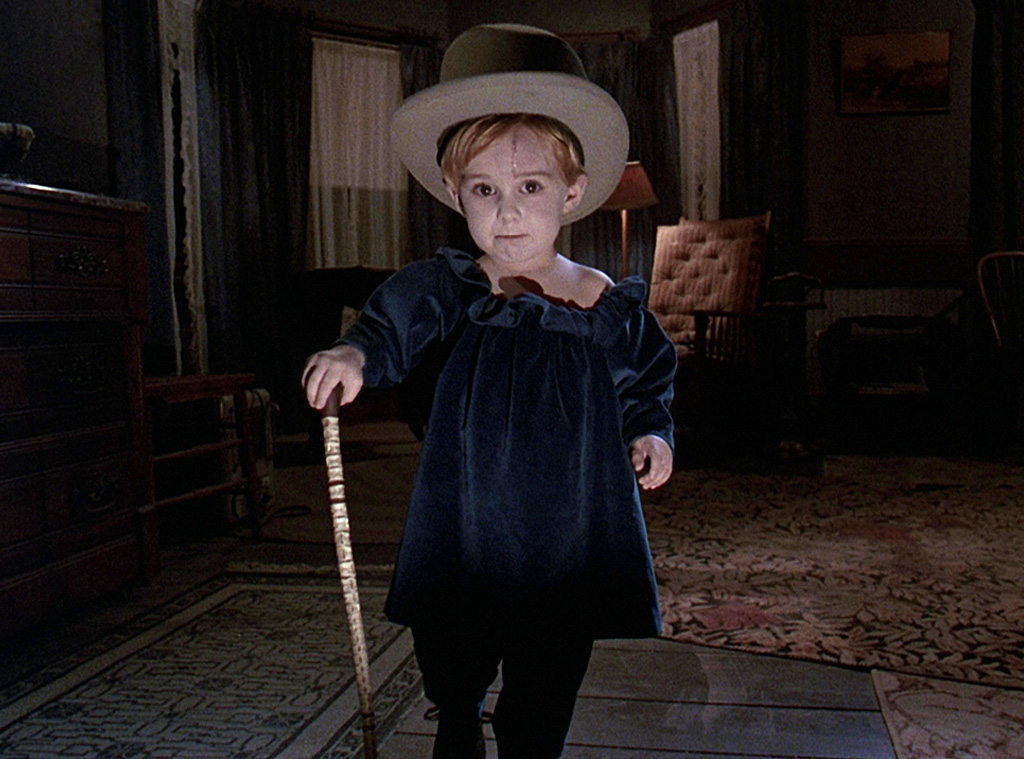 Children die in movies all the time. They get sick, are involved in disasters, or just die as a result of natural causes. This is seen as acceptable in the eyes of the public, but is it ok for horror movies to kill off children? There is a difference when a child dies in a horror movie in contrast to a regular movie. Their deaths then become more gruesome and their innocent nature is preyed upon in a horrific manner. Is it appropriate for children to get this kind of treatment in movies and is it becoming more mainstream? AMC just released the mid-season premiere for The Walking Dead’s sixth season. Going into the premiere I was filled with trepidation. The previous episode ended with Rick and the gang leaving a walker filled house covered in walker guts and blood so that they could blend in with the walkers and not get munched on. The final scene featured Sam, a little twelve-year-old kid, freaking out and calling out for his mom and then the screen fades to black. With the release of the latest episode it became apparent to me that Sam was a goner. There was no way that he was going to survive this new world and especially this intense situation that he was put in. He was not built for it. Of course I watched the episode and he met his demise and I for one was grateful that it was not very graphic. You see I was filled with so much anxiousness because I can’t stand bad things happening to children in horror movies.

The fear is a legitimate one and one that I have always held on to. I can remember as a kid watching the 80’s version of the film, The Blob, that contained a scene where an older sister had her two little brothers in a sewer attempting to flee from the monster that wished to devour them with its flesh burning substance. With just a little farther to go until they were able to escape, one of the brothers is taken and meets his end. The scene is horrific to view. This is mostly because one cannot help but put themselves in that situation. Though it is an unrealistic one, it still plays on the heart-strings of the individual viewing it. I put myself in that situation and imagined if that was my brother that was taken by something so monstrous and the fear and pain that they had to experience.

Another famous movie scene from the first Jaws film plays out in this same fashion. Everyone is on the beach and enjoying the sun and the fun when the mysterious shark comes out of nowhere to devour a child that is swimming in the ocean. A later scene reveals the pain and anguish his mother experiences as a result. How can a parent not relate to the grief of the stricken mother?

Is It Ever Too Much?

It’s rare for mainstream horror movies to make this a frequent practice. Society would probably be to abhorred at the sight of children being mauled and killed in a malicious manner over and over again. American culture is being more cultivated to accept viewing these things and torture porn movies . Remember when Gone in the Wind struck a nerve with the dropping of one single obscenity. We have moved well beyond that. Is it ever too much? Will society become more and more numb to these changes and one day accept film in the cinema that portrays the frequent killing of children in horrifying manners. These movies do exist, but they are not so mainstream as of yet.

One example is the recently released movie Cooties. In this movie children are portrayed as zombie like creatures at a local school and are attempting to kill off all the adults and the adults fight back in defense of their lives. One of the characters in the film actually questions the action and wonders if killing the children is ok. They agree that it is and continue killing.

Maybe such depictions are becoming more and more accepted. Is it because we have become more immoral as a society and numb to such things, or is it just ok for killing kids to occur in film because it is not real life? I for one find it hard to swallow and can’t stand to view such images. It hits too close to home and plays on my greatest nightmare that something horrific will happen to my children.