Charting the Failure as Solid-State Veteran OCZ Goes Under 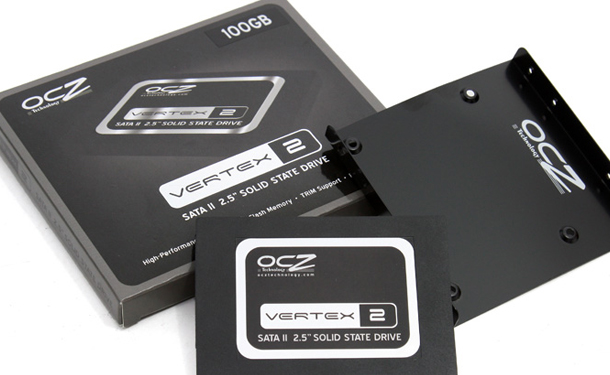 Having filed for bankruptcy last week, OCZ has now agreed to offload its assets and brand to Toshiba for $35m. It marks a subdued end for a company which played a prominent role in the popularization of solid state technology. Let’s work through the reasons behind its initial success and subsequent fall, and assess the likelihood of it surviving in some other form.

Around five years ago, when SSD prices had come down far enough for regular consumers to start considering them for their desktops, there weren’t too many options. OCZ offerings under the Core and then Vertex lines were very cheap and functioned well enough, making them very attractive for early adopters unwilling to stump out massive amounts of money for unfamiliar technology. As it is, the first widely reviewed drive, the Core SATA II, cost just over $250, making it fairly daunting.

As people began to be sold on the benefits of SSDs, OCZ products were present in abundance. Most tech-savvy buyers are fairly careful and read plenty of reviews, but the disparity in price was so large—and the prospective increase in performance offered by more expensive models so abstract and seemingly minimal—that OCZ drives typically won out. As it happens, however, expensive system builds from technology magazines opted to shirk them; I’ll explain why with the assistance of some anecdotal evidence.

I’ve had a total of three OCZ Vertex 2 drives in my life, and I’m using one of them right now. That said, I’ve only purchased two, and I didn’t steal any; I’m not a thief, barring my occasional attempts to steal confectionery from toddlers. I bought a 60 GB drive to use for Windows and a select few performance-intensive applications—Photoshop, some games—and it did a pretty good job until one day it didn’t. Managing to fail so utterly with no moving parts is tantamount to a parlor trick in my estimation. Anyway, I sent it back as per the guarantee terms, but I wasn’t willing to wait that long for a functioning drive and bought a second of the same type. When the replacement drive showed up, I used it as a secondary drive… until it failed, that is. I couldn’t even muster the effort to remove it, and it’s still lazing about in my computer doing nothing useful whatsoever, having seemingly learned from my example.

Time went by, prices dropped massively, and SSDs became even more viable in the wake of the factory flooding in Thailand which sent the cost of conventional drives way up. As competitors introduced more affordable models, OCZ lost their edge among the budget-conscious, the one thing that had been keeping their business going despite their reputation for instability. As noted here, their CEO Ralph Schmidt has readily admitted that they ultimately could not compete in a field that filled up with big manufacturers in a very small amount of time. Their decision at the start of 2011 to abandon RAM so they could focus on SSD production now seems rather poorly reasoned. Another cited reason is the cost of NAND (flash memory), of which Toshiba is a leading producer.

It’s not yet clear if Toshiba will attempt to honor OCZ warranties once they have completed the acquisition process and no longer need to maintain the company’s operations. AnandTech quotes them as saying that “warranties will be honored and their support status will remain unchanged” but is awaiting confirmation of any further details.

As for the company itself, well, something of it will survive, but it’s tough to say how much. Toshiba could conceivably do very little with it; after all, they might have bought it solely to stop anyone else doing so. I’m sure the employees will be kept on, though, as their expertise will likely prove invaluable in the near future.

The SSD industry as a whole is growing very rapidly now. While flash drives can’t quite offer storage space as cheaply as hard disk drives, the trend is with phones, tablets and tablets, devices requiring speed and low power requirements above all else. That means money, and a lot of it.

If I were in command of Toshiba, I’d offload the remaining stock warranty-free at discounted prices—knowing how much people love electronics sales–then provide OCZ employees with substantial financial backing (Toshiba being a huge company and easily able to afford it) to produce a new line of SSDs with a thorough testing process and a new name. Considering what they stand to gain from selling drives over the next ten years, $35m is nothing.

10 Most Ridiculous Video Game Weapons of All Time