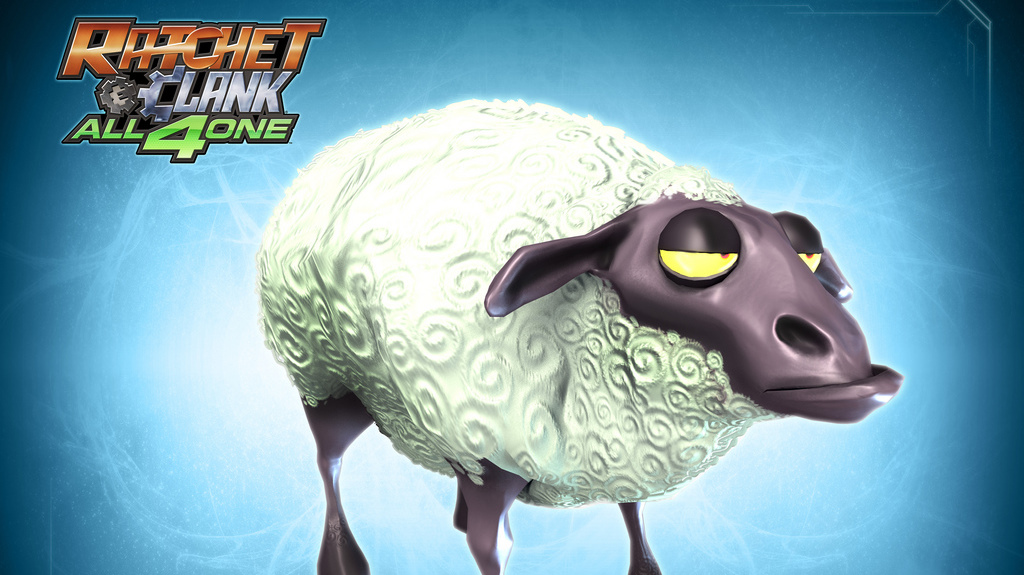 Video games are, in essence, fantasy worlds. They allow us to leave reality for a little while and do impossible things with our avatar (flying, beating up giant armored turtles, racing $200,000 cars at 200 mph) with no fear of being hurt. To defend ourselves in said fantasy worlds, we need something equally fantastical. Some game creators think up really clever weapons that would be awesome to have in real life…while others must have been smoking crack when they imagined what weapons with which they wanted us to battle. I’m sure there are tons more I haven’t experienced first-hand, so please feel free to comment with your own ridiculous weapons.

Even before we get into the ridiculousness of the weapon, the character himself is pretty laughable. He’s so weak, but voiced by none other than Jon St. John (otherwise known for voicing Duke Nukem). Big has pretty large hands, and could easily throw a hefty punch with all his weight to back it up, but instead he uses his fishing rod to beat bad guys. And not in a cool way, he literally just hits them with it.

Lulu is such a bad-ass. She’s tough, hot, dressed pretty cool…but yet carries around dolls. And she doesn’t carry them in a rough way that might make it acceptable, like she’s the type to rip their heads off and stuff grenades down their necks or something. She just cradles them in the crook of her arm, in a gentle and nurturing way. The dolls barely deliver damage, simply toddling up and bumping into their opponents. Using a doll when she has black magic spells she can summon instead is just stupid.

While ridiculous in essence, this weapon is actually somewhat powerful. When a worm calls her up to attack, she hobbles towards the enemy (very, very slowly), while muttering to herself. Once she’s within reach of the target, she explodes, taking them out with herself! She is literally dynamite wrapped in a pink dress.

This is technically not a weapon on its own, it must be combined with a gun already in play. It’s more of a weapon enhancer. One might think this gun fires live cats, similar to the cow gun from the South Park game, but it does not. The weapon works as a silencer for your shotgun or machine gun. You need only stick your gun up the cat’s heinie, and all your shooting is hushed for a stealthy attack.

Guess what this weapon does? …If you guessed “turn your enemy into a sheep,” then you’re right! That’s literally all it does. If you are lucky enough to get an upgrade to the Black Sheepinator you can also make your enemies explode after sheepifying them!

If you planned ahead of time and purchased the Professor Genki’s Hyper Ordinary Pre-Order Pack, you are one of the few who have access to this super silly weapon. It is only available as a pre-order bonus item, but totally worth it. The bright pink and green weapon fires live octopuses that attach to your enemy’s head and make them break into a crazy dance, become confused, and fight for your team.

Not only is it ridiculous that the yo-yo is being used as a weapon, but the amount of power behind this yo-yo is just crazy. How can a little piece of plastic on a string be more powerful than, say, plasma balls? It just doesn’t make sense. Nor does the fact that Kirby must don a backwards baseball cap to wield the yo-yo. Well, it was the 90’s…

The knife is similar in power to Kirby’s yo-yo; it has an obscene amount. The knife allows players to lunge, from several feet away, and instantly kill an enemy no matter where the knife lands. Just a simple grazing of your opponent’s hand is enough to defeat them. It’s more powerful than the rocket launcher, grenades, machine guns, and most other weapons in the game.

A cute little unicorn who farts a rainbow laser beam of death. Your character holds him very similar to Ace Ventura and the skunk, aims his adorable tushie, and lets rip! He’s actually very effective against enemies, which is why he wasn’t unlocked until the demo was downloaded over a million times. Mr. Toots is hiding in a secret area; at the end of Marauder Defenses you can look for him. Or you can just beat the game and buy him with salvage, it’s up to you. He’s definitely worth it!