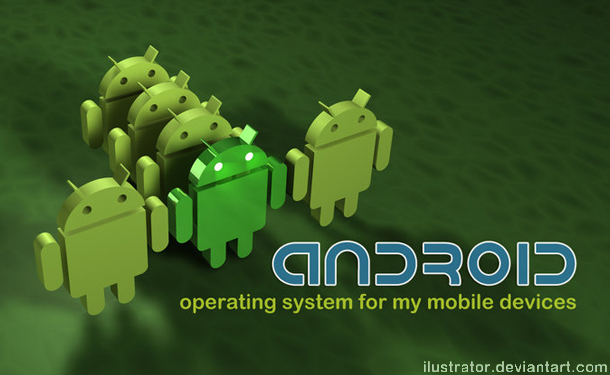 There are three main players in the phone OS market, but I only really see the appeal of Android. Well, that’s not quite true; Windows Phone and iOS by all accounts are very handy, being stable and powerful and lots of other good things. I just don’t know if I’ll ever find myself desiring anything other than an Android handset as my main device. Take a seat (if you’re already seated, stand up and sit down again) and I’ll tell you why. Oh, the excitement!

I hate—I stress, hate—the CRT screen-off animation Google has used since the release of Gingerbread. I don’t need or want to imagine that I’m using an old-timey television set while I’m using my slinky whip-smart superphone from space, which is why it’s so irritating that it cannot be toggled by default. No matter, though, because there are plenty of custom ROMs allowing this nightmarish effect to be disabled, along with frameworks and toolkits and patches and guides on assembling this and recompiling that and—

It’s alright. I’m calm. I’m calm because when I press the power button on my phone, the screen gently fades away, like a futuristic door gently sliding shut. If something bugs you on an Android device, there’s a pretty decent chance someone out there has done something about it. If you’re willing to spend a frankly stupid amount of time messing around, you can satisfyingly stamp out your miniscule irritants. The topic of time, though, leads me into…

One day, I’ll be a proper sophisticated man-about-town professional something-or-other, with business meetings and dinner parties. I’ll actually use a calendar, and have engaging and witty Twitter exchanges. I’ll even have plenty of things to take blurry snaps of and show off online to the delight of my many, many social acquaintances. In short, I’ll genuinely need all the things I spend so long configuring on my phone.

Until then, though, I’ll just… prepare. I’ll make sure I have the latest version of an app, or get my wallpaper just the way I like it, or adjust the animation speeds to be the perfect blend of smoothness and functionality. I especially like to mess around with custom ROMs because each one offers a new experience. It’s just like when you buy a new computer and it’s a glorious blank slate with everything there to be done, all the choices to be remade. The everlasting opportunity for reinvention.

If I had an iPhone, I’d be so bereft of tweaking busywork that I’d  just be sitting there looking at it for hours, waiting for something to happen. I’d prod the buttons, move them around a little, but it wouldn’t be the same. What else would there be? Changing the volume? There’s always jail-breaking, but it’s relatively limited as far as I know (if you vehemently disagree and wish to purchase me an iPhone for the sake of proving me wrong, please go ahead.) I’d have a phone just ready to do stuff. Sitting there in my palm, mocking me with its silence. Oh, did you think someone would call? Nope. No messages, either. No system issues, no updates to be installed. ARE YOU NOT ENTERTAINED?

Ahh, a chill just ran down my spine. That way madness lies, at least for now. Sure, on occasion I miss a text message because I’m performing a system wipe, or lose a photo I forgot to back up, but for the most part the modifications don’t interfere with the humdrum services I require of my phone. They help me focus—give me something for my brain to process. They’re invaluable when I’m bored, which is unfortunately often. Some people arrange flowers, or play Sudoku, but this is my self-selected Sisyphean struggle. Pushing my phone up the hill of software perfection, only to have it roll back down every time there’s a new OS version out, or a new camera app, or…

I can confidently say that I don’t want a finished and perfect phone, and not just because such a thing would be ludicrously expensive. My phone says something about me in a way that an iPhone or a Blackberry or a Nokia Windows phone likely never could. I shape it to my liking, hold it close as something that I can control, a tangible reflection of my efforts. I get from it what I put in. For me, it’s been something of a training device for life in general.

World of Warcraft Movie Release Date Pushed Back to 2016

10 Most Ridiculous Video Game Weapons of All Time