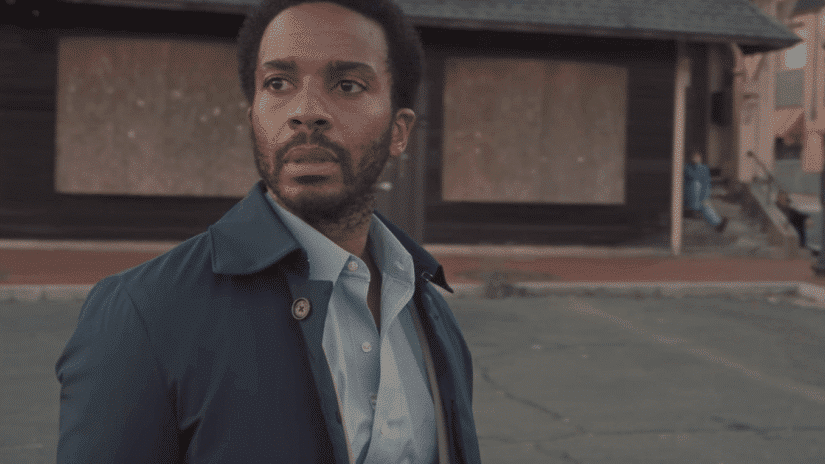 Castle Rock is a town wrought with sin. Every nook, every cranny holds the secrets and sins of those who came before. In a town this small nothing goes unnoticed, but some sins are forgotten more quickly than others. Take Warden Lacey for instance. In the fall of 1961, headlines ran about the boy’s body found out by the train tracks. Young Lacey took a hard hit during the football game and the crowd looked on with held breath. But he was not the Lacey to be worried for. At that same moment his younger brother, the school mascot, held his breath as he jumped from the school rooftop. It is our sins that keep us sane. Our sins also are the keys to who we are and who we will become.

“Pick a house, every inch is stained with someones sin.”

Many people of Castle Rock often claim it was the town that made them do what they did. To Warden Lacey, those people were right. He prayed to God for instructions and guidance. He did so for a long while, fearing it would not come. Until one day god answered. God told him exactly what to do.

Henry Deaver, determined to understand more, calls upon Warden Lacey’s wife. He neglects to divulge the true reason he wishes to search through the Warden’s things and when she discovers who he is, she demands he remove himself. Henry doesn’t find much in the officer of the Warden. What he does find is odd and irregular. Warden Lacey has a collection of articles in a manila folder that span years. Each one a mark of the sins of Castle Rock. He also has a hoard of used verse-of-the-day calendars that all stop on the same page: Acts 16:33.

Warden Lacey claims in a letter he wrote to Officer Pangborn that God told him to build a box. He told him how to build it and what to build it out of. He also divulges in the letter a piece of evidence as to why he would do such a thing. Officer Pangborn seeks out the new Shawshank warden in a hotel bar. What he tells her is more puzzling and disturbing than the words Warden Lacey wrote:

“He thought The devil was just a metaphor, but now he knew the devil was a boy. He had caught him, and he had locked the devil in a box.”

The devil was a boy he had locked in a box.

While Zalewski is monitoring the CCTV cameras he is privy to something disturbing. The Kid has escaped and is killing all the guards. Zalewski hits the panic button and enters the code to a box holding a gun. He walks through the prison in search of The Kid. Instead of The Kid he winds up face to face with the other officers. The ones whom he had just seen murdered via the CCTV cameras.

Molly Strand is certainly one of the more mysterious of the Castle Rock characters. In episode one we see Molly go to her basement and dig through a dingy box. The contents of which are an aged newspaper article of the missing Henry Deaver, and a red checked hoodie. At first it appears she may have a fascination with Deaver, or maybe a crush. In episode two it seems to be an obsession. When Molly meets her sister for lunch we learn that she has had issues with prescription pills in the past and has always been a bit of a flake.

Molly is determined to change her future and with a feature on Local Color, a television show. She wants to mortgage her parents house for the $40,000 it will take to begin the reconstruction of downtown Castle Rock. Instead of asking first, doing later, she signs her sister’s name and submits the paperwork. We also learn that Molly has been hiding more than a few things.

As a child Molly and Henry were not just neighbors but somewhat friends. Molly has always had some sort of connection to Henry. She also may very well know more than she leads on as to what happened the night Henry went missing. She saw Henry get into a car with his father earlier that night. When the police came to question her she showed fear and let a tear slip from her eye. The officer mentions how cold it is outside and how warm it is inside. When he leaves though Molly pulls down the blanket and we can see her breath. How is that possible when the officer had just mentioned how warm it was inside?

To make matters more mystical we learn that Molly has some sort of undiagnosed psychic ability. Something no one around her seems to believe or understand which has made Molly a recluse.

The new warden has not determined what to do with The Kid. She determines to move him to the general population in solitary. He is roomed with a not so kindly gentleman who has an affinity for nazi culture. Adolf, as the guards refer to him, attempts to intimidate The Kid. As he gets closer the kid whispers, barely audible, “You don’t want to touch me.”

A threat? No, it seems more like a suggestion, a favor. Adolf smiles menacingly and we can only assume he does touch The Kid. For the next morning he is found dead, his body riddled with metastatic cancer. So much cancer, in fact, the ME is shocked he managed to be ambulatory at all.

Henry Deaver manages to make some connections and learns the name of his anonymous caller. He becomes familiar with Officer Zalewski and attempts to formulate a plan. He cannot get access to The Kid without knowing his name, and he doesn’t even know what The Kid looks like. Deaver assures Zalewski that whatever happens he will not allow Zalewski to have any repercussions for his help with the Habeas Corpus case. Zalewski vehemently denies any accountability beyond calling Deaver. His wife is pregnant, due in a month, and he has no other career options.

With not much else for a lead, Deaver gets an interesting idea. He joins the prayer group that goes to the prison and hops on the bus, no questions asked. As he goes to leave, Zalewski pushes The Kid out into the sun and Deaver captures his appearance on camera.

And finally, the one question we all want to know: What happens if we let the kid out?

Keep your eyes open and watch your back. Secrets don’t stay hidden for long in Castle Rock, and they follow you everywhere. Isn’t that right Mr. Deaver?

Here’s What I Appreciates About ‘Letterkenny’ Season One