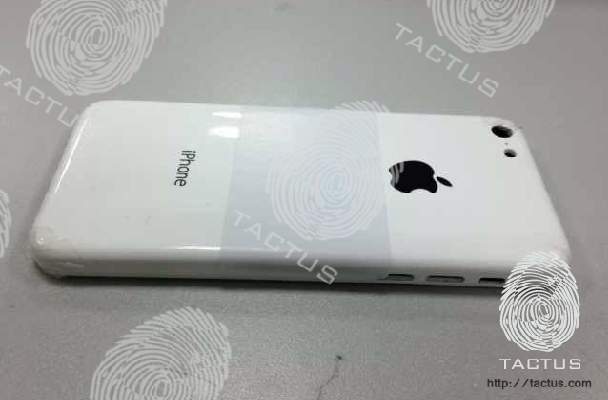 So far, Apple has consciously stayed out of the budget market segment and marketed the iPhone, or in fact, all its products as premium high-end devices. Lately, however, the internet has been abuzz with multiple analysts and sources claiming Apple’s strategy might just have changed.

Apple is expected to launch TWO versions of the iPhone this year – a budget iPhone 5S, and the regular premium iPhone 6.

Unlike Europe and USA, most emerging markets do not sell phones on contract – and consumers have to pay the price of an unlocked device to purchase a smartphone. This makes Apple a very expensive option. To counter this, Apple seems to be ready to shed some of its brand value and launch a budget iPhone to attract these consumers. The Wall Street Journal had also supported this theory in early April.

What we have right now though, is case-manufacturer Tactus claiming to have photos of this budget iPhone, and they’re available on its blog. There is no evidence to support the authenticity of these pictures, but Tactus claims to know a lot about the device, including the pricing. We’ll just have to take the details with a pinch of salt.

According to the blogpost, the phone is expected to be 9mm thick, with a height of 120mm. The width can range from 62mm to 65mm.

The phone is expected to share a lot of characteristics with the iPhone 4. The standout feature – the build, could be constructed from plastic polycarbonate. No premium feel for this low-cost device. But will Apple really change its strategy that drastically, just for extra market share?

The processor could be an A5 – the same that powers the iPad mini or the 2 year old iPhone 4S. The camera is expected to be capable of 5 megapixel images.

The budgetary specifications continue – the screen size might drop back down to 3.5 inches – common to all iPhones except the latest iPhone 5.

The device could also mark the first time that the iPhone will be available in more than 2 color variants. According to Tactus, the budget iPhone 5S is expected to ship in Black, White, Blue, Red and Yellow.

Tactus had earlier leaked photos of the alleged case of the upcoming iPad 5. Nothing can be confirmed as of yet. We’ll bring you updates as more credible information become available.