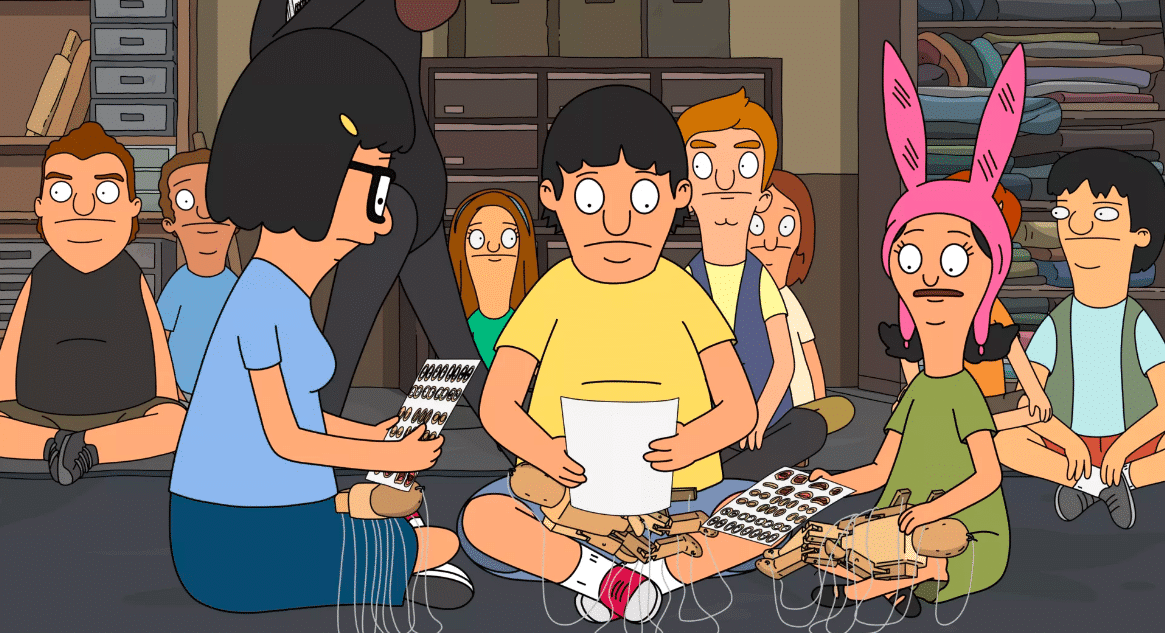 Do all grown-ups give up and become awful?

That’s the question Louise Belcher asks this week, and it’s an understandable question for a kid to have. When you’re young, it feels like every adult in your life is just there to make you miserable and force you to do things you don’t want to do and go places you don’t want to be. Eventually you figure out that they were acting with your best interests at heart (most of the time, anyway), but, at the time, it just feels like the really old people (like, over 30!) just want to make you suffer.

But even kids can tell the difference between the average parent (who forces you to eat broccoli but can at least be human about it) and an Esther (who kicks you out of a field trip just because you actually expect it to be fun). It’s normal for a parent or a teacher to get frustrated with a kid who’s acting out; it’s something else entirely to choose working with children as your chosen profession and then act like you hate children.

Don’t get me wrong—I’m not judging teachers or parents. I actually have experience with both, and I know it’s not easy. I also know that a career choice that made sense at one point doesn’t always work out over time. Maybe we think we know what we want to do with our lives, and we work really hard to get there, and then we find out it’s not what we thought it was going to be. But we’re stuck with it because of all the time and money and energy invested in it, so we have to make the best of it—even if it doesn’t really make us happy. Or maybe our interests just change over time.

Or maybe we get so caught up in the day-to-day stresses that come with any career that we lose sight of why we were attracted to it in the first place. That seems to be the position Esther finds herself in. Puppeteering was her passion at one point, but then, for whatever reason, it stopped being something that she enjoyed. In her words, “one day the puppets just stopped talking to me.” She blames it on getting old, but I think it has more to do with the fact that the responsibilities of adulthood (not to mention society’s expectations around the way adults are “supposed” to act) tend to choke out our passion for the things we love to do. In short, we think that getting older means we have to stop acting like children altogether.

But it doesn’t. Okay, yes—responsibility is inevitable, and we have to be mature enough to provide for ourselves and those who depend on us while becoming productive members of our communities. But that doesn’t mean we have to stop having fun. And it doesn’t mean we have to give up on the things we truly care about. Louise reminds Esther that puppeteering doesn’t have to be routine and mundane just because she grew up—it can still be her creative outlet as well as her means of making a living. She still has a chance to spend her working hours every week doing exactly what she loves doing—and you can’t put a price tag on that.

While all of that’s going on at the Marionette-Odeum, Bob gets roped into passing out fliers to help a kid who’s trying to earn money to save a sick ferret. And, surprisingly enough, he’s actually pretty good at it once Linda gives him some pointers. Her advice applies to SO many situations in life: “You shouldn’t be doing this at all, but, if you’re gonna do it, do it better.” Somebody should put that on a t-shirt. Or, better yet, just tattoo it on my forehead (but backwards so I can read it in the mirror).

If you’ve missed any of the fun with the Belchers this season, you can catch up with recaps of previous episodes here. And if you don’t live in the US or Japan here’s how to still stream it on Hulu. Let us know if you think we’re on the right track. Agree or disagree, your comments are always welcome.