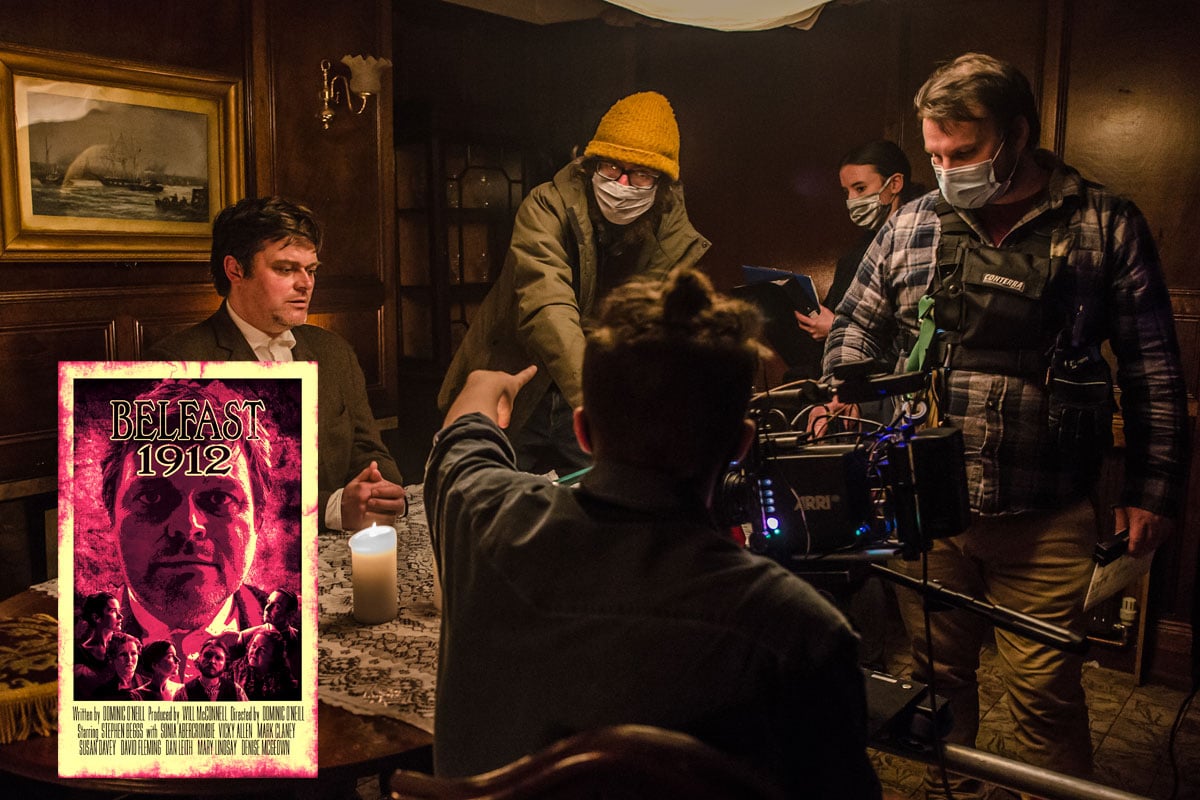 Six unlikely souls gather for a seance in Edwardian Belfast. When a dark secret is revealed, their reality begins to unravel in this unsettling short horror film.

O’Neill is a screenwriter and director working in Belfast. The Irish tradition of storytelling and folklore suffuses his work, and Dominic’s visual style and penchant for the eerie is influenced by British and American horror films of the 60’s and 70’s.

Belfast is my home city and it’s a place full of secrets. I wanted to convey something of the place in this film. The film’s dark secret lays hidden until the moments, when the truth of the title becomes clear, and it’s too late for us to intervene. My interest is in horror that creeps along under your skin, slow burning and strange. I like to use cracks in reality to create a sense of unease.

Belfast 1912 has had great success since it began its festival journey in September 2021: Finalist at the Dark Hedges International Film Festival and American Horrors, and official selection at Vancouver Horror Show, Latest Visions and IndieCork, Ireland.

Vancouver Horror Show will be a Canadian premiere for the film.

Belfast 1912 has been announced as Finalists in the Magic of Horror Festival which will be the U.S. premiere in Richmond, Virginia on November 14, 2021.

Incredibly when we were filming, we found out that the house in Belfast we were shooting in was once home to a Titanic victim, Albert George Ervine, the youngest crew member to die on the ship.