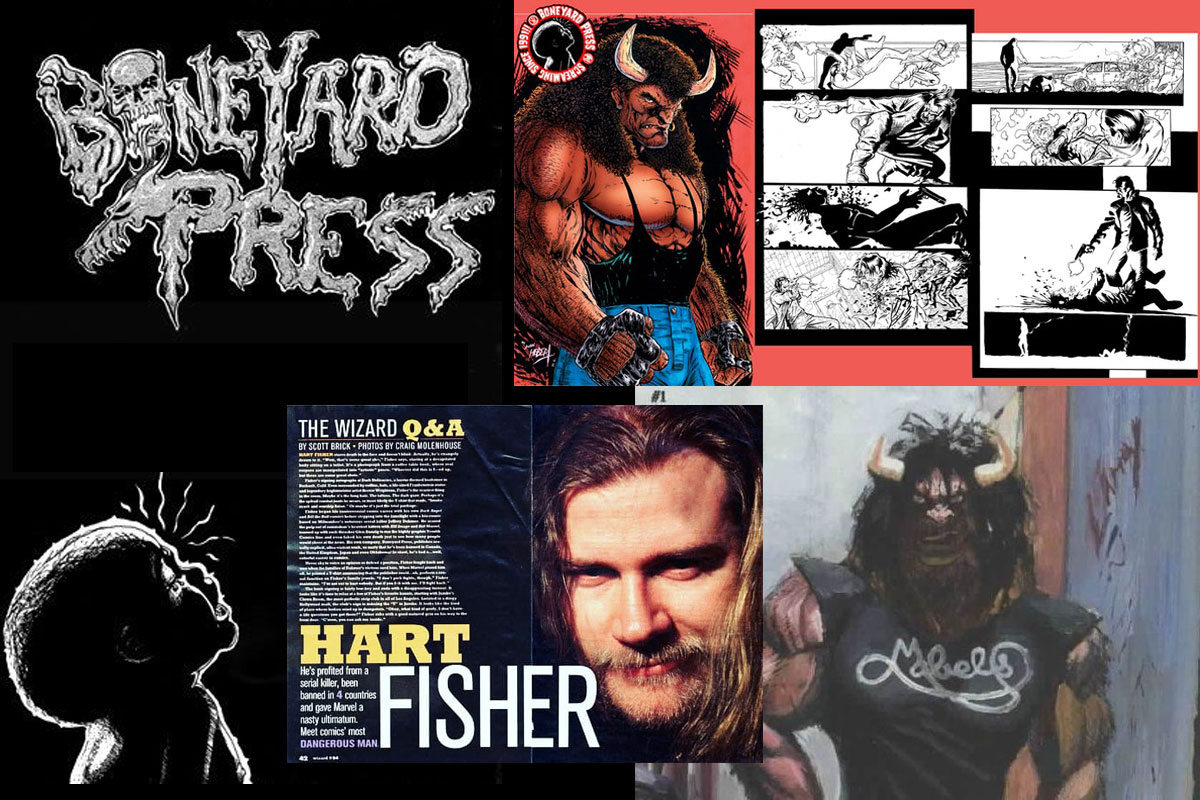 He’s been called the most dangerous man in comics and now Hart D. Fisher, the owner/operator of the linear streaming horror culture TV channel, American Horrors is bringing back Bill the Bull in an omnibus edition to celebrate 30 years of Boneyard Press.

Mr. Fisher is a legendary horror creator whose work has been featured on CNN’s Murder By Numbers, Entertainment Tonight, The Jerry Springer Show, A&E’s Biography, NatGeo’s break out hit The 90s: The Last Great Decade, and in magazines such as Time, People, The Comics Journal, the non-fiction best seller The A-Z Guide to Serial Killers, and most recently in John Borowski’s seminal documentary Serial Killer Culture and American Scary.

When dealing with your average book-burning nazi, always remain calm and reasonable. Keep a cool head, slowly explain that the product is not being sold to children. The huffing and puffing is a reaction, not a thought.

Hart is also the co-creator of the television series Groovey.TV with Guinness Book of Records winner, Groovey Newville, and most for the creation of the infamous Jeffrey Dahmer comic book biography published by his notorious publishing house, Boneyard Press, with his original series of books Dark Angel, Bill the Bull, Flowers on the Razorwire, the Dahmer Comics and Babylon Crush.

The Dahmer comics ignited mainstream media into a firestorm of controversy, a lawsuit by Dahmer’s victims, and a comic book distributor literally setting his books on fire.

Bill the Bull is Chicago’s favorite vampire slayin’, Wendy’s eatin’, crime solvin’ half-man, half-bull thug for hire, and he is making a comeback!

Hart D. Fisher is back to comics in a bullish way. Celebrating 30 years of Boneyard press, the launch of the Bill the Bull Omnibus made sense because it is the IP that launched it all.

“If comics have a pantheon of saints with Stan Lee, Jack Kirby, Alan Moore, Denny O’Neill, and the like on one end, then Hart Fisher is the Devil.”

American Horrors Film Festival is accepting submissions until September 20, 2021, for their 5th year at Emagine Theatres in Lake Geneva, Wisconsin on Halloween weekend, October 29th-31st. There is still an opportunity to get your feature film or short film submitted.

Watch for free on ROKU.