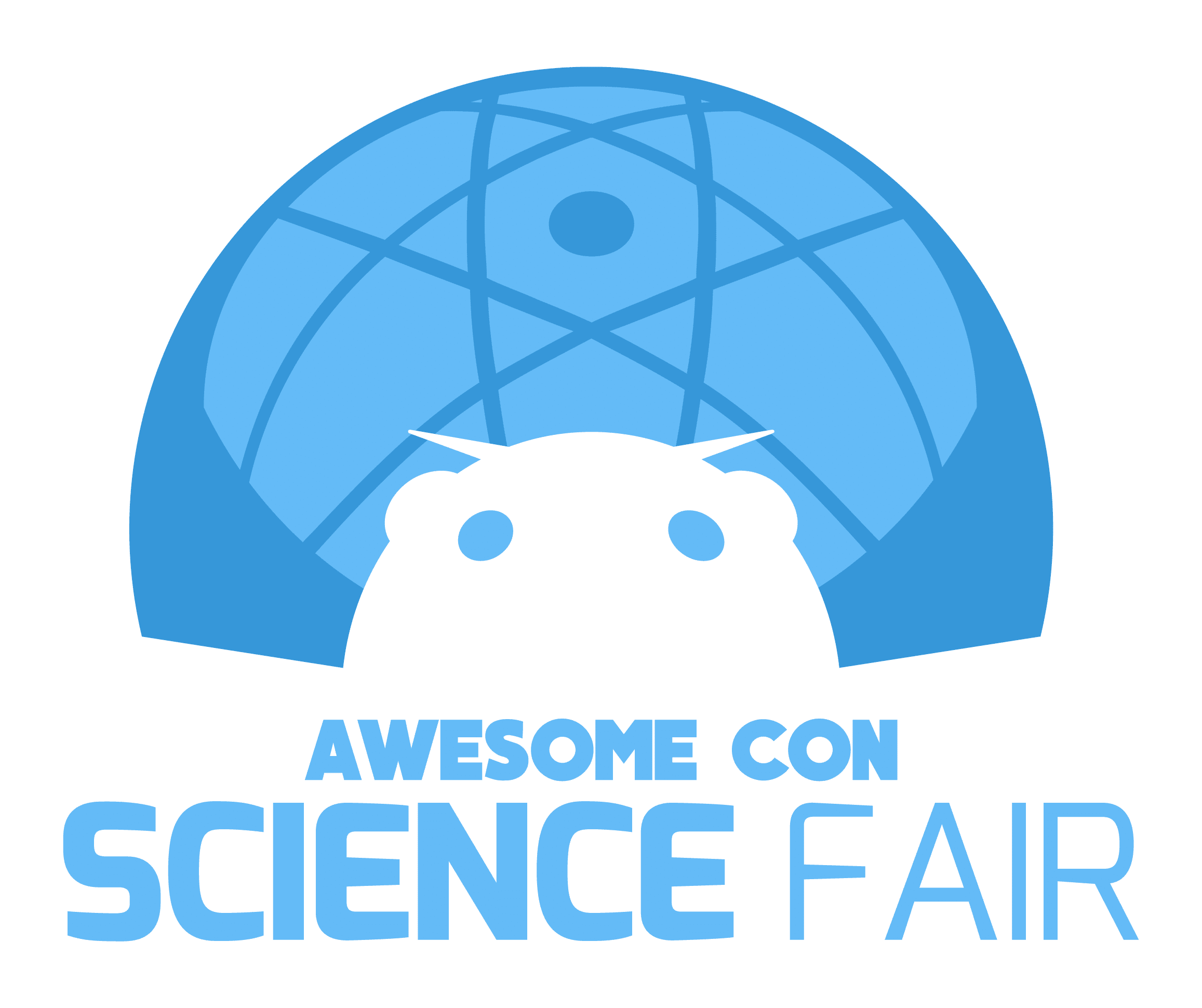 Washington, D.C. (August 9, 2021) – Awesome Con’s science-centric pavilion, Science Fair, returns to the region’s premier comic and pop culture convention, Friday, August 20 to Sunday, August 22 at the Walter E. Washington Convention Center. Scientists and entertainers will come together at the themed pavilion and on stage to connect science and technology with science-fiction and fantasy. Science Fair presents three days of special programming, where science meets science-fiction, celebrating technology, engineering, astronomy and more. This year’s guest of honor is Adam Savage who found fame on the Discovery Channel’s television series MythBusters,as well as starring in and producing content for Tested, a wildly popular content platform that includes a YouTube Channel and website for makers and curious minds.

Awesome Con, now in its ninth year, is thrilled to welcome a range of other leaders and experts from organizations that represent scientific advancement and education across numerous industries. Representatives from the National Science Foundation and NASA Goddard Space and Flight Center will lead programs and workshops throughout the weekend. Attendees of all ages will be able to engage at panel Q&As and discussions as well as hands-on tech demos and workshops, all focused on fostering awareness and enthusiasm for science, technology, engineering, and math (STEM).

“This year’s Science Fair brings unique programming to Awesome Con with breakthrough panels we hope will inspire and empower our future and aspiring scientists, researchers and engineers,” says LeftField Media’s director of marketing, Lauren Dabb. “We have diverse programming for everyone thanks to our longtime partners and exhibitors that bring this pavilion to life.”

Kickstart your Awesome Con weekend on Friday and join Adam Savage on the Main Stage.

Among highlights of this year’s Science Fair programming is “An Hour with Adam Savage” on the Main Stage. Taking place on Friday, August 21, this can’t-miss panel is all about the fans where Savage will answer their questions and will give fans a scientific sneak peek into his mythical mind!

Attendees can meet some of the talented women who work at NASA including Dawn Myers, Nayi Castro, Lora Bleachor, Natalie Curran, and Sabrina Thompson. From how they started their science careers and journey to the nation’s prestigious space agency, attendees will learn the sometimes crazy paths they took to get where they are today and the challenges they’ve faced. (Panel details: “Women at NASA” – 12:45PM – August 21 – Room 144AB)

The National Science Foundation brings together a panel of scientists to discuss the tech behind Star Trek. Teleportation? Androids? Escaping a Black Hole? The possibility of humanoid or other forms of life on other planets? Star Trek contains advances in technology and science that push the limits of the human imagination. Join NSF’s Dr. Samuel Scheiner, Dr. John Nichol, Dr. Joe Pesce and Dr. Timothy Brown as they explore breakthroughs in science that reveal the truth behind the fiction. (Panel details: “Star Trek Tech” – 2PM – August 20 – Room 144AB)

Science Fair will take fans into space with a panel uncovering NASA’s mission to Mars. Earlier this year, NASA’s Mars 2020 Perseverance rover landed on the surface of Mars. ExoMars, a joint program of the European Space Agency and the Russian Space Agency Roscosmos will launch to the Red Planet in 2022. These missions will address key questions about the potential for life on Mars. The ExoMars rover, named Rosalind Franklin, will traverse the Martian surface in search of signs of life. The Perseverance rover will collect and store core samples for a future mission to gather and return to Earth. NASA scientists featuring moderator Scott Guzewich and panelists Lu Chou, Geronimo Villanueva and Giuliano Liuzzi will discuss what we hope to learn from these new missions and how current orbiters around Mars will support them. (Panel details: “Uncovering Mars through New and Future Missions” – 7PM – August 21 – Room 144AB)

Attendees can take an epic journey back in time to a prehistoric world now lost to ice, with this sneak preview of the giant screen adventure, Dinosaurs of Antarctica. Meet the scientists, Libby Ives, Dr. Patricia Ryberg, Dr. Nathan Smith, G. Neri, and Corban Wilkin who explored the frozen continent’s glaciers on a quest to uncover its secret past, and learn how to draw a dinosaur with the award winning team behind the comic, “The Time Traveling Dinosaur Detectives of Antarctica.” (Panel details: “Dinosaurs of Antarctica” – 3:15PM – August 21 – Room 144AB)

Qualified media are invited to attend the event and must register online. See the application for more information.

Awesome Con is the biggest annual comic and pop culture convention in Washington, D.C., having welcomed over 72,000 attendees in 2019. Awesome Con celebrates all aspects of geekdom and pop culture, with a wide assortment of engaging events, comic books, collectibles, toys, games, original art, cosplay and more. Awesome Con is presented in partnership with LeftField Media, an event organization company developed by the founder of New York Comic Con. Learn more at www.awesomecon.com.

LeftField Media, LLC is an events company focused on developing face-to-face events in a range of communities rooted in contemporary culture and shared passion. LeftField was formed in 2014 by Greg Topalian and is now owned by Topalian and Clarion Events Ltd. With a keen sense of the evolving needs of businesses and their consumers, as well as new opportunities created by change, LeftField takes a clean slate approach to its work. LeftField’s portfolio includes Awesome Con (awesomecon.com), Washington D.C.’s Comic Con; Rose City Comic Con (rosecitycomiccon.com), in Portland, OR; Anime NYC (animenyc.com), a Japanese pop culture festival in New York City; and Anime Frontier (animefrontier.com), launching in Fort Worth, TX this year. LeftField Media is headquartered in historic Shelton, CT (leftfieldmedia.com).