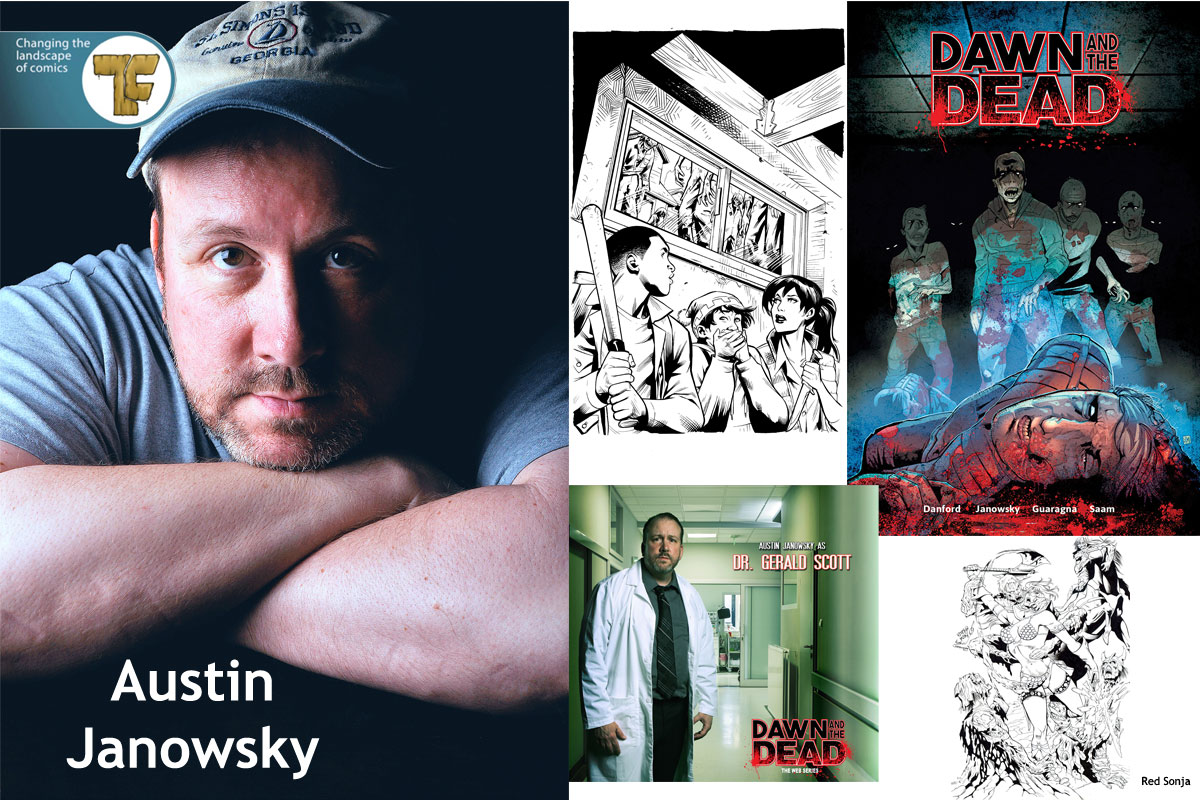 Austin Janowsky is celebrating over 25 years in the comic book industry and he is bringing Dawn and the Dead to Terraform Comics! Austin has worked for Marvel on Iron Man with Bob Layton; Dynamite on Red Sonja; IDW on Satellite Falling; Image on Invincible and several other titles throughout his artistic tenure. He can even boast that he worked for Cracked Magazine.

Not limited to comic books and art, Janowsky started working in the film industry in 2016. He is a Telly Award winning actor who has worked on Netflix films like “45 Seconds”, the television series “Black Veil” created by Dan Myrick of The Blair Witch Project fame, and Jeffery Reddrick in Final Destination. “Dawn and the Dead” the web series is a co-creation of Janowsky and Rick Danford.

Did you know?
Austin portrays Dr. Gerald Scott in the web series!

What is Dawn and the Dead About?

It’s about a little girl with psychic abilities named Dawn. Her nightmares wreak havoc on those special abilities and when she’s kidnapped by a nefarious group who want to tap into her nightmares, they find out that her deepest darkest fears are literally raising the dead.

The son of Ron and Kay Janowsky, Austin grew up in New Hartford in Upstate, New York. Celebrated as “Most Theatrical” in his senior year, Austin pursued his love of art and drawing after graduation, becoming a professional comic book artist in 1994.

When Austin moved to the state of Florida, he took work as a graphic designer and has worked for esteemed companies like Lockheed Martin, Walt Disney World, Universal Studios, NASCAR, and Warner Bros. He retired to pursue acting but he’s never given up the love of ink and drawing.

Austin is the kind of dedicated creator Terraform Comics is all about. His hard work and dedication to the comics industry over the years has given him a reputation of quality and integrity! We are very happy to have Austin as part of the TC family!

If you love zombies then you’re going to want Janowsky’s series Zombies We’re Human Too…… Volume 2 is on Kickstarter as a relaunch because the team decided to postpone the campaign when the pandemic hit. Check out the different tiers. There is an opportunity to get both books if you hurry.