Great news! If you’re subscribed to Loot Crate, then you’ve already gotten your wonderful August Loot Crate. It’s bad news if you’re not subscribed (though it is super easy to sign up! Just go here!).

And what was August’s theme? 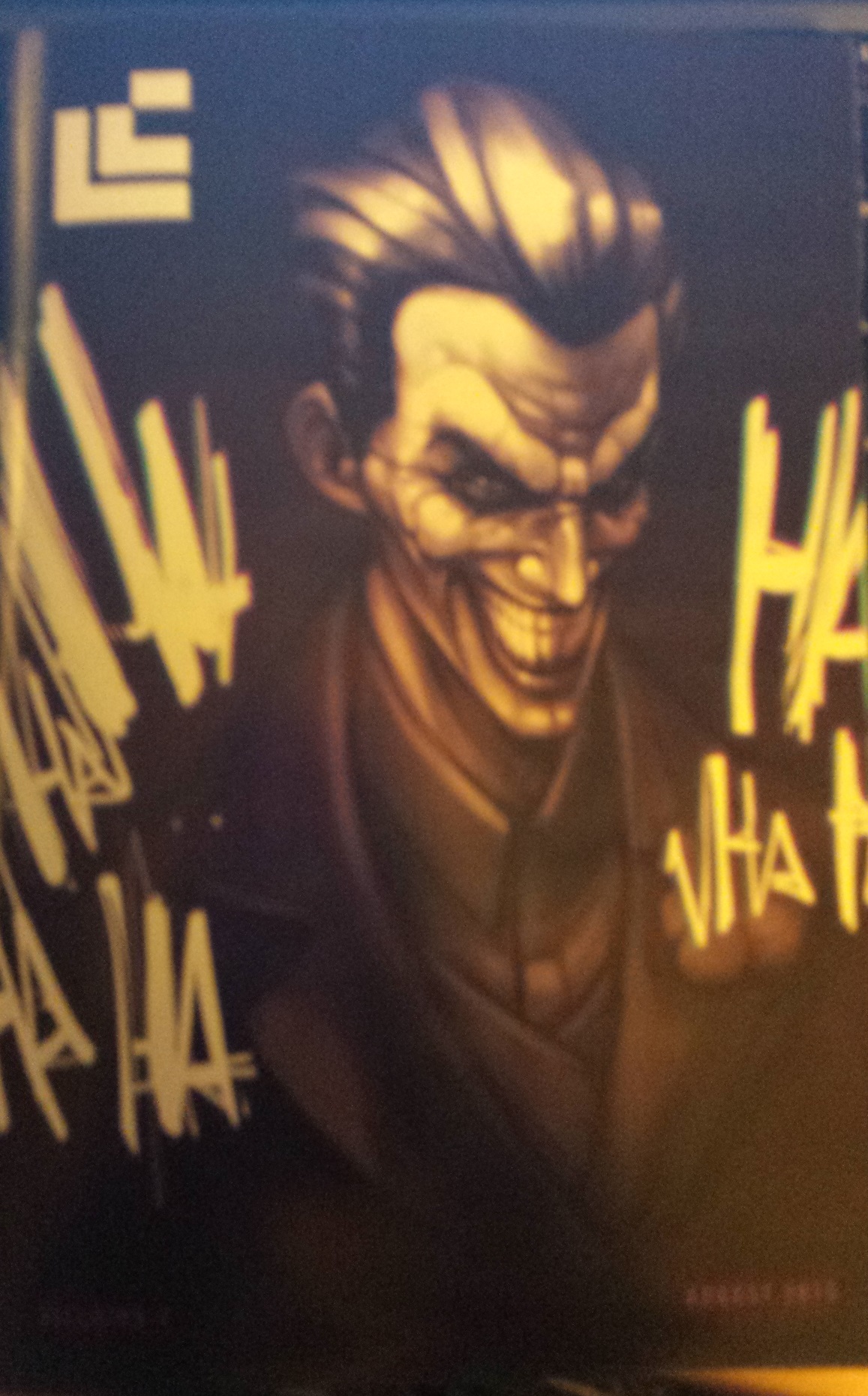 The magazine had this neat little quiz on evil quotes: 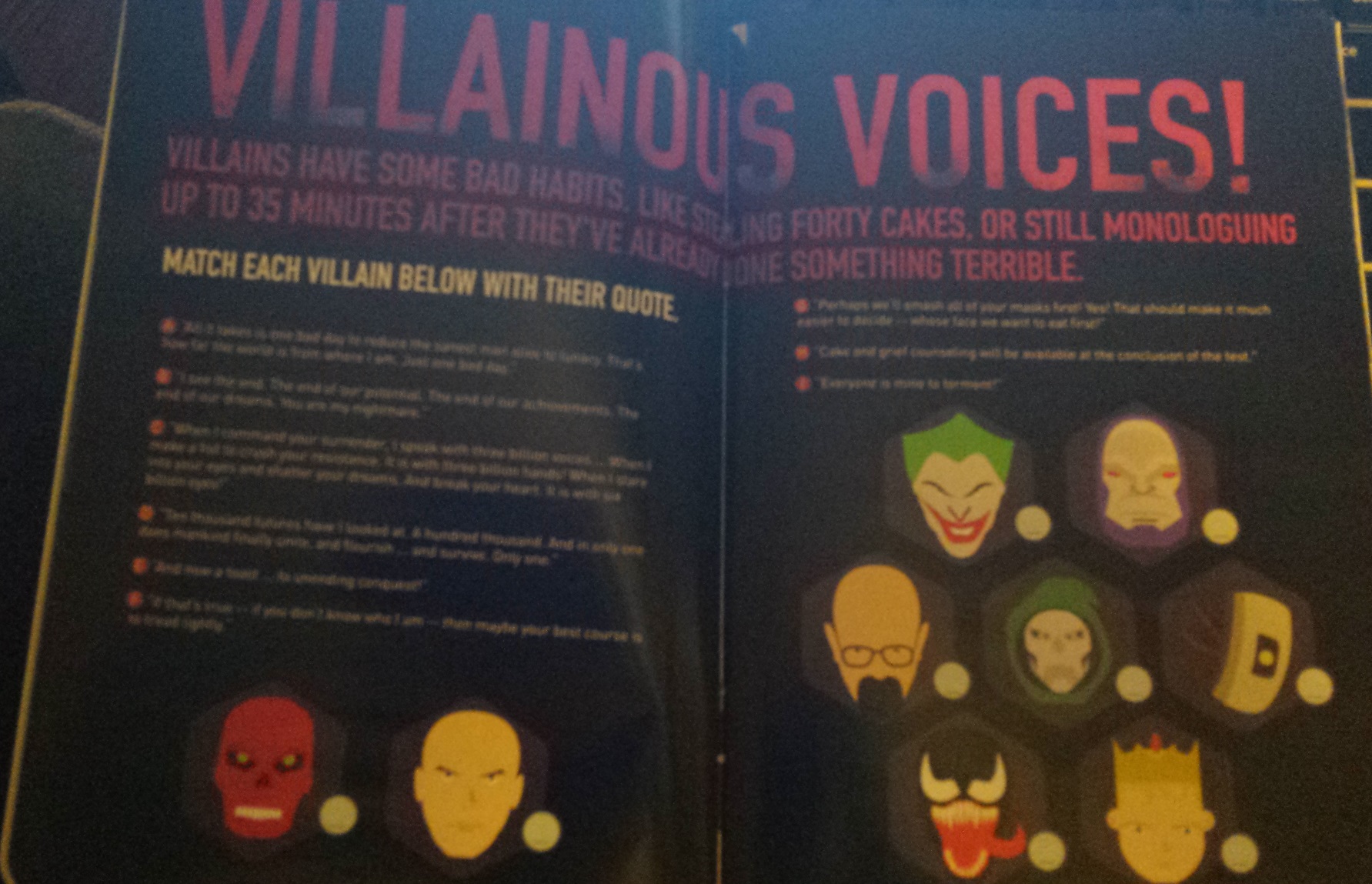 And of course, the monthly pin: 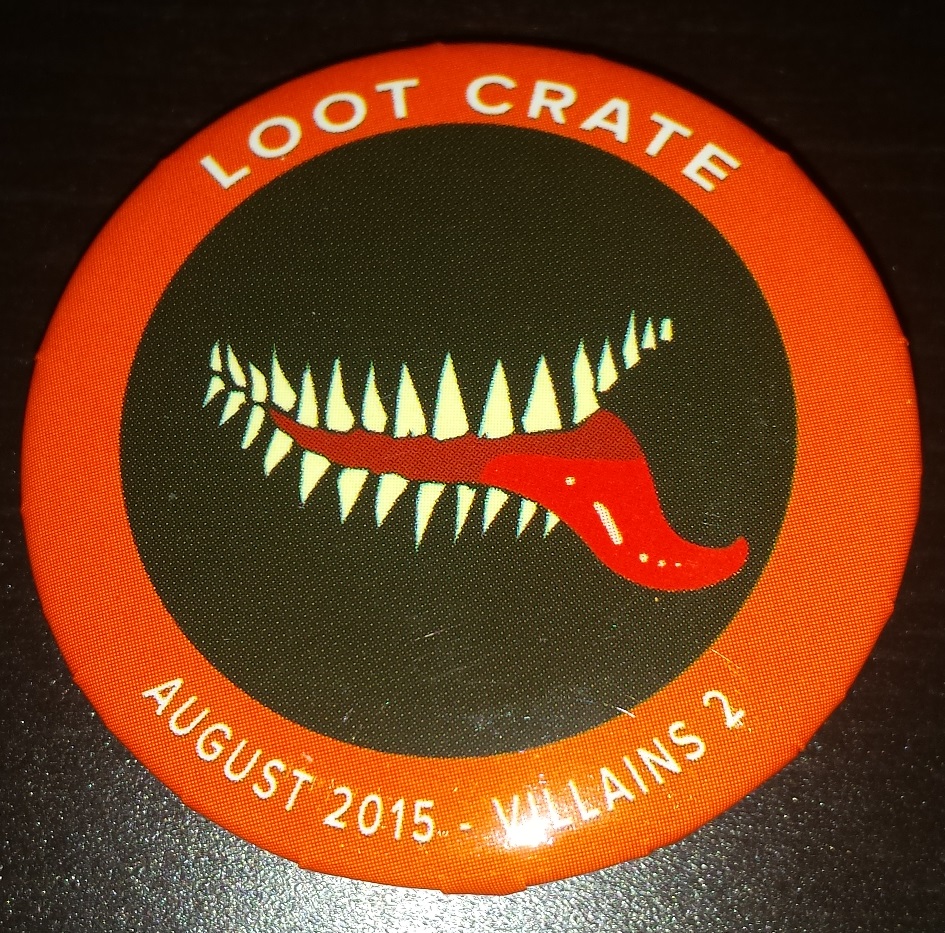 Let’s start off small since this Crate was a little small (though no less awesome) itself.

Now you too can show your allegiance to this nefarious gang from the Captain America franchise with this nifty and authentic hand crafted pin based on the original digital files of the actual screen prop. 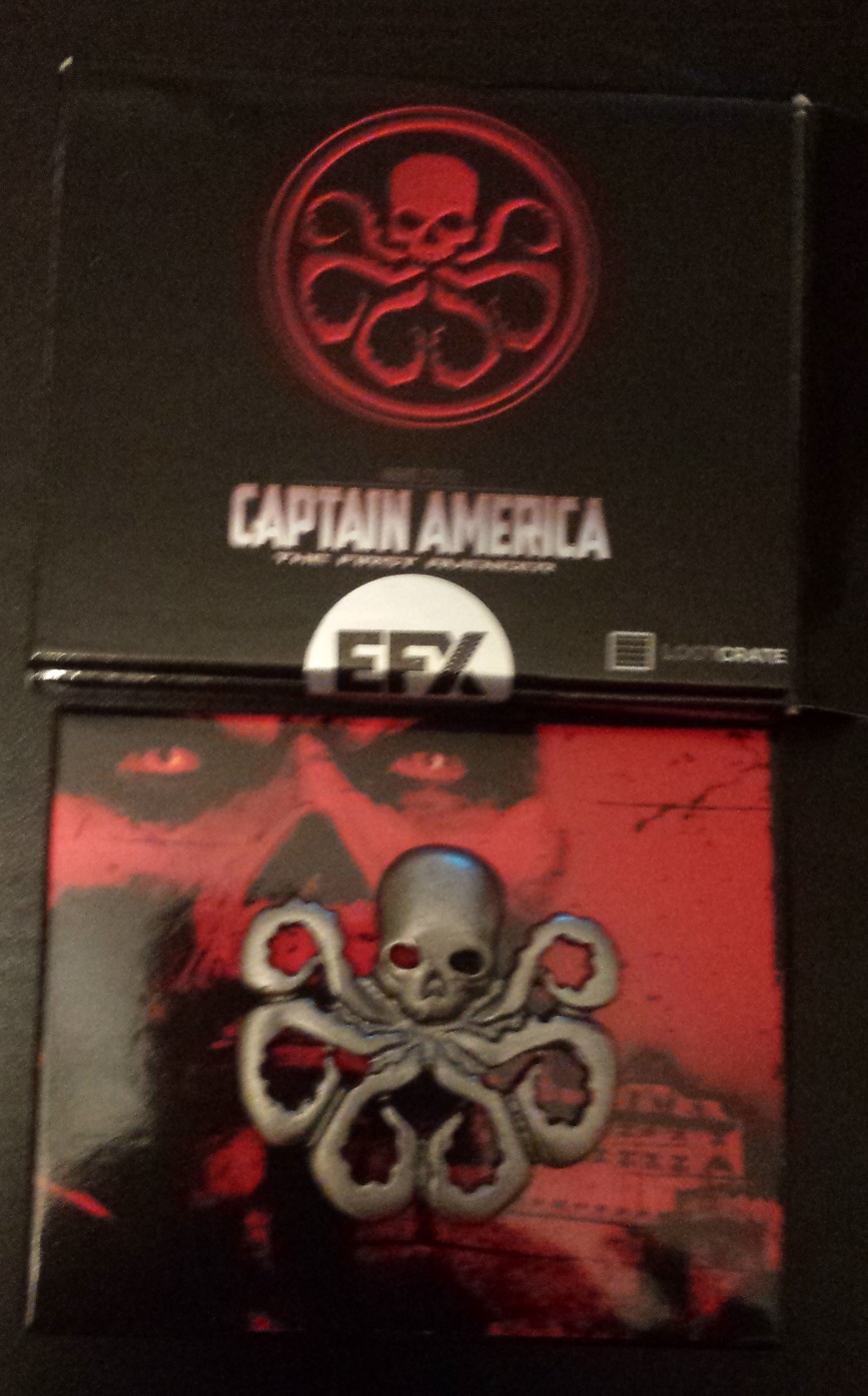 And what morning would be complete without a 16oz Vemon mug? 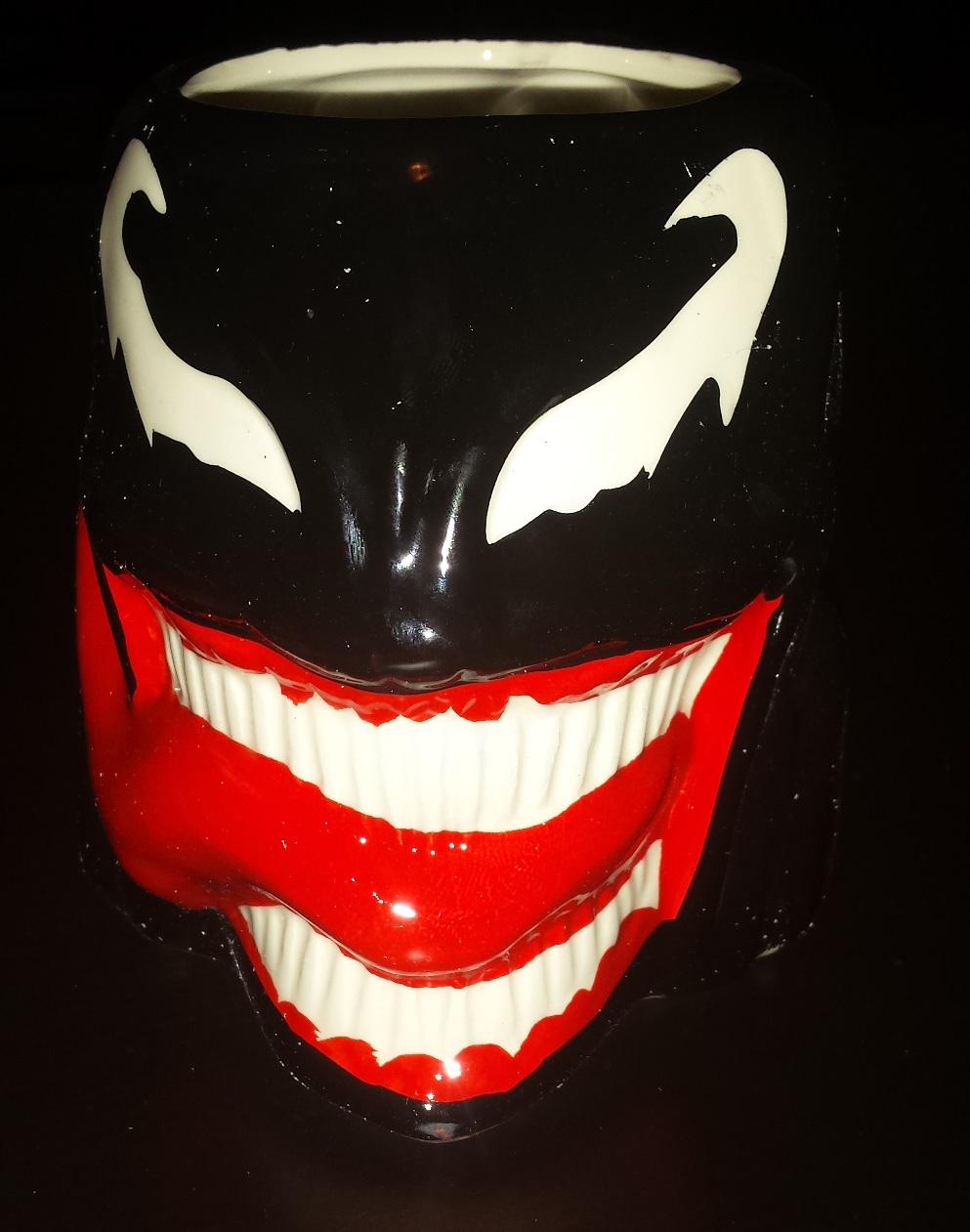 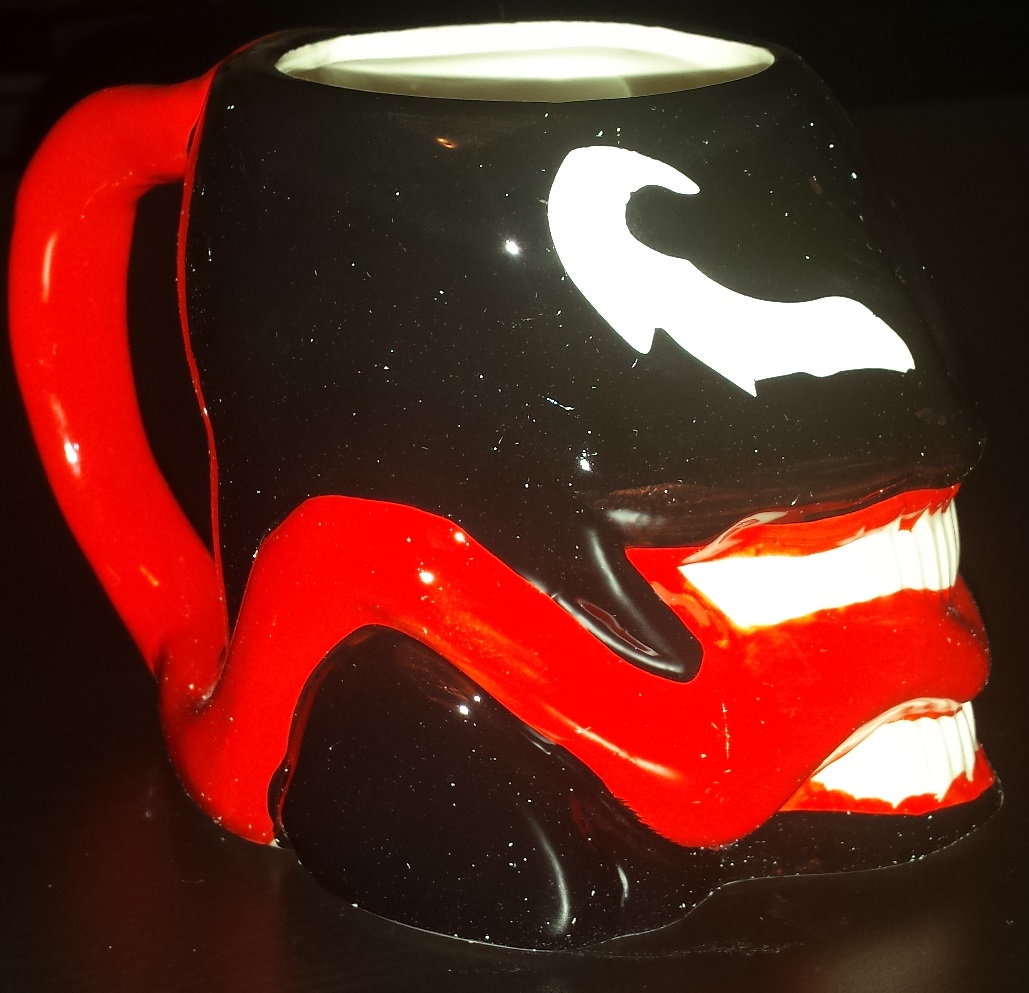 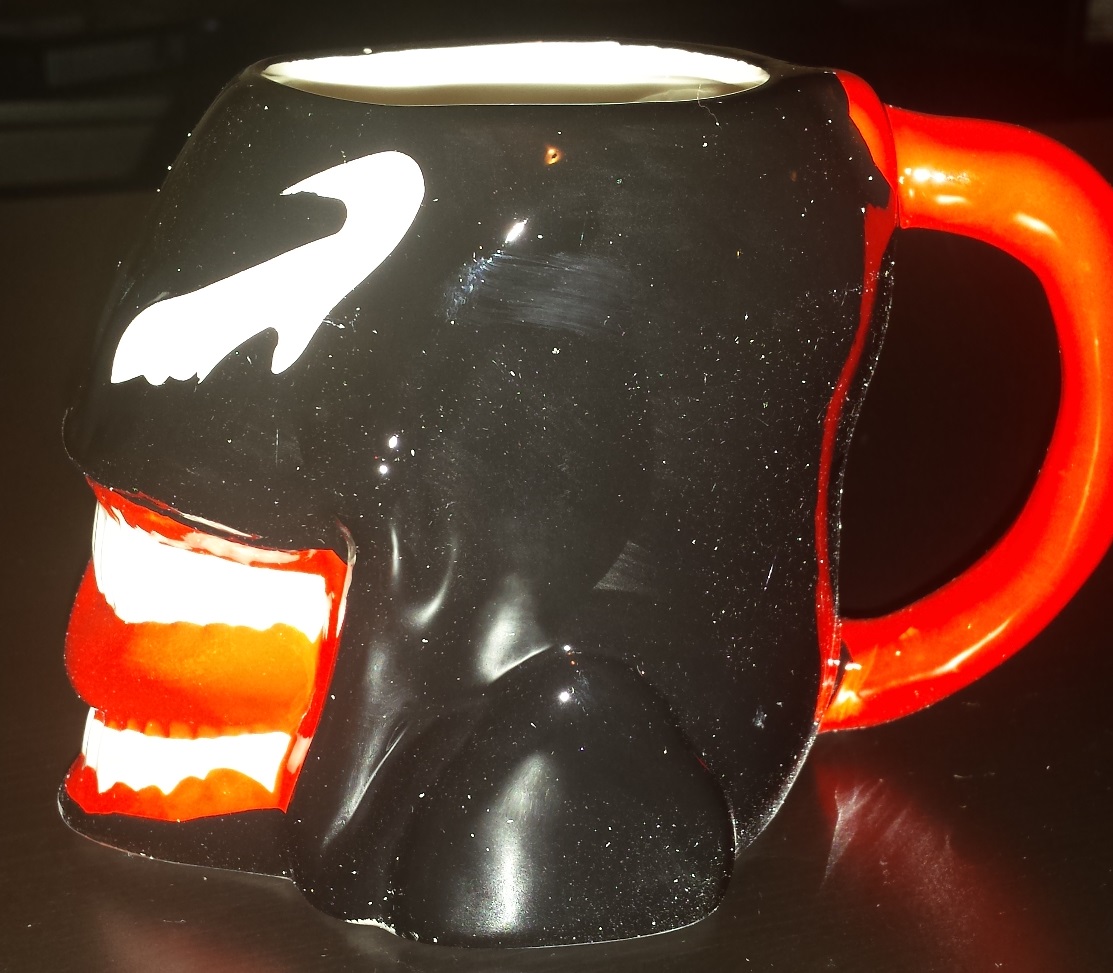 I am not sure why he is licking his own head but there ya go!

Breaking Bad in The Kitchen

Time to fry up some chicken and cook up some… blue …. /ahem/ never mind. Included in this month’s crate was none other than an apron featuring the beloved logo from Los Pollos Hermanos – the fast food chain from Breaking Bad.

Let’s not joke around here…

On the star of this month’s Crate: The Joker. More specifically this DC Collectibles Wooden Joker Figurine with posable arms and interchangeable heads. 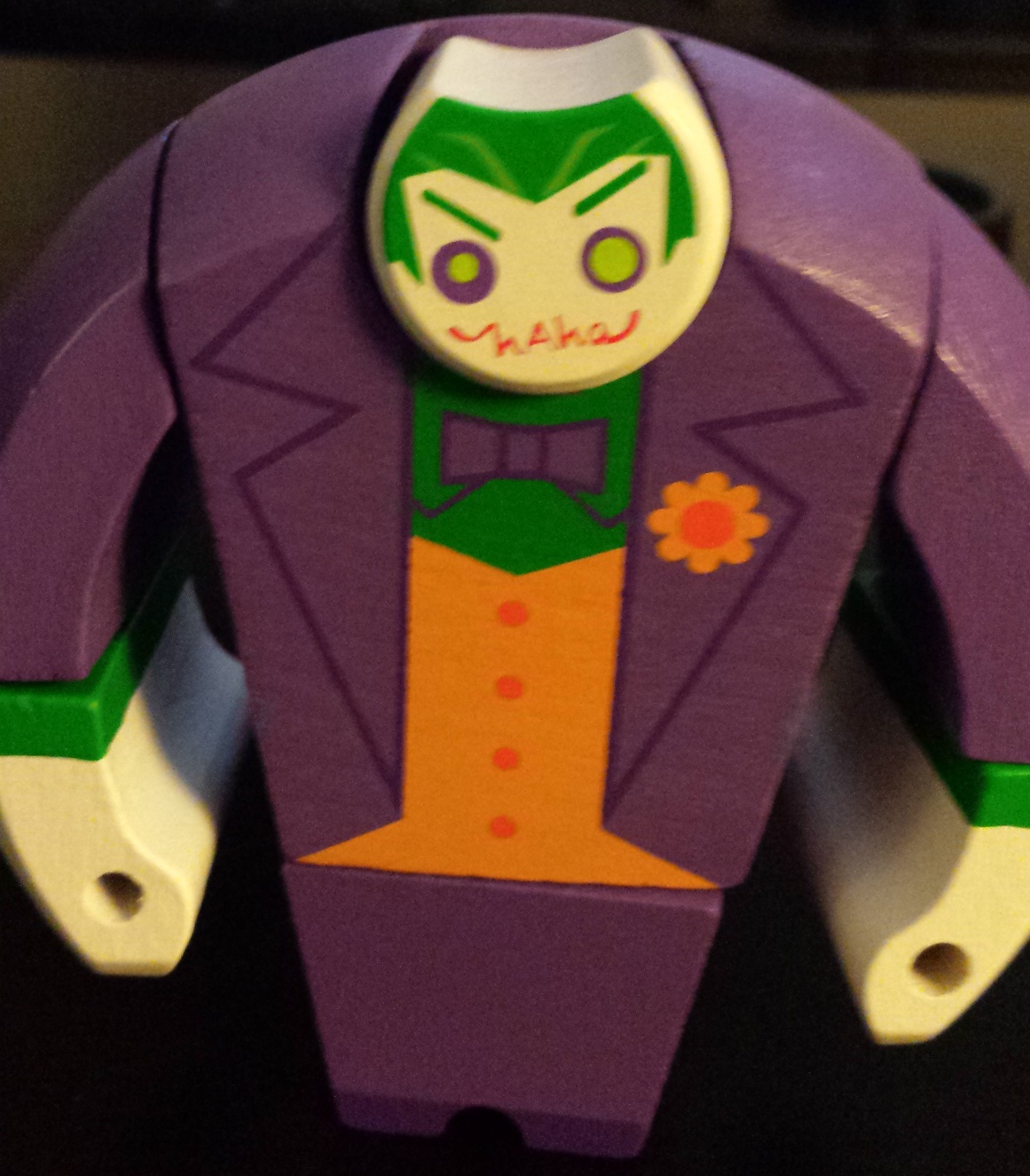 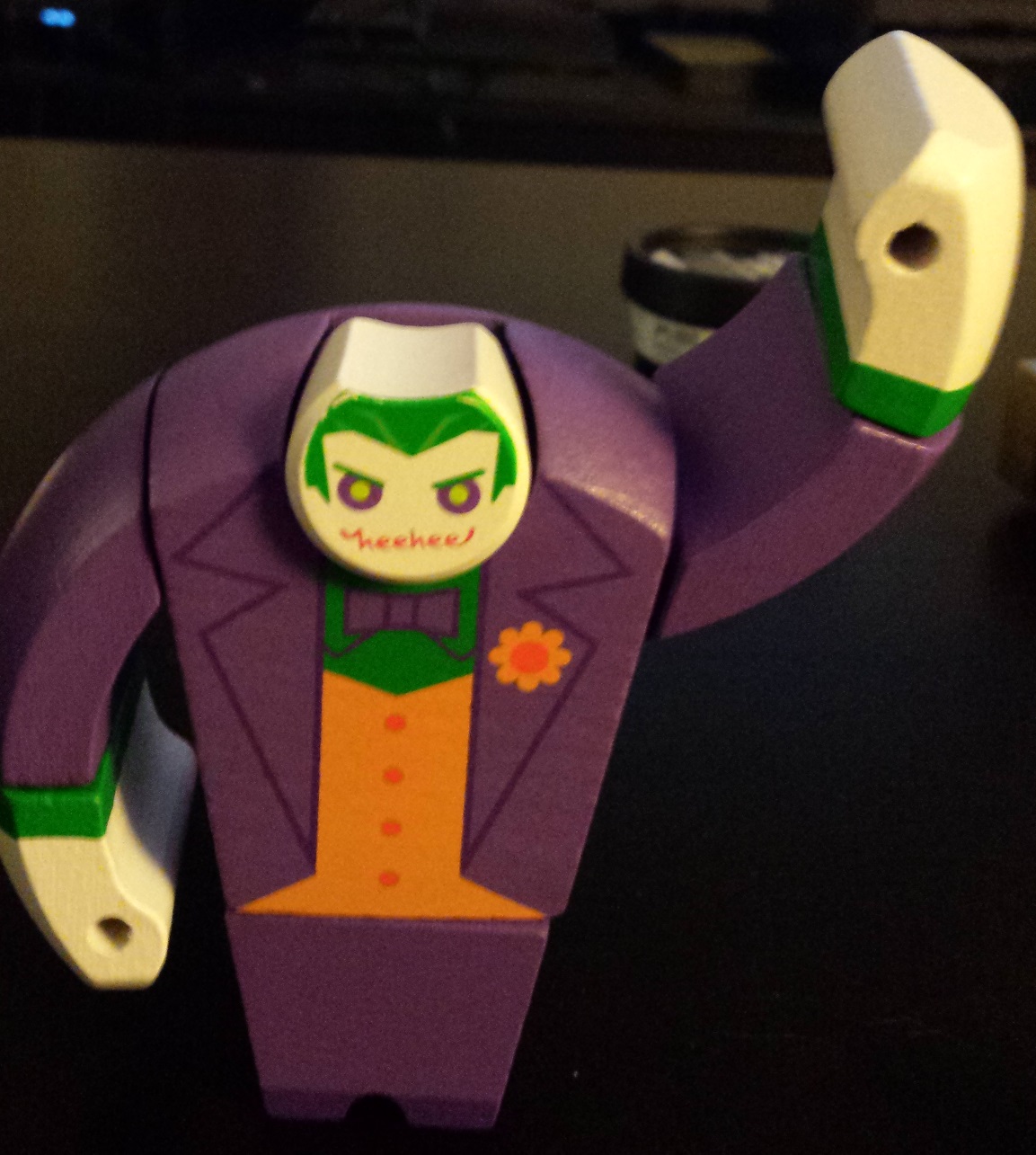 And I just want to point something out. I don’t know if anyone else noticed but apparently Loot Crate hid a little Easter Egg in the July’s Loot Crate, namely on their box: 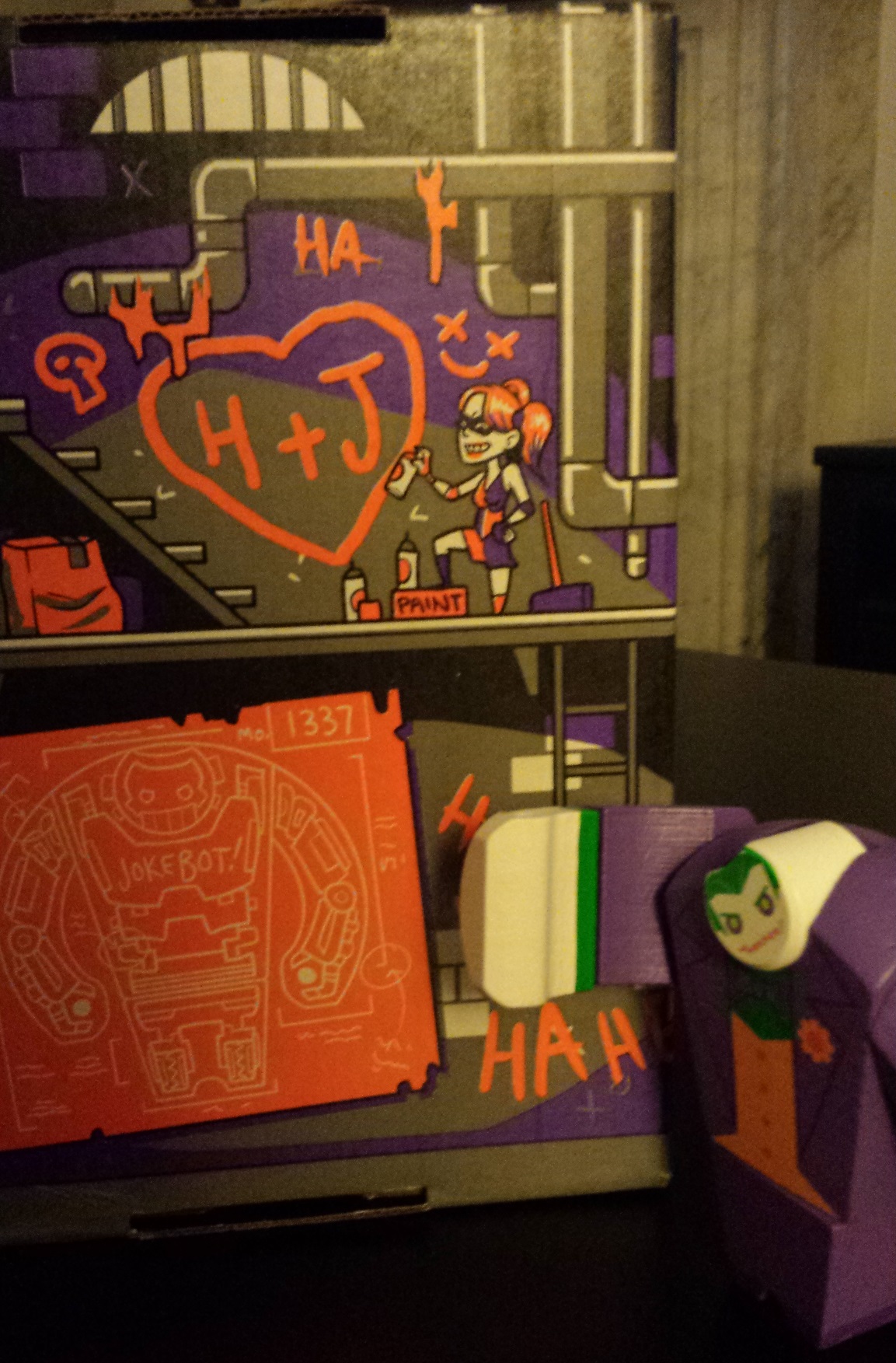 And that’s that. This month’s Loot Crate may have only had a few items but each item was pretty awesome. Remember, you have time now to sign up for next month’s Crate and now they are doing a “level up” system. This is where you can choose to add an upgrade to your regular crate. So, on top of all the awesome loot you’ll get in the normal shipment, you can also choose to add an extra wearable (a shirt or hoodie) or accessories (like makeup bags or scarves, or some cutie pie socks).