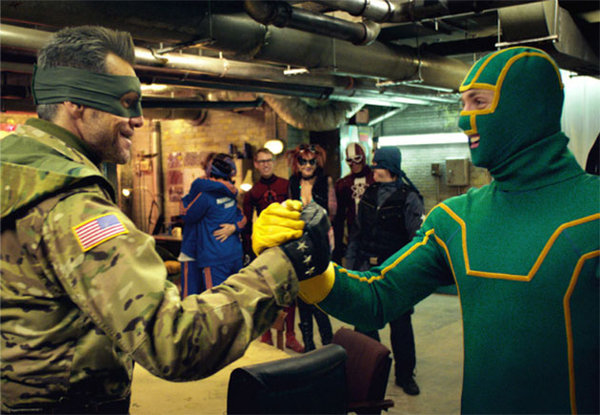 I found July to be a fun month at the theater with “Pacific Rim” and “The Wolverine” leading the charge. Unfortunately, August movies just never seem to be as strong as the other summer months. We have a few anticipated blockbusters and studio holdovers. Then we have some random releases weak enough to fit during the slow months of September or January. Here’s what we have to look forward to.

The action-comedy reunites Mark Wahlberg and director Blatasar Kormakur who worked together on last year’s surprise success, “Contraband.” This time Denzel Washington joins the group as a rival of Wahlberg. The trailers claim big action and laughs. We’ll see.

In a huge week, four anticipated releases will compete for box-office dollars. Logan Lerman and his mythical Greek friends return in the “Percy Jackson” sequel that has many questions surrounding it. The biggest one being whether or not it should have been made after minimal success with the first one. “We’re the Millers” has Jason Sudekis and Jennifer Aniston pretending to be parents. All the footage so far looks to be pretty funny.

“Elysium” is director Neil Blomkamp’s long-awaited second feature after 2009’s “District 9.” Matt Damon stars in the sci-fi epic addressing class warfare. Who wouldn’t want to see Matt Damon in some big futuristic armor wielding a massive gun? For a younger audience, Disney has “Planes,” which takes place in the same world as “Cars.” Coming out in a very overcrowded season for animated movies, I can’t help but wonder who wanted this movie to be made.

Okay, so Jim Carrey doesn’t support the violence in “Kick-Ass 2,” but the movie looks awesome to me. While the comic and first film don’t have the mainstream success of other caped crusaders, genre fans have been waiting for this one as Kick-Ass and Hit-Girl return to stop bad guys. We also get “Jobs,” where Ashton Kutcher plays the late Apple boss, Steve Jobs. Apple should have released new products to go with the movie release, like the Ashton Kutcher edition iPhone.

“Paranoia” has Liam Hemsworth in the middle of a feud between two business tycoons. Since those tycoons happen to be played by Harrison Ford and Gary Oldman, I am interested. Forest Whitaker stars in “The Butler,” a historical drama about former White House butler, Lee Daniels. It’s not a very geek-friendly film, but it promises to be inspirational.

Another young-adult series gets the film treatment with “The Mortal Instruments: City of Bones.” I’m all for these types of movies, but referring to non-magical people as mundanes in the story sounds a lot like a muggle rip-off. A lot of countries have already seen “The World’s End,” but those of us in the US get to see Edgar Wright, Simon Pegg and Nick Frost complete their comedic trilogy at the end of the month. “You’re Next” has been quiet on advertising, but the horror film, which received acclaim at the 2011 Toronto Film Festival, will finally see it’s time in the theaters also.

Now the fun of the summer is over. These releases that sneak in at the end of August don’t belong in the same preview as “Elysium” or “Percy Jackson.” But they’re coming out in August, so we’ll include them. “Closed Circuit” is an intriguing crime-thriller starring Eric Bana and Rebecca Hall. The film deals with government conspiracy. “Getaway” is an action film with fast cars and blackmail. Ethan Hawke stars and Selena Gomez plays his computer genius sidekick. Yes, that sounds weird to me too.

So that’s August, a mixed month of exciting projects and studio leftovers hoping to make a few extra bucks while school is still out. Well, I’m going to see them either way. So, enjoy my money, Hollywood.

T-Shirts Get Villainous With Villain X