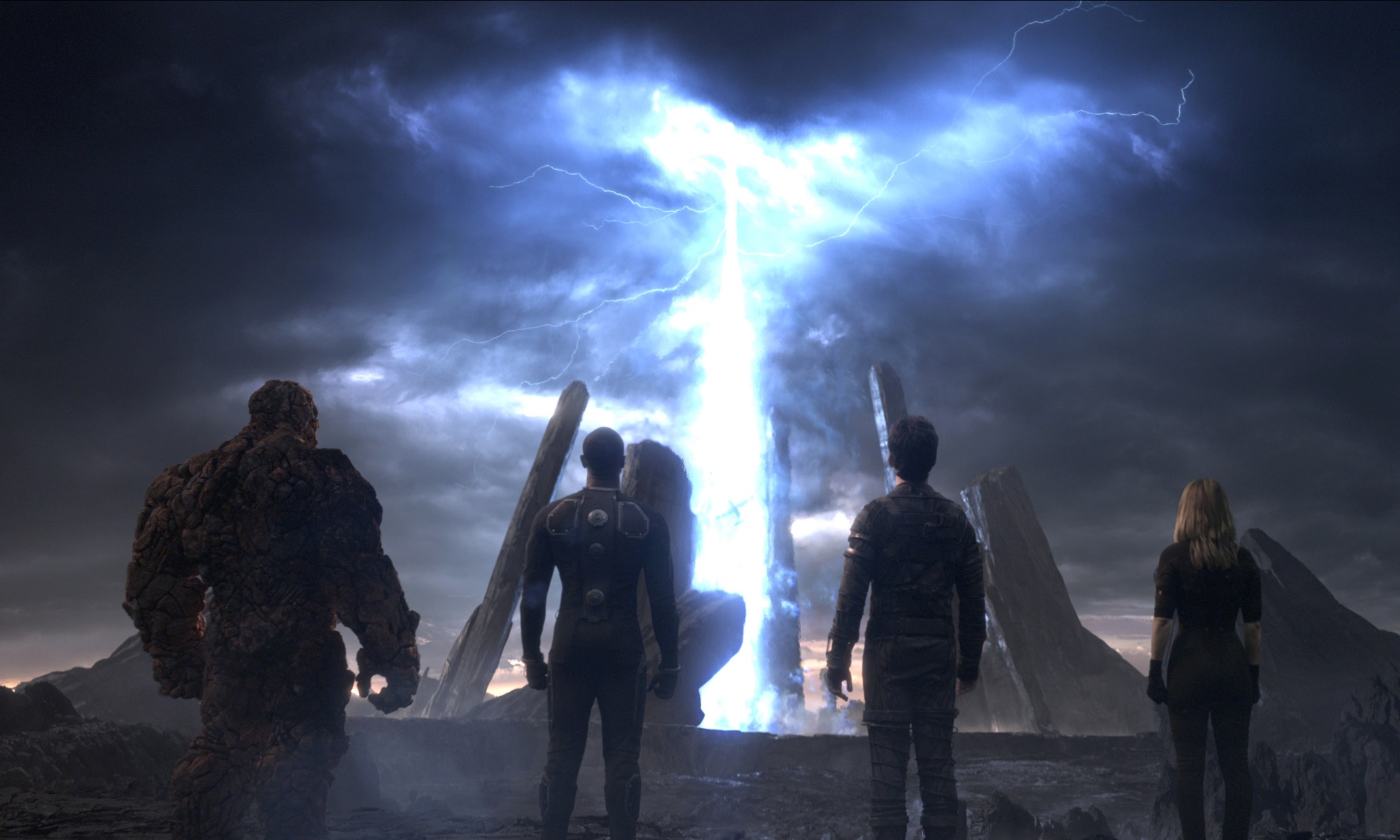 The script for July at the box office was a predictable one. Marvel conquered, critics were disappointed with Adam Sandler, and children dragged their parents out in big numbers to see the animated faire of the moment, Minions. Well August movies aren’t quite so easy to crack. The number of big blockbusters is less than the rest of the summer. Plus the only film with mass name recognition, Fantastic Four, is a big question mark. Here’s our preview.

The remake of Marvel’s first family, Fantastic Four is trying very hard to be different than the previous iteration of ten years ago. Unfortunately bringing in an exciting young director (Josh Trank) and a fashionable cast (Miles Teller, Michael B Jordan, Kate Mara and Jamie Bell) has failed to build significant excitement with the general public. That’s the nature of a film described as “grounded.” There aren’t as many huge action beats to show in trailers. But this is still Fantastic Four we’re talking about. So don’t count it out just yet. Doctor Doom (Toby Kebbell) is the villain and the characters are younger than we’re used to seeing them. It could be fun.

The Gift looks quite disturbing. Jason Bateman and Rebecca Hall play a married couple whose normal life gets interrupted when a creepy dude, who went to high school with Bateman’s character, begins to show up and give them mysterious gifts. Joel Edgerton wrote, directed, produced, and stars in the film as that creepy dude. Apparently Bateman’s character has some skeletons in his closet.

I don’t know about you, but I sure wasn’t clamoring for a movie where Meryl Streep plays a washed up rocker. To many movie fans she can do no wrong, so we’ll see. Streep’s character, Ricki, returns home to her estranged family to provide support as they struggle through a tough time. Of course, she looks for redemption also. Streep’s real life daughter, Mamie Gummer, plays her daughter in the film.

The Man from U.N.C.L.E. is my sleeper pick for the month. Guy Ritchie, known for his British crime films (and the Robert Downey Jr. led Sherlock Holmes), directed. So that right there is enough for me. Henry Cavill and Armie Hammer play agents from the U.S. and Russia respectively. They are forced to team up during the Cold War to bring down a mysterious criminal. Yes, the title is weird, but U.N.C.L.E. means United Network Command for Law and Enforcement. The movie draws from the popular 1960s TV series of the same name. Also, this thing looks pretty funny.

Less funny and more on the dramatic side, Straight Outta Compton tells the story of the California rap group, N.W.A, in the late 1980s. Biopics are tough. Plus, most of the members of NWA are still alive. Some even worked on this film. So I wonder if negative moments will be portrayed accurately. Keep an eye out for O’Shea Jackson Jr., who plays Ice Cube. He is Ice Cube’s real life son. So that will be interesting to watch.

Underdogs is an animated movie that has long been delayed in the U.S. The plot is… interesting. Years after a timid boy (Jake) defeats a more boisterous one (Ace) in a game of foosball, Ace returns to the town as the best soccer player in the world. It turns out he has purchased the town with his immense wealth. So Jake challenges Ace in order to keep the town. This time they will play real soccer. Ace’s team is full of the world’s best players. Jake’s is made up of the little wooden men from the foosball table, who are apparently alive. I think this is based on a true story.

American Ultra has Jesse Eisenberg starring as a convenience store working stoner, who is actually a government sleeper agent. He doesn’t know this, but when forced to defend himself it turns out he’s a killing machine. So when the government labels him a liability and tries to kill him, he and his girlfriend (Kristen Stewart) must try to survive. It also must be said that the always awkward Eisenberg and Stewart seem relatively comfortable in these roles. That might make this fun to watch.

Hitman is getting a reboot with the new film Hitman: Agent 47. The popular video game series didn’t make a significant impression on the big screen in 2007 when Timothy Olyphant played the lead. This time Rupert Friend dons the bald head as the titular character. The trailer promises tons of big action, which is good because that’s the only reason people will be paying to see this.

Sinister 2 has the creepy monster deity thing, Bughuul, returning to cause more trouble. He tries to convince a young boy to kill his whole family. Well that seems quite problematic. Meanwhile, the deputy we met in the previous film investigates the murders in an attempt to stop them.

August 26th-28th– No Escape, We Are Your Friends

There hasn’t been much promotion yet for No Escape, but boy does it look intense. An American family relocates to Southeast Asia. But soon after they arrive, they get caught in the middle of a revolt where foreigners are being executed. So they somehow have to find a way to escape, hence the film’s title. Comedy regulars Owen Wilson and Lake Bell take on this drama with help from Pierce Brosnan.

Zac Efron plays an aspiring DJ in We Are Your Friends. While struggling to make it, he begins to make some progress with the help of a DJ mentor, played by Wes Bentley. Of course there are the typical problems in this kind of story. There’s the day job, the friends, and of course a love interest that happens to already be involved with the mentor.

So the list of August movies is definitely thinner than the last few months, but there are some titles to consider. For me, I’m still in big action mode. So I’m anxious to see Fantastic Four and The Man from U.N.C.L.E.. But it’s also an interesting month for music lovers with Ricki and the Flash, Straight Outta Compton and We Are Your Friends. So enjoy the air conditioning of your local cineplex. It’s awfully hot outside.