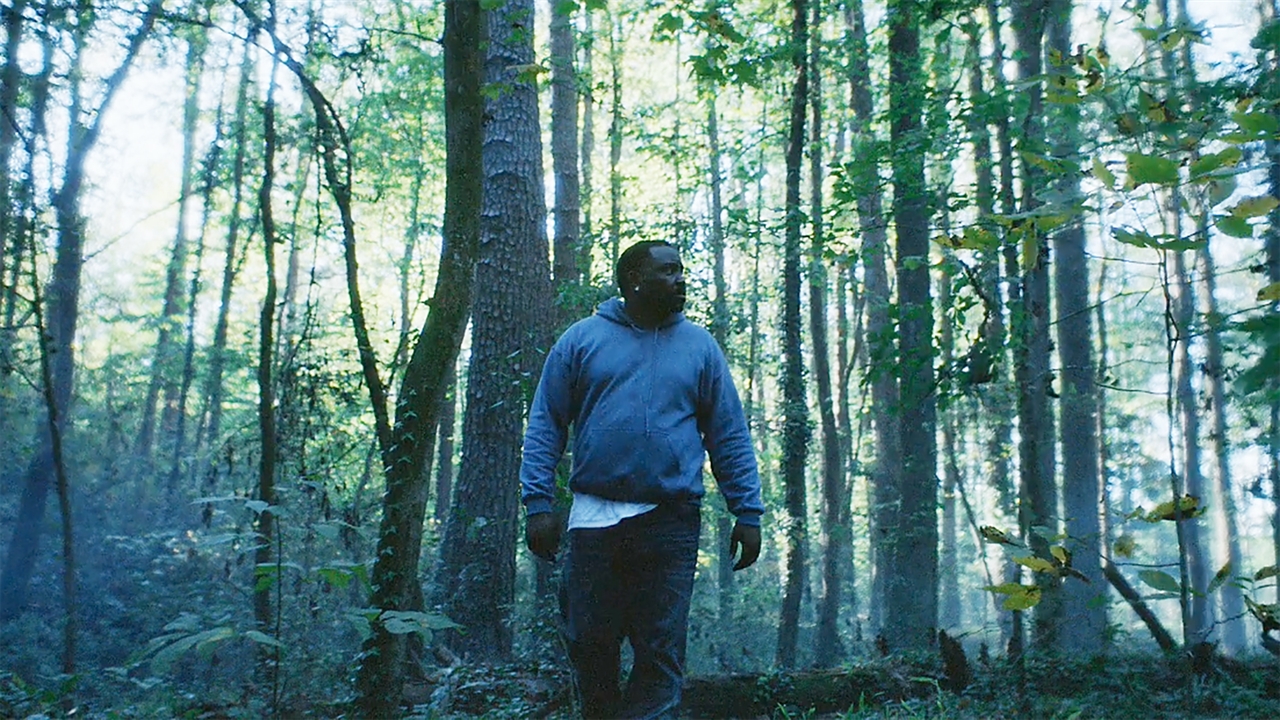 If last week taught us anything, Atlanta can keep it chill and nuanced while breaking philosophical ground. This week’s episode, “Woods,” hits hard. In the same way “Teddy Perkins” left us shaken and stirred, “Woods” takes Paper Boi from mani-pedi’s to box-cutter madness. Okay, not as extreme as that reference, but you’ll see what I mean. The themes rotate around ideas of Instagram fame and thin lines of success. Loyalty, one of Paper Boi’s crowning traits, is called to question. “Woods” places Alfred into the wilds of Atlanta. He is lost, scorched by the very earth which birthed him. Markedly, “Woods” also establishes itself as one of the finest episodes of the season and one with a clear, defined message for the audience: how the ego needs to be kept in check.

Mother on My Mind

Episode 8 opens to the sounds of singing birds. Al sleeps peacefully on the couch. A woman clammers in the background, pitching a fit on how “this place is a mess. You ever hear of a trash can? You know good and well I did not raise a son this lazy.” The woman, Al’s mother, is a sleep-induced vision, the biting voice of reason within Al. As she hums a familiar gospel tune, the sunlight fades and time passes. In sleep, Al continues to ruminate on his mother. His cell phone buzzes and he wakes up to answer. “Hey it’s Earn. You doing okay today?” Still half asleep, Al replies he’s okay and hasn’t had a chance to sign Earn’s forms. Likely the forms are a management deal or a contract regarding his rap career. Al cuts the conversation short, and falls back to sleep.

Al saunters into the kitchen. Darius apparently learned how to make pasta recently “in a dream. Mayor McCheese was there and the girl from Dharma and Greg…” He trails off when a car horn beeps outside. Al’s meeting with a woman, Sierra, for a day date. Something’s not right with him, and Darius mentions Al’s alleged allergy to girlfriends. “She’s not my girlfriend,” Al says as he heads outside. Music booms from the SUV as Al hops in. “What’s up girl?” he asks.

Sierra (Angela Wildflower), famous for unknown reasons, carries certain perceptions of the world. She takes what she wants, seeing everything as an Instagram photo-op. They joke around, go clothing shopping. Sierra is clearly in need of something, if not someone. As Paper Boi’s hit single plays in the car, she jams out to Al’s enjoyment. A rare moment for him, he smiles wide. An amusing purgative feeling comes with it; it’s not often Al shows emotion.

Sierra calls into question Earn’s capability as Al’s manager. Exuding confidence, she urges him to upgrade his life.  Though domineering at times, Sierra’s boisterousness plays an interesting foil to Al’s agitated reserve. One of the more stunning visuals takes place with Murai’s long takes of Al and Sierra getting pedicures in a salon. “You been not real,” Sierra says. Al is a rising star, but resists fame. He likes his privacy and change is not always welcome. She wants to attach their brands, “give ’em something to talk about. Something like this…” she says. A camera click sounds, as she photographs Al against his permission. “I ain’t gotta stop being me, alright? That’s something boring ass people like yo ass gotta do,” Al shouts. He consents to walk home, frustrated with Sierra questioning his sense of self.

Now, Al walks the streets among light drum taps and chattering piano (Alice Coltrane’s “Turiya and Ramakrishna.” Eventually he walks upon some apparent Paper Boi fans. “You ain’t got no car?” one guys asks. “Oh you keeping it real? That’s what’s up,” another guy adds. “That’s right,” Al replies. Though they are likely fans, the three guys rob him at gunpoint. The fight is disturbing and powerful. It looks as though Al may not escape with his life. Bloodied and beaten, Al escapes into the woods. Gun shots follow him. An eerie voice calls out, “Paper Boi?” Hiding in the underbrush, he gasps for breath and prays they won’t find him.

From this point forward, the episode reenters dream territory, a hazy wilderness nightmare. The sound of the trees surround Al. A new trial awaits him. He passes a deer carcass, blood flowing from its innards. In the distance, a vagrant (played by Reggie Green) mumbles a melody and plays call and response with a frightened Al. “I don’t want no trouble, I’m just passing through.” The vagrant answers him but is really just messing with him. “I’m sorry, I’m just high,” the vagrant says. He follows Al, and definitely seems more dangerous than helpful. A series of disconcerting conversations follow. From the sky, we look down into the woods Al inhabits.

Undoubtedly exhausted and lost, Al tries to keep it together after passing the same deer carcass for a second time.  It’s dark, and the sounds of the forest cascade. The vagrant, still stuck to Al, hums the gospel motif. “You in bad shape, boy,” the vagrant says. “That’s you, deer guts. That’s what I’ll call you. You’re stubborn.” Al, at his wit’s end, grabs and shakes the vagrant and threatens him to stop. “You is just like your mama,” the vagrant cries. Another mention of Lorraine, Al’s mom. Al sits down to rest. “I’m tired, man. I had a very bad day.” The vagrant proceeds to take a drink of a red liquid and continues humming.

Al, exasperated, calls the vagrant man useless. As the vagrant sits aside Al, his face devoid of expression, he shifts toward Al. He pulls a boxcutter on him, and as Al recognizes he may die here at the hands of this crazed man, he starts to weep. Jumping out-of-the-way, Al realizes the man is caught in a daze. He watches the man continue to talk to himself, box cutter held out to nothing. The man counts to 30 and Al sprints away. Wolves howl, insects buzz, and the sounds of crushed underbrush get louder and louder. Suddenly, miraculously, his feet hit concrete. Finally, Al escapes.

Inside, the gospel motif returns while Al applies a cold compress to his face. A kid walks up and asks him, anxiously, if he’s Paper Boi. Al calmly confirms, and offers to take some pictures with him. It’s sweet, cathartic, and peaceful.  “Be safe out here,” Al says to the young man. Perhaps Al’s vision of his mother earlier in the episode had something to do with his change of heart. His desperate thinking in the woods leads to a reevaluation of his ego and his relationship with success.

Be Selfless. Be Humble.

With factors like Instagram, fame, girlfriends, and Earn’s management somewhere in between, “Woods” pushes Al to look inward. Life chooses to beat him down. Braced against the calamity of nature, he was compelled to prevail over death. The odds stacked against him, he still chose the light in the end. He cared about a fan, someone he didn’t even actually know. That may be fake. But it is all too real.

Brian Tyree Henry gives a career performance in “Woods.” His emotional depth is so visceral and alluring. When the credits rolled, I was breathless. Chills rolled up and down my spine. Al was put through hell, and with that Atlanta again delivers magnificent television. The episodes after “Woods” will have a lot to address. After “Helen,” Earn has been mostly absent, save a phone call early on in “Woods” and an appearance in “Teddy Perkins.”  Al will likely make big career moves before the season is over. Whether Earn is involved or not remains to be seen.