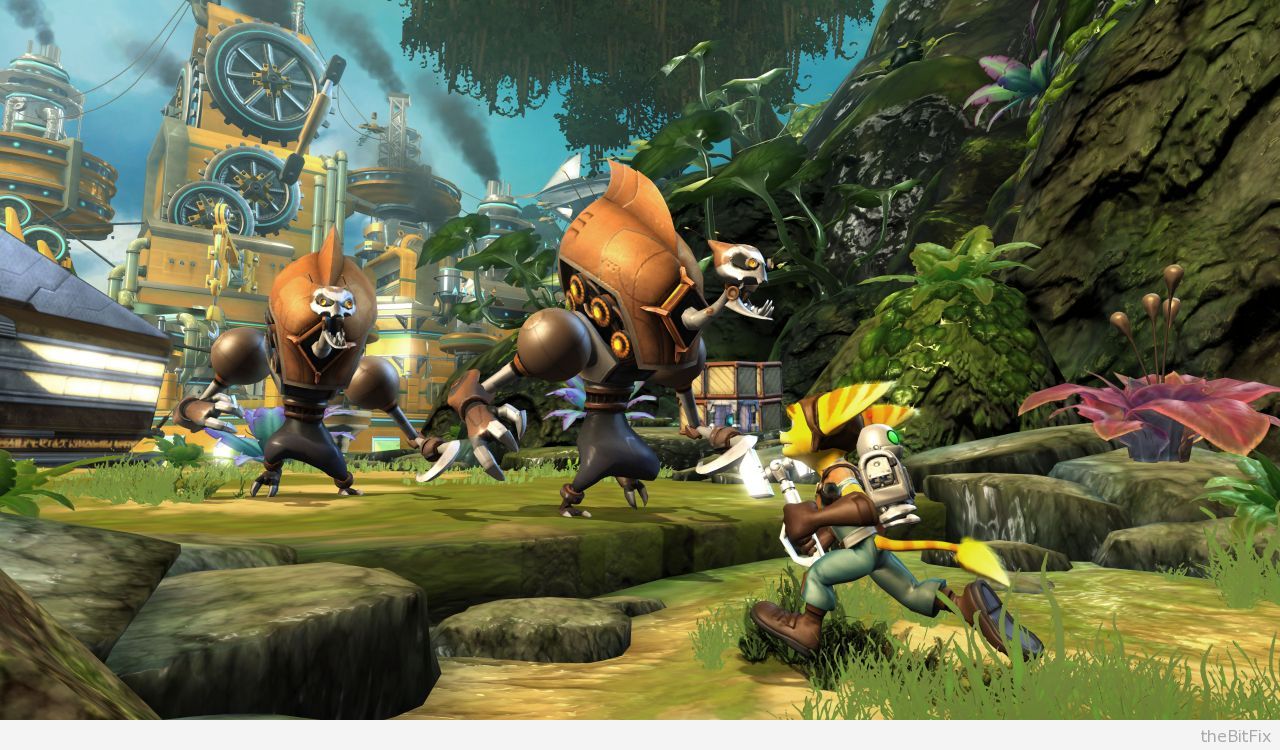 Do you remember your best friend from grade school? Remember that time when that best friend moved away? Remember when they came back to visit and you bought terrible tasting smoothies together and purposefully threw them in the middle of the street to see if cars might run them over? Okay, that last bit might be just me but I think we can all agree that nothing is quite like reuniting with old friends. Gaming companies seem to be able to capture that whole concept best! We’ve got loads upon loads of remakes of games these days that are on the shelves or at least are about to be. 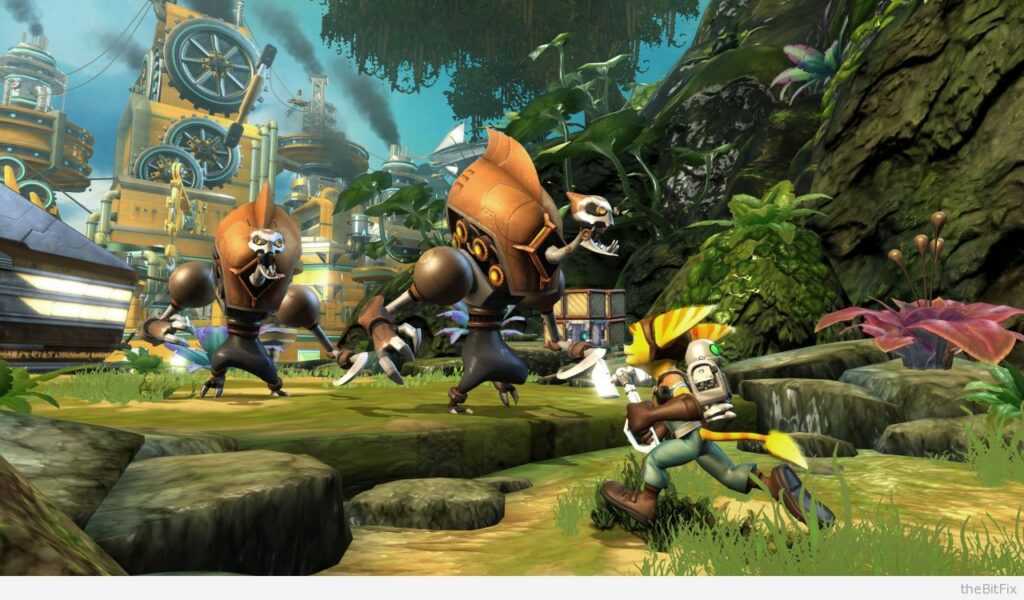 Hop in my DeLorean and let’s head back to 2002. You just got your hands on this crazy new game for the PlayStation 2 by the same developers behind the Spyro franchise: Ratchet & Clank! It’s hard to forget the first time you collected a gold bolt, the first time you unleashed hell upon your enemies with your Glove of Doom, or when you finally saved up all of those bolts to buy the R.Y.N.O! Good times, good times. How much fun was that though?! A game with a bunny-cat-man and a witty little robot fighting against a tiny bean man in a pinstripe suit! I love the original Ratchet & Clank trilogy, needless to say, and I was extremely happy when I saw the HD remastered version on the PS3.

Let’s take a look at why this is such a good thing. First, and sticking with Ratchet & Clank as an example, I know there are plenty of younger gamers out there who were introduced with a newer trilogy. Ratchet is a very eye-catching character in the mind of a child. He’s cartoony and really cool looking. And what kid doesn’t like robots? Imagine if you were someone who was introduced to this franchise in the PS3 era rather than the PS2. Let’s say you’ve beaten all of the newer games and then all of the sudden WHOA. You see that there wasn’t just one game you missed, BUT THREE. And they’re all on one disc! I don’t know, if I was a kid and saw that, I’d be absolutely begging my mom for it.

Nostalgia is one crazy drug. I think it’s a primary reason the Pokemon franchise is still running. I can speak from experience that it’s difficult to lose sight of your inner child and that’s probably why I geeked out over the new Smash Brothers game. People are suckers for reliving experiences, and honestly why not? If you liked a pasta dish at Macaroni Grill, wouldn’t you look forward to having it again once you go back? It’s that whole concept that experienced or aged gamers look for in HD remakes and developers know this! But hey, I just love playing good solid games.

Sure, some companies can’t seem to wrap their heads around the fact that HD remakes should be made with these purposes in mind and to throw new twists on the game play (like the upcoming Wind Waker in HD). Instead, they go and remaster Silent Hill. I’ll just let that settle in your head for a moment. Silent Hill had a remastered HD collection. Without fog. But that’s a whole different complaint. I don’t want you to walk away thinking that companies are just trying to sucker money out of you like Konami did with that remake. Of course, the remakes are beneficial to the company, but there’s a whole slew of people who may have not been able to become fans of the series during the time of its prime. But now, everybody can enjoy running into people in Haven City in the Jak & Daxter collection! Don’t even pretend like you didn’t.

Let’s take one last look at the big picture. HD collections are a good thing! They date back to the SNES days when Nintendo popped out Super Mario All-Stars with enhanced remakes of the original Mario trilogy. Remake introduce new fans to old franchises, help out the developers for the future, and bring back that feeling of “Oh yeah! I remember that!” There are so many on their way too! Kingdom Hearts 1.5 ReMIX is perhaps the best up and comer that puts content that wasn’t even on the PS3 there. It’s also a great way to catch up on the franchise before the newly announced game is here!

So look forward to more and more HD collections. As far I can see, they aren’t stopping any time soon and really shouldn’t. All that talk of Ratchet & Clank has got me itching to play it though. Maybe I’ll just wait for the movie though. How’s THAT for an HD remake?