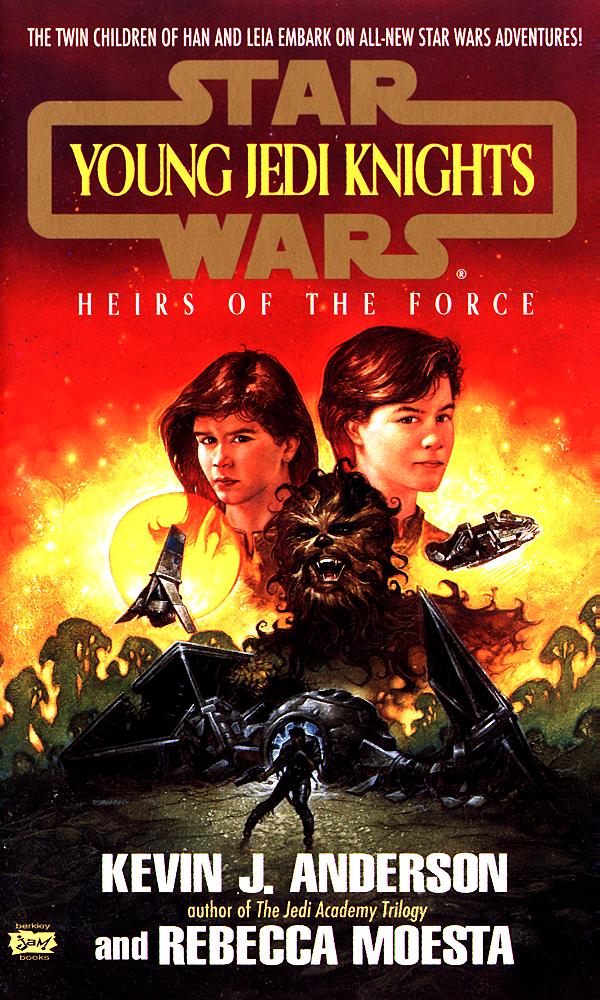 I grew up reading (and believing in) the Young Jedi Knights series, so the rumors circulating that two 17-year old twins are going to star in Episode VII pretty much stops my heart dead.

For those of you who aren’t getting chills in your bones, let me explain: the two twins are Jacen and Jaina, Han Solo and Princess Leia’s kids, that’s right, the Solo Twins. This means VII – IX are going to take place in the Star Wars Universe that occurs years after the originals and, hopefully, will incorporate tons of references to the Expanded Universe that’s been created in Star Wars novels, games and comics. (Leia with a light saber? Let’s keep our fingers crossed.)

Allegedly, Harrison Ford (Han Solo), Mark Hammill (Luke Skywalker), and Carrie Fisher (Princess Leia) have all signed on to play roles, so it actually makes perfect sense that this would be the next series’ plot. We need the parents, and we need Uncle Luke to train the twins to be the most powerful and awesome Jedi ever.

Disney also signed two screenwriters, Michael Arndt (Toy Story 3 and some of the next Hunger Games film) and Lawrence Kasdan (The Empire Strikes Back and Return of the Jedi) to tag team VII. The story, in the current Star Wars Expanded Universe, takes a dark twist:  Jacen is seduced by the dark side; he becomes Darth Caedus and is hunted down and killed by his sister.

Schmoes Knows reports thar a source got this from J. J. Abrams own casting breakdown:

Storyline: Two 17 year old twins, a girl and a boy, are trained by their Uncle Luke to be the greatest Jedis in the galaxy. Problems arise when the male twin turns to the dark side.

Jaina Solo – Female, 17 years old, lead. – Jacen’s twin sister, one of the greatest Jedis in the galaxy, trained by her uncle Luke Skywalker

Jacen Solo – Male, 17 years old, lead – Jaina’s twin brother, one of the greatest Jedis in the world. A loner who is constantly struggling with the idea of what’s right and what’s wrong. Starts to turn to the dark side. Full of conviction that what he is doing is the “right thing”. Will eventually become Darth Caedus.

We shall see if Abrams, Arndt and Kasdan stick to this plot or not, but I think this has some pretty entertaining potential.

Don’t hold your breath though, this Star Wars sequel isn’t set to come out until 2015. However, filming is starting in 2014 in London, so hopefully, we can get some more juicy tidbits of Episode VII news to help us stay alive ‘til then.