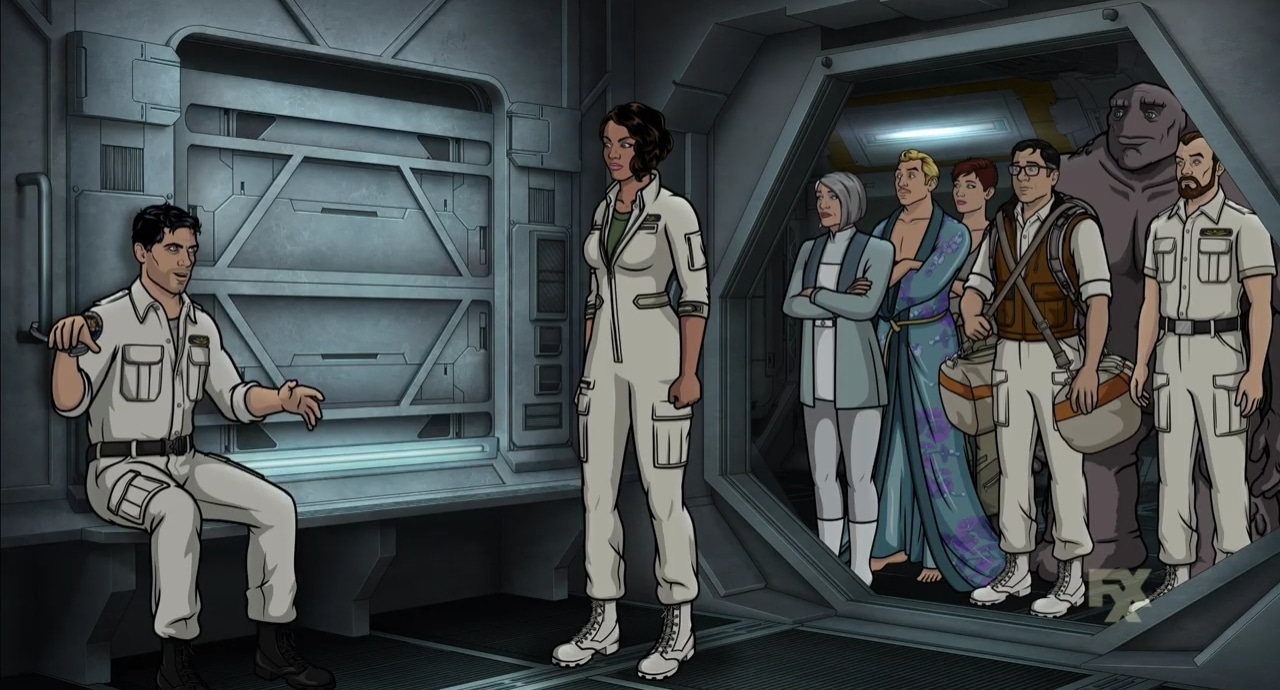 I love Archer. I’m not ashamed to admit that.

The show, I mean. Not necessarily the person. Because while he may be as entertaining as hell, let’s be clear—Sterling Archer is a truly awful human being. He constantly abuses his friends (both physically and emotionally), he kills without conscience, and he, um, inserts himself into any situation regardless of that situation’s current or previous romantic entanglements.

In other words, Archer does what’s good for Archer 99.9% of the time. Does he come to the rescue when those around him are in need? Yes—but that’s usually after he’s done something insanely selfish to cause the problem to begin with. Like Cosmo Kramer (another intensely dislikable character on an otherwise outstanding show), Archer waltzes through life doing whatever he wants and letting everyone else pick up the pieces. And the most frustrating part is that things usually work out in his favor.

But “Robert De Niro” gives us reason to believe that things might be changing for our favorite secret agent/drug runner/private eye/etc. As we suspected, Archer’s finally awake after his three-year coma, and the two-part finale helps put the last three dream-sequence seasons in perspective. And while you can never read too much into a comedy (well, you can—I’ve proven that over and over again—but you shouldn’t), we may be seeing a new and improved Sterling Archer in the years to come.

As Archer’s hallucinations continue, he’s forced to take a hard look at his life and what he’s done with it over the years. More specifically, he sees what he hasn’t done with it. He’s basically just half-assed his way through most everything, and while most of it’s been pretty successful, he has to wonder—what would things be like if, in his words, he quadruple-assed it? What could he accomplish if he actually tried?

But he’s also forced to reckon with the hurt he’s caused over the years. And the one incident that’s apparently haunted him (even though he probably chooses to ignore the guilt) is sleeping with Barry’s fiance. Yes, Barry’s just as awful as Archer, but would the two of them be such bitter enemies if Archer had just kept it in his pants for once?

The other big issue his subconscious seems to be working through is his relationship with Lana. He obviously loves her (as much as Archer can love anyone not named Sterling Archer), but there’s some real hostility there. Maybe it’s his way of sabotaging what he knows is his best chance for a stable, healthy, long-term relationship? Hard to say.

The bottom line is that, now that he’s realized all of this, will it make a difference? I know—Archer’s industrial-strength narcissism is a big part of what makes the show successful. And I’ll be the first to admit that he’s fun to watch (maybe he gets a pass since he’s an animated character). So do we really want him to change? And even if we do, is it even a possibility?

The answer to the first question is: maybe (how’s that for decisive?). My guess is that we’ll get Archer attempting to be a better person, but he’ll eventually give in to his baser instincts and revert back to old habits. Because (and this is the answer to the second question) I’m not sure he can.

Maybe that’s not entirely fair. As Emily Todd VanDerWerff wrote several years ago in reference to another larger-than-life TV character that underwent a similar experience, maybe Archer can change. But does he really want to? That will be the real question. And, at the end of the day, I doubt he really does.

Either way, here’s to another outstanding season of Archer! I’m already looking forward to Season 11.