When news first broke that Apple would be sponsoring the 2016 Met Gala, some people were confused. Lest we forget that fashion and technology have co-existed for many years. As Jenni Avins reminded us via her article for Quartz, the garment industry sparked the industrial revolution. In a world that has been taken over by technology, it’s only fitting for an industry like fashion to follow suit. With the invention of 3-D printing, laser cutting, and thermo-shaping, the options are almost endless when it comes to technology creating garments consumers want to wear.

What Is the Met Gala?

The Met Gala is one of the world’s biggest and most renowned parties each year, hosted by Vogue Editor-in-Chief Anna Wintour. This year, Wintour will be hosting alongside Apple’s design chief Jony Ive, singer Taylor Swift, and actor Idris Elba. The Met Gala doesn’t just bring in the fashion flock though. The guest list is often highlighted by those in politics, business, science, sports, entertainment, and an increasing presence by those working in technology. Not only is the Met Gala an opportunity to bring people from different worlds together, it reiterates the connection between art and the world around us.

Melding the World of Fashion and Technology

The exhibition and the Gala will be called “Manus x Machina: Fashion in an Age of Technology.” It will feature over 100 pieces from designers such as Alexander McQueen, Lanvin, Christian Dior, and Louis Vuitton. Alongside these haute couture pieces, they will be including creations made using 3-D printers. Costume Institute curator Andrew Bolton speaks highly of 3-D printing, while admitting it does still have limitations. There are certain restrictions due to the materials used but Bolton is optimistic that in the future, the 3-D printer will “challenge what we mean by fashion.” 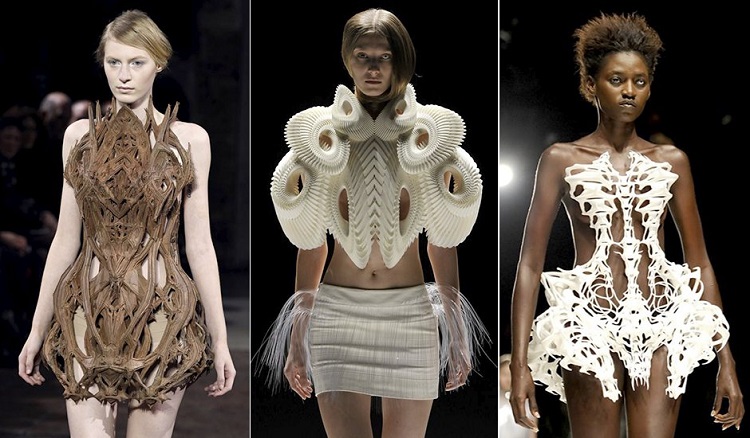 “Traditionally, the distinction between couture and prêt-à-porter was based on the handmade and the machine-made,” said Costume Institute curator Andrew Bolton. “But recently this distinction has become increasingly blurred as both disciplines have embraced the practices and techniques of the other.”

The future of fashion in an age of technology is unknown to us all but if the budding relationship between giants like Vogue and Apple is any indication, we have a lot to look forward to.

Nintendo Is Entering the World of Mobile Games