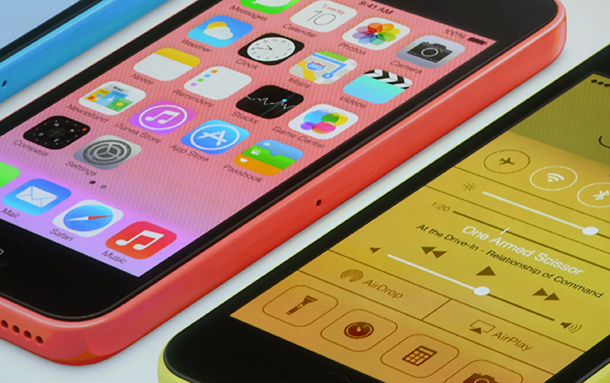 A recent report has indicated that Apple is working on next-generation handsets featuring bigger screens and rounded edges, following in the footsteps of Samsung and LG. Their record of making more of specific features than their competitors hints that they stand to provide flexible display technology with mainstream awareness. Assuming the information is accurate, does their backing herald the imminent establishment of new standards for flagship devices, or will this early implementation make only a modest impact?

The article suggests that plans involve 4.7” and 5.5” models. Even considering only the screen size, this would mark a significant departure for Apple as their iPhone iterations have been remarkably structurally consistent (at least superficially and relative to rival offerings). While Apple would never admit any such thing, it may be that the screen size boost is the result of a perceived need to keep up with Android and Windows Phone handsets which now predominantly offer screens between 4” and 6” or thereabouts. After all, it was only earlier this year that CEO Tim Cook spoke of the concessions required to produce devices with large screens and stated “we would not ship a larger display iPhone while these tradeoffs exist.” As such, it would seem that progress has been made on that front, although Apple are notoriously ambitious with their internal goals so there is no doubt a lot more work to be done before anything gets shipped.

Size and resolution are display aspects that have been pushed so far and so regularly that advances now seem pedestrian, but the prospect of a curved iPhone definitely seems novel. We can take from the description (“glass that curves downward at the edges”) that it will resemble the curve on the upcoming LG G Flex, meaning it will suit the user’s face more than their pocket. This will obviously afford the screen some protection when the phone is placed face-down on a flat surface, but it is unclear how the overall integrity will be affected. Much will be determined by the extent to which the body flexes. If there is some give to it, it may even increase the strength, but this is by no means guaranteed. Given Apple’s reputation for sterling build quality, though, we can expect it to be at least as solid as any of the previous models.

As for the software, well, it’s difficult to know what exactly can be done without knowing more about the possible additional innards. Samsung made limited use of the curvature of the Galaxy Round (see the roll effect), but Apple is markedly better at producing slick and simple functions, so users can expect at least a handful of iOS tie-ins. It’s difficult to say how gimmicky they will come across, though, as so much depends on the execution and presentation.

Regardless of what laymen might think, it will likely make no difference that the Samsung Galaxy Round is already available, or that LG have already announced a range with the same kind of curvature. Nor, for that matter, can we extrapolate much from how those products are received. Apple know how to provide selling points better than just about anyone. The original iPhone was notably similar to the LG Prada, but sold a whopping 5 million more units in two-thirds of the time. High resolution displays had been around for a while but the “Retina display” branding gave theirs a substantial buzz. In an industry of giants routinely cribbing ideas from one another, innovation loses heavily to marketing wizardry.

This means that Apple are absolutely capable of taking a small change like this and selling it as an exciting step in the road to the future, so I’ve no doubt curved iPhones will sell in massive numbers. Will the other big manufacturers (most notably HTC, Samsung, Nokia and LG) follow suit in curving their top devices? It all depends on how consequential the difference is and how trendy it becomes, but I have to say that I doubt it. While the ascent of flexible phones is absolutely inevitable (barring some unforeseen disaster), a slight bend doesn’t really offer much.

Apple’s move here may prove to be fairy crafty. If their loyal base loves it, that’s ideal. If it doesn’t, well, they’ve built up so much inertia that it won’t hurt them too much and could easily be rectified for subsequent models with minimal fuss. Either way, they get the credit from a wide and receptive audience for having popularized the idea, and valuable experience they can make use of when truly flexible displays become commercially viable.