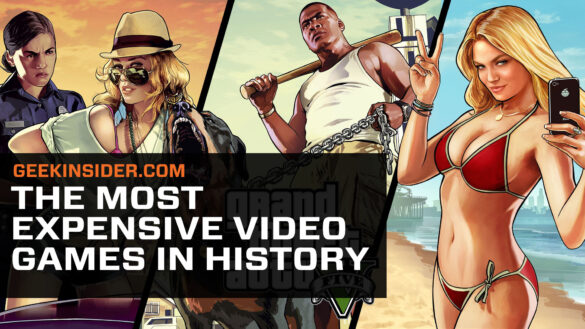 Video games have become a staple in our society, just like feature films. Turns out, they have budgets to match! As consoles become more and more advanced, games are becoming more and more expensive to make. As we have seen, and likely will see with the release of next gen Xbox and PlayStation, these insanely high game developing budgets are leading to inflated game prices. When is enough going to finally be enough? Consider Rockstar’s most recent release, GTA V. A whopping $266 million was shelled out to create this popular game and, as it stands, fans have no problem shucking out the big bucks to take home a copy. However, the GTA franchise isn’t the only massive budget offender (although they appear more than once on the list). Check out the other video games with the highest budgets on the infographic below!

Not only are we covering an insane amount of money being spent, lets also take a look at the top grossing games ever. They’ve got to make all that money back somehow, right? Game developers are certainly making sure they get their money’s worth. World of Warcraft in 2006 grossed 10 billion USD with over 10 million copies sold. That far surpasses CoD: Black Ops, who came in at second place with 1.5 billion UDS grossed.

The infographic below chronicles all of this, and even matches the games up against some of Hollywood’s most expensive films. Check it out – the comparison may just shock you!

Most Expensive Video Games In History