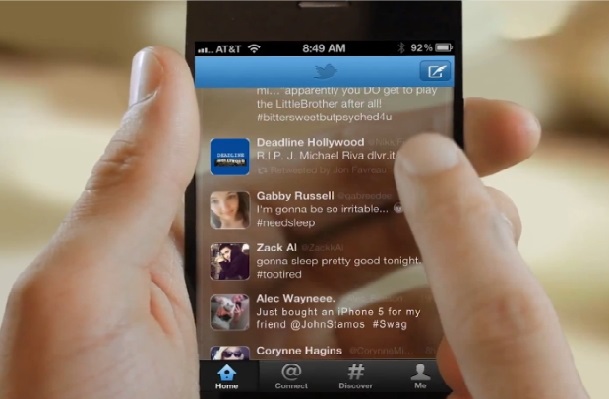 Apple has filed a patent that describes a wraparound display on a phone fully encased in glass. This could be the next iPhone. 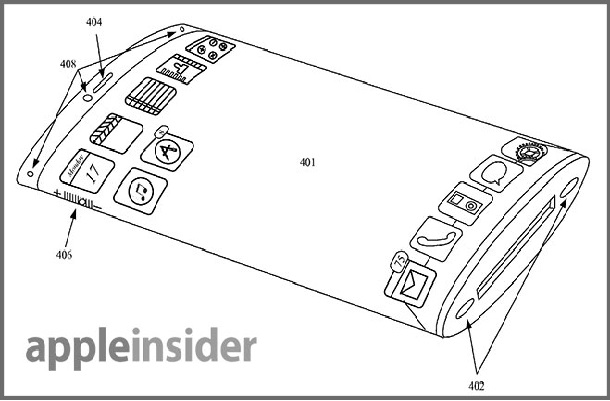 The filing mentions that phones of today don’t use most of the surface area in their designs, thus it proposes a phone with a foldable AMOLED display that would cover the entire handset. The phone will be touch sensitive across its entire body, with every inch acting as a receptor.

Apple argues in its filing that traditional handsets and tablets take on a planar form factor that do not use a lot of the surface area that they come with in their designs. It proposes a curved display that wraps around a majority of the device, or maybe even entirely, thereby allowing for the most screen space to be utilized. The filing also mentions specifications for more high-end mobile features like facial recognition (Jellybean-inspired?) and multiple flexible transparent displays layered on top of each other to work as 3D screens.

The display would fit into the transparent body of the device by folding, inserting, and then unrolling it back. This kind of design would allow for a completely buttons-free phone, where the volume and lock functions could be could be facilitated by gestures on the screen.

Why the interest in facial recognition? Since the phone’s display will cover it entirely – there will be a need for some system of detection of how the user is actually handling the phone, so that it can respond appropriately. For this, Apple has turned to facial recognition technology, and plans to pull it off with on-board cameras. With these cameras, the phone would output the display to the user appropriately.

As for 3D screens – the device could house multiple transparent displays, layered on top of each other. They would simultaneously project different visuals content – to produce the intended 3D effect.

A glass casing, and a transparent one at that, is also mentioned in the filing, with emphasis on its ability to transmit radio signals, for the obvious requirement of the equipment that will be housed inside.

Additionally, to curb the unusual number of thefts of the iPhone (half of all smartphones stolen in San Francisco are iPhones), it is being said Apple may include a ‘kill switch’ in the next iteration of the iPhone. But Apple has already gone on record to say that the next two upcoming versions of the iPhone were ‘designed under Steve Jobs’ – that is, had been developed during his presence at the company. Accommodating this ‘kill-switch’ into their design then, could be a problem.

Apple filed this patent back in 2011, and credits Scott A. Myers as its inventor.

Whether or not this patent describes what will be the next iPhone, or the next one after that, remains to be seen.