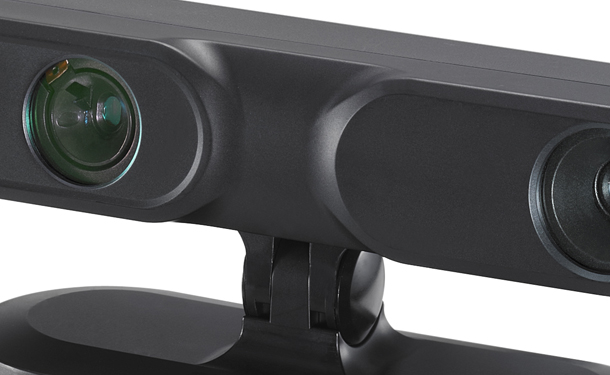 Rumors first emerged in July that Apple were looking to buy PrimeSense, a company focused on motion control systems and responsible in part for the first Kinect model. While they still have not commented on any specifics, stating that they “generally do not discuss [their] purpose or plans” they have at least confirmed the news. This means we can probably expect motion technology in Apple products in the near future, so how might they best make use of it?

The latest Kinect model (shipped with the Xbox One) has, for the most part, been received well. Cited as the reason for the Xbox One costing $100 more than the PlayStation 4, it involves a higher level of complexity than has previously been found in comparable systems. Inferring from this, it seems reasonable to think that Apple will be able to add motion recognition systems to even their cheapest products in the not-too-distant future. I can’t imagine they intend to shovel it into anything and everything indiscriminately, though, so let’s consider a few avenues they are likely exploring for their products.

This is allegedly the use envisioned by Apple, and it makes a lot of sense. With a straightforward redesign of the Apple TV box, they could fit a decent wide-angle camera (or two for a stereoscopic view) in the front and offer basic gesture controls. Channel changing, video navigation and volume adjustment would be the basics; more complex things would depend on the sophistication of the software and quality of the sensor or sensors. More could be accomplished with two side-by-side, and that seems like a strong possibility. While part of the appeal of the Apple TV box lies in the low price of the hardware, people are accustomed in general to paying a premium for Apple products, so I don’t imagine they’d struggle too much to offload a revamped model with a modest cost hike.

The possibilities here may be less obvious, but there are many more of them. After all, tablets are being used increasingly often as presentational tools in various kinds of environment. Imagine a business manager moving a slideshow along with mid-air swipes, for instance, or the headrest-mounted iPads now offered by some airlines allowing for passengers busy eating or half-asleep to select in-flight entertainment by moving their heads (or conceivably just their eyes).

More optimistically, envision an iPad propped up at the front of a class with the ability to differentiate between students and allow individuals control when deemed necessary by appropriate software. Maybe age-restrictions could pause informative content when inapplicable students entered the room? These notions aren’t very realistic yet, but iPads are already fairly popular with schools, colleges and universities, so there’s a real opportunity to be taken there.

iPhones or iPods: Security and Convenience

Given the smaller screen of an iPhone or iPod, the motion recognition would generally be dealing with the user’s face, so it would slot neatly into providing better face recognition for unlocking and authorization purposes. Additionally, while I’ve refrained from thinking too much about how the Kinect has already made use of the technology (hence not touching on games, for example), I can easily see an upgraded version of FaceTime with the ability to keep focus on the user’s face some distance away as they go about other tasks while talking.

There is an important use which could apply across the board, and that is increased accessibility for physically disabled users. For just one example, if someone were incapable of reaching out their hand, but able to bend their fingers, they might, with some initial assistance, be able to operate a motion controlled system very comfortably. Add eye movement recognition to the mix and you have a recipe for something with the potential to drastically change lives for the better. Apple pride themselves on the simplicity of their operating systems; who better to bring something like this to the fore?

Regardless of the specifics, Apple wouldn’t content themselves with a weak implementation of something this promising. They’d want to do it impressively or not at all. As such, we won’t hear anything about details until they are very confident they’ve got it right, so there might be a long wait ahead before we get any big announcements. Furthermore, whatever does arrive will probably be somewhat limited in scope so as not to risk buggy or inconsistent software.

Still, if anyone can eventually provide the kind of smooth operating required to bring motion control into not just homes but also business places and educational facilities, it’s Apple. When it finally arrives, expect them to hype it enormously, but perhaps, for once, with very good reason.

Doctor Who – How To Become A Whovian?