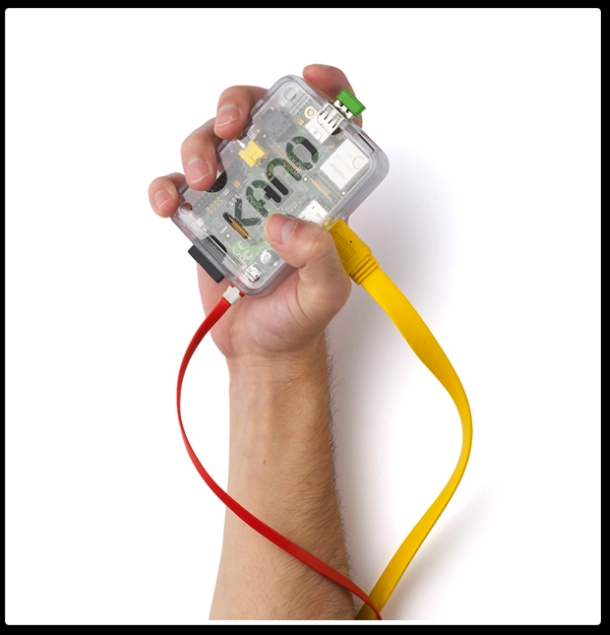 Imagine if Lego and a computer had a baby.

Not one of the ones like that creepy new doll that wets itself and farts. The kind of baby that is super cool and fun. That baby, the cool one not the farty one, would be called Kano and everyone would love it. I don’t know how people would feel about the farty one and quite frankly, I don’t care.

The Kano Kickstarter is well and truly kicked. In sports terms, it got the round thing through the hoop or into a field goal or one of those other things where one side is really happy and the other side isn’t. The Kano guys are the happy team!

(THIS Xbox One, is why I don’t care about Fantasy Football. Unless it’s Blood Bowl, then we can talk).

Their aim is simple. They have created a computer that kids can put together and learn simple programming on. It includes Mine Craft, Pong and it’s open source. They’re even doing it for the right reasons, to encourage more people all around the world to become computer literate.

Of course, there are detractors because what’s the point of YouTube if you can’t bag out someone’s cute idea? (I mean, other than cats). But the whole point of this project is not just to build a computer, it’s about teaching OTHER people to build a computer. It’s about letting others experience the mix of fear and joy when they create something with technology.

The Kano Kickstarter is a serious case of what happens when the universe cries out SHUT UP AND TAKE MY MONEY and just keeps yelling that. At time of writing, it is 6 times over what it asked for .

And the money keeps rolling in.

The extra special part about the mountains and mountains of money that the Kano guys are getting is that a whole heap of it is going to a good cause. You have the option to get your own Kano AND send one to a kid. You can even get in on helping them create an academy to help kids learn how to do amazing things (which would technically make you Professor X, I’m just saying). Aside from Amanda Palmer albums, this is exactly what Kickstarter was built for.

Take note, people who would like to Kickstarter one day, the Kano crew’s rundown of their project is a great example of how to do this properly. They give a great breakdown of what the various Kickstarter pledges include, the reasons behind what they’re doing and some beautiful pictures of the product. Even if you’re not interested in buying a computer that you can program because you’re boring or some other terrible reason, this Kickstarter is worth looking at as a guideline if ever you want people to Kickstart your project.

So, check out the Kano Kickstarter today.

And one day, as your little Geeklet rules the world from their laptop you can think, “All of this, all of these giant robots that keep World Order….It all started with a Kano”. Because Skynet had to get started somewhere.