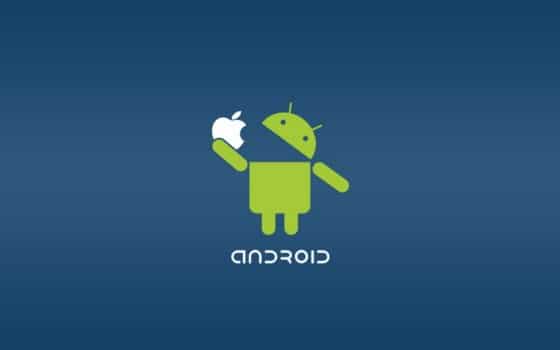 What version of Android does your phone run? 4.0? 4.1? Now pick 10 other of your droid-wielding friends. How many of them are likely to be running the same version of the OS?

A frequent weapon against Android in its war with Apple’s iOS, is the serious fragmentation issues the platform faces. While 93% of all iOS devices run the latest version of the iOS – the iOS 6, it is a very different story in the case of Android. According to the latest data, only 40% of all Android devices run the latest version – Jellybean. More frustratingly, another 33% of Android devices still run 2.3 Gingerbread, released way back in 2010.

But is it really an issue to be frustrated about? Whether you are an Android fanboy, wanting to defend your favorite OS, or the average user who doesn’t give two frags, is fragmentation really that much of a concern?

Apple fanboys, and Apple itself in fact, frequently taunt about how the iOS experience is consistent across all devices, and how it is the opposite for Android. But think about it, is that really a shortcoming? Even if you were to compare two devices running the same version of Android, chances are you’d still find great differences in the interface of the two devices. Different handset makers having their own custom overlays, and the platform itself offers so much choice to user for experimentation. The diversity of the device, is the beauty of Android. Sure, many may disagree, instead preferring uniformity (but we have Nexus devices for that). But then this makes it an invalid argument. No platform is inferior in this aspect – its just two sides to the same coin.

Sure, it’ll be great if most Android devices the world over would run the same version of Android. But think about it from a different perspective. Compare the market share of Android versus iOS in the global smartphone market. Android currently makes up for almost 79% of all smartphones sales in the world right now. It is undeniable that this is only because of the sale of budget handsets. An iPhone doesn’t belong to that segment, due to its high-end hardware and software.

The latest high-end droids, like the HTC One, do match up to the iPhone in terms of performance and build. They are perhaps, even superior. But then, they cost almost as much too. Coming straight to the point – it is clear that buying a handset with the latest, cutting-edge specs is going to blow a hole in your pocket. This automatically puts these handsets out of the reach of millions of people in many parts of the developing world. It is this reason that Apple has begun with many incentives to sell its older iPhones in upcoming markets like India. It is the same reason Apple would introduce a budget version of the iPhone (if the rumours are true).

But wait, Android is already sitting comfortable in that market segment. The Gingerbread-running devices are the budget phones we are talking about. The reason they cost a fraction of other smartphones is because they are simply incapable of running something like 4.1 Jellybean. Thus they run Gingerbread. And the fact that this version of Android still occupies more than one-third share of the Android market is a clear indicator of the success of these devices.

Google has tried in its own ways to introduce uniformity across the platform. Many of its latest offerings, like the messaging service Hangouts, are only compatible with devices running Android 4.0 ICS or better. It is a simple tactic to increase ICS adoption among handset makers, and have them dump Gingerbread.

But ultimately, Google, and you Android fanboys are going to have to choose. Android can either dominate the smartphone world in terms of number of devices, or it can reduce its market share and make way for other platforms (like Firefox OS) to capture the budget segment, all for the sake of uniformity. It cannot hope to achieve both.  Not yet.