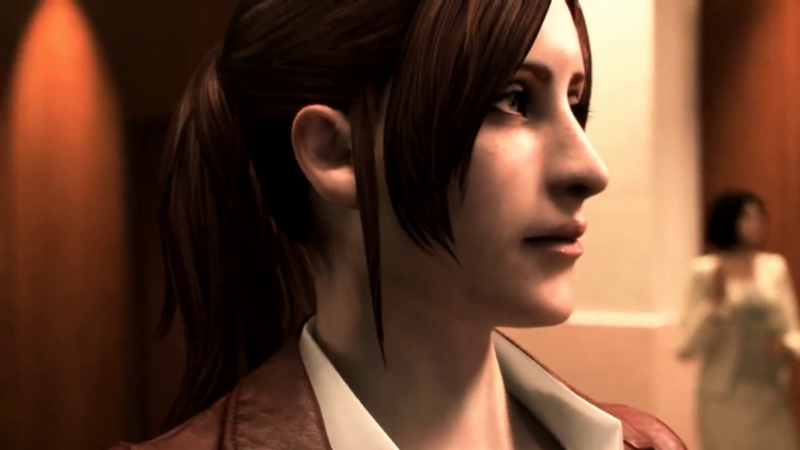 The announcement of two-time Resident Evil protagonist Claire Redfield returning in the starring role of Resident Evil: Revelations 2 has created quite a buzz in the video game series’s fan community. “Claire Redfield is back, yes!” and “My queen has returned!” are two popular comments that you’ll find when searching Resident Evil-related tags on Tumblr, Facebook, and other social media sites. The release of the game’s first trailer, which depicted Redfield and the game’s secondary protagonist Moira Burton (daughter of series favorite Barry Burton) being captured by a squad of masked men and waking up in an abandoned prison filled with a new enemy called “the Afflicted” generated even more excitement among fans. But it also generated quite a lot of outrage from fans who expected Alyson Court to reprise her role as Chris Redfield’s younger sister.

Court, a well-known actress and voice talent from Toronto who is best known for her role as Loonette the Clown on the children’s show “The Big Comfy Couch, voiced Redfield in 1998’s Resident Evil 2, which introduced the now beloved character to the franchise. Since then, Court has returned to voice her in every entry in which Redfield has appeared, including lesser known titles such as Resident Evil: the Darkside Chronicles and Resident Evil: the Mercenaries 3D, making her one of only three voice actors who have continuously voiced their respective Resident Evil characters since their introductions (the other two being Sally Saffioti, who voices Ingrid Hunnigan, and Jim Ward, who voices Jack Krauser). Court’s dedication to the role, which she attributes to the fact that Redfield’s character has been allowed to “grow” throughout the series, has earned her the dedication of a large percentage of the Resident Evil fan community that cannot—and do not want to—hear any other talent’s voice come out Redfield’s mouth.

That dedication is precisely what caused the backlash heard through the fan community when fans watched the newly uploaded trailer and were shocked not to hear Court’s voice among the myriad of shouting and screaming that overlays most of the video’s imagery. Since then, the entire fan community has exploded with contempt at the mere possibility of Court not reprising her role. Some fans have even gone so far as to boycott the game unless Court is confirmed to be or becomes involved in the project. One fan created a petition asking that Court immediately replace whatever actress might have been cast in her usual spot.

That’s not to say that Court is confirmed as not participating. The outrage surrounding the rumor of her absence started solely based on the fact that her voice is not present in the trailer—which makes sense, because we don’t actually see Redfield talk. Still, the rumor and subsequent outrage persists as, despite the backlash, both Court and Resident Evil‘s publisher CAPCOM continue to remain mum on the issue. But the forecast does not look good. While CAPCOM representatives haven’t made so much as a peep, Court has made a few vague posts on her Twitter page that hint that she won’t be returning in the newest Resident Evil installment. Gameplay footage of the game in which Redfield does speak—but over which the player speaks—has found its way to YouTube, but the voice does not sound like any of Court’s previous work. For the meantime, the only thing that fans can do is just wait for an official statement from CAPCOM, Court, or—should the rumor indeed prove true—Redfield’s new voice actress.