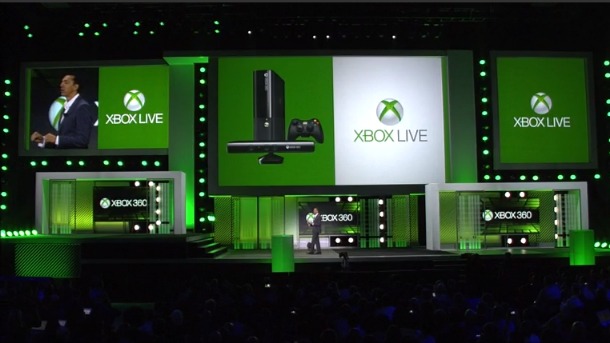 After the Xbox One Launch:
Me: “Help me, E3 Microsoft Press Conference, you’re my only hope”

Microsoft Press Conference: “I find your lack of faith disturbing”

Then, I choked on sadness (and the shame of mixing of Star Wars quotes so badly).

Xbox One: Is it THE One?

If the Xbox One launch caste a shadow over your future gaming experiences, then the Microsoft Press Conference at E3 is a light in that darkness. Sure, maybe just a pen light, but it’s something.

For a start, they didn’t mention Fantasy Football once and there weren’t any moments where they sticky taped a dog to a game and called it revolutionary. (When I saw the dog on the new C.O.D, all I could think of was a more hardcore version of the Pets expansion on Sims).

I’m not going to lie, hardly any of the games struck me as something so mind blowing that you’ll need a new console to play them.

No, not even the car racing game (Forza 5), even if they’d had both the McLaren P1’s in the world on stage. They say they’ll make you feel like you’re ‘sitting in the leather seats’, but unless it makes a SLORRRRRP sound when your player gets out of the car on a hot day, I’m not convinced. No matter amazing the graphics look (and they do look amazing).

Another game they seemed pretty chuffed with, but didn’t float my boat, was  Ryse: Son of Rome. It seems to be a mix of FPS and strategy game (if ever you’ve played Brütal Legend , you know what I’m talking about). One minute you’re by yourself, the next you’re commanding an army. Also, I mean, they spelled it with a Y….That means it’s dark, man. It’s like spelling vampire as ‘vampyre’. It shows you mean business.

That’s not to say the games didn’t look great and unlike the ‘One’ reveal, Microsoft did well to cover all the bases for their gamers. It gave a little hope to the idea they hadn’t completely forget about us and from the selection of games they showed, maybe they were asking our forgiveness.

There were three games that might redeem the Xbox One enough to find itself nestled in the safety of  my living room.

It’s set in a wacky looking, ever changing, expansive world that’s filled with freaky looking monsters. There’s something definitely fun about this game, not least because it looks like you can kill monsters with records and carbonated drinks with a high sugar content.

But more importantly, it has things to shoot that go splodge!

Their premise is simple, you make a game that you can play in. You decide on the landscapes, the villains and you can make rocks your friends. Not stupid rocks that just sit there, but rocks that become earth versions of Voltron.

Plus, as they were showing off this game, they made the joke “Let’s rock and roll”….

It may have just been the way the other games were pitched, but Witcher 3 seemed like the best game (other than Spark) suited to the capabilities of the Xbox One. Most of the others just seem like games that you could play on a super powered 360.

Witcher 3 allows spells and fight modes to be dictated by the Kinnect (if you want it to) and inventory to be accessed by the Smart Glass (if you want it to).  All while ticking the buzz words of ‘expansive’ and ‘non-restrictive game play’. This looks like another great addition to the Witcher franchise.

As great as all the games were, it’s still not a console I’ll go to a midnight launch for. It might be Xbox One, but I can’t be sure it’s ‘The One’ for me.  Not yet. Especially given the price once it hits the Southern Hemisphere ($599).