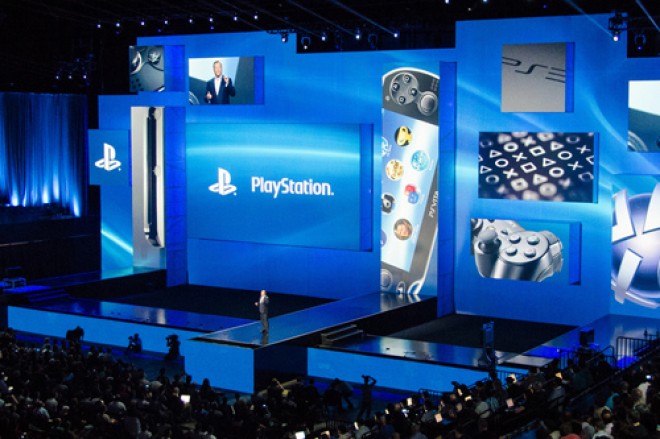 Alright everyone, now that I’ve tackled the Xbox One reveal at E3, I think it’s time to move onto the Playstation 4. It seems that Sony decided to play it smart this year with their console release and took advantage of being the later of the two companies to reveal their console by taking some shots at Microsoft. Of course, there is still plenty for me to complain about, so let’s begin!

Sony has decided to finally just give up the only thing PS3 fanboys ever had to hold over the heads of 360 owners: free online service. Not only that, but with Live also introducing free games, PSN is losing what little edge it had. Let’s all hope that Sony has managed to create a better system than they had on the PS3. With there being little benefit to PSN over Live these days, nobody is going to stand for a month of downtime after a network hack.

I complained in my Xbone article about having to pay for Live on the 360 while PSN was free on the PS4. So, why am I not outraged about the PSN suddenly charging as well? Because when Microsoft made the change, they did it against competition who was still running a free service. Now that the 360 already walked that trail, Sony has no reason to keep theirs free. So, at the end of it all, I blame Microsoft for PSN also going pay-to-use. Looks like we’re going to need the game download service too, since neither console will be backwards compatible. They are busy trying to make us repurchase our own games in digital form instead of letting us play the ones we have already. They did have some cool announcements of new games, though.

I don’t know about all of you, but I’m a huge fan of role-playing games. When Sony showed off Final Fantasy XV and Kingdom Hearts, I was completely stoked. I know we haven’t really had a great FF since X (arguably), but I can’t help but keep the hope. So PS4 won big points with me when they were revealed as exclusives for the console. That is, of course, until the game publishers came out to clear up that both games are totally available for Xbox One, as well. That was sheisty, Sony! Now you just kind of look like a jerk in that regard. Good thing you got to follow after Microsoft though, huh? PS4 will basically be getting Killzone: Shadow Fall, Infamous: Second Son, and Deep Down. Honestly, it’s a pretty weak line up when compared to what Microsoft had in it’s announcements. I will say that Deep Down looks really, really awesome and I hope it turns out well.

To be honest, after watching the Microsoft reveal, there isn’t much bad to be said about the PS4 by comparison. Sure it has issues, but at least I don’t feel like Sony is actively trying to screw me to the same degree. I’m sure everyone is tired of hearing me complain, so now on to the good stuff Sony revealed to us!

That video was played to uproarious applause. Sony had the brains to listen to all of the people who were screaming about how awful the whole “used game fee” plan was. Because of it, they positioned themselves in a hugely favorable spot with gamers. The used game issue was a big problem for a lot of gamers and Sony was determined not to make that same mistake that Microsoft did.  They were even smart enough to show that video right before announcing that we’ll have to pay for PSN. Sony clearly had a game plan this E3 and they executed it with perfection.

When the Xbox One was announced at the 500 dollar mark, I was so offended that I had to write an entire article on it. So what a relief it was to see the PS4 coming in at 100 dollars Cheaper than it’s competitor. They are however helping run the pain train on us UK people with their 349 European price. Did everyone living over here do something to garner the hatred of these game companies or what? Sony has apparently teamed up with Microsoft in an attempt to not sell consoles in Europe, and they’re doing it quite effectively. On the plus side, the PS4 will not be region locked. At least I’ll have to option to make my friends in the US buy it for me and just ship it over. With the Xbone I’m just stranded on an island of expensive crap.

While I was disappointed in the amount of PS4 exclusives I saw, they did seem to have a good spread of genres. While I feel like Microsoft puts all their eggs into the action game basket, Sony leaves me feeling a little more confident that something interesting might come out. Last gen, Sony was the company who took risks on unique games that otherwise wouldn’t have made it into production. Hate on Folklore, Eye of Judgment, and similar games all you want, but we never saw anything like them on the 360. The announcement of Deep Down was just another piece of evidence that Sony is still willing to try and bring us another surprise hit like Demon Souls.

PSN will also cost 10 dollars less a year than Live. I would say this is something that matters, but the infinite difference between Live and PSN costs before were irrelevant. People just paid for whatever service was attached to the console they preferred and online costs did little to change that.

The PS4 appears to suck less than the Xbox One and they share a lot of flaws. Sony came out swinging and made sure to kick the Xbox One while it was down. Standing next to it’s competitor, the PS4 looks like a hands down winner, but if we separate it out on it’s own it’s just another overpriced toy with a lot of big promises. I’d say give them both a year after release to see which one is actually worth investing in. Until then, save yourself the money and hassle by just picking up an OUYA for 100 bucks; it should tide you over.