It’s no secret that we’re all discreetly suspicious of robots soon taking over our tasks, our jobs, and the whole world soon after. Personally, I’m quite fond of my iRobot Roomba buzzing around, vacuuming my floor as I waltz around and play “hero” to my dog who sees it as a canine-thirsty contraption after her organs. Others feel robotics are booming a little too quickly, taking the humanistic appeal out of aspects of life pinpointed to be experienced strictly by us homo sapiens. But are some robotic inventions necessarily a bad thing?

Today, robotic inventions have been thriving and, according to some, long overdue. They began as what may have been considered “robotic” back in the day when they were really born as machinery. During the Industrial Revolution, it was evident that humans desired some type of machinery to assist in the manufacturing processes fueling the innovative phase—machinery that could serve as tools to cut hand production methods out of the equation. Enter: the machine tools that would later lead to an interest and eventual discovery in groundbreaking robotics.

A certain company out there has taken robotics, specifically in the healthcare field, to a whole new level. Hstar Technologies was founded in 2007 by a group of roboticists (there’s even a term for these people!) from MIT. Headquartered out of Cambridge, Massachusetts, this company conducts robotics research and development solely on money they receive from private investors and grants from the U.S. Small Business Innovation Research program. Yeah, they’re that good. Their team is made of robotics engineers with years of experience that would probably make most of us feel like Family Guy’s Chris Griffin in comparison. 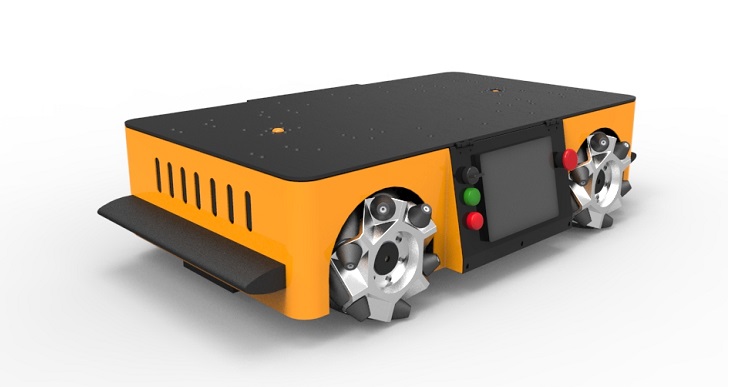 These guys have two products that blow man-made contraptions out of the water. The first is what they call the AMP Robotic Mobile Platform. This little bugger is a platform on four wheels made to transport payloads, eliminating the need for manual loading. Get this—the platform designs vary by requirement in light, industry heavy, industry heavier, and a crab drive platform that brings the navigation without the noise. How’s that for a load off your shoulders?

The second and probably the cooler of the two products is the RoNA Serbot. Look out, nurses—you may be wandering the halls one day with these computerized beings. The RoNA Serbot is a robotic nursing assistant that can be used in-hospital or in-home. As far as its capabilities, it’s not that far off from an actual nursing assistant with the exception of its lack of a skeleton, an epidermis, and all those other minute details. Need help opening the door? RoNa Serbot can get that. Need medication delivered down the hall? RoNa Serbot will get going with a tray of meds. Feel dizzy? No worries—RoNa Serbot can transform backward into a makeshift chair. If those tasks aren’t more than enough, this baby can be customized when built by its designers based on the client’s needs.

Be on the lookout for more of these human-replacing gadgets. Though we’ll probably never get to the point where society is RoboCop’d out, it’s pretty clear that these bots are being developed with brilliant proficiencies beyond anything we could ever imagine. Loading platforms, nursing assistants, what will be next? Pretty soon developers will be crafting geekbots programmed to produce geeky written content for Internet publication…in which case I should probably take a hint and keep my dog out of the iRobot Roomba’s way.