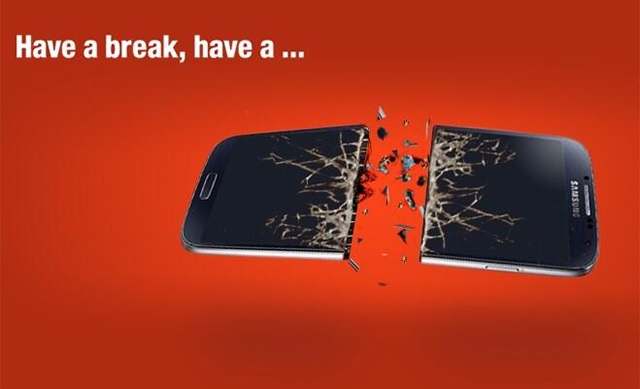 The ad wars have begun – and the battle is being fought over Android KitKat. While Nestle is mocking Apple’s advertising style with its KitKat parody, Nokia is taunting Samsung on the same subject. 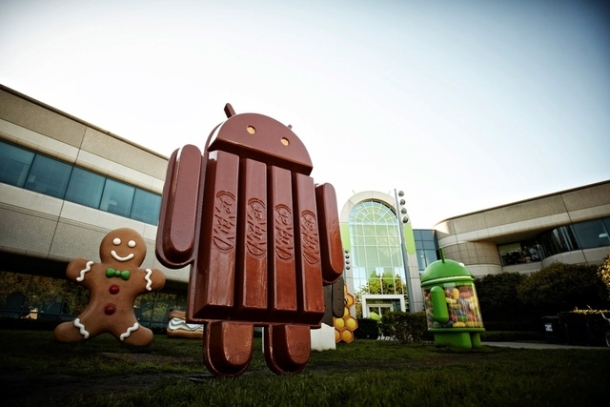 Google recently announced that the next update to Android – version 4.4 – will be called ‘KitKat’. The Android update was strongly rumored to be called ‘Key Lime Pie’, but the search giant instead opted for the name of Nestle’s chocolate bar as the masses would identify with it more. Then began the ad campaigning. Android’s splash page was updated, showcasing KitKat. Nestle on its part, released a video commercial mocking Apple’s familiar product launch style – with Chris Catlin, the Chief Breaks Officer at KitKat, replacing Johnny Ive. We’re introduced the KitKat 4.4, with worldwide coverage.

It doesn’t end there though.

As if in retaliation on behalf of Apple, Nokia joined in on the fight. The company’s German twitter account recently tweeted this picture, taking a shot at Samsung and KitKat at the same time. The image featured Kit Kat’s trademark line – “Have a break. Have a..” – with a broken Samsung Galaxy S3 replacing the word Kit Kat.

That’s where it ended though. At least, for now. Nokia’s devices and services division was recently acquired  by Microsoft for about $7.8 Billion, and it seems to have fused some confidence into the ailing Finish company. Microsoft is known for its unusual commercials and advertising strategies. It once launched an app – ‘Switch to Windows Phone’ – for Android devices. The company’s Scroogled campaign also attracted a lot of criticism.

Check out the video below:
https://www.youtube.com/watch?v=Uty2wheNec8

What do you think of these advertisement battles? Would you be looking forward to a few more responses from the tech giants? Or is this plain silly?