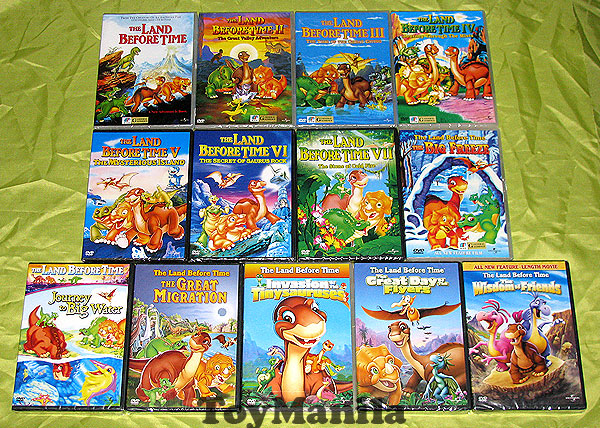 Don’t you hate it when you love a movie, love the characters, beg for more…and then wish you hadn’t? Movies that are made just for the story’s sake, and not to rake in the big bucks, are usually the best. When the someone in the film crew gets a big head and decides to squeeze out another flick just to cash in on the success of the first (or second or third), things always go downhill. Think of The Land Before Time. Such a classic from Don Bluth, and one of my favorite feature-length cartoons. Six years later, someone new took the idea and made The Land Before Time II, which opened a horrible flood gate of Lands Before Time. The latest release, The Land Before Time XIII, went straight to DVD in 2007. Hopefully this franchise will finally be extinct.

Jack T. Colton and Joan Wilder make such a great couple. They endured so much through the first movie: action, adventure, steamy romance; we were just dying to see them again. Sadly, we got our wish the following year. All the fun and charm from the first movie was gone. Even the “surprises” are quite predictable. Jewel follows the typical action-flick format, with no room for growth of the characters. We watched Joan Wilder come into her action/adventure persona as the first movie unfolded. It was endearing to watch her slowly shake off her prissy, shy, writer shell and become one of the characters she so often wrote about. There’s none of that in Jewel, the characters stay the same throughout. Romancing the Stone was such a great movie, don’t ruin it by seeing the sequel.

Michael J. Fox glowed in the first movie. It was funny and sweet and came full circle with a good message in the end. Michael didn’t sign on for a second movie, so the writers thought they could piggy back on the success of the first movie by doing the exact same thing but with Scott’s cousin, Todd (played by Jason Bateman). In an attempt to trick viewers into thinking this movie would be different than the first, they put Todd in college and traded basketball for boxing, but other than that it is basically an unoriginal, poorly executed copy. The best thing to come from this movie is that it helped put Jason Bateman on Hollywood’s radar, as this was his first feature film that wasn’t made-for-TV.

The eleven-year gap in between the first and second movies pretty much guaranteed this movie would fail. Jim Carrey was fantastic in the first film, making us laugh and cringe with raunchy comedy as he attempted to woo Cameron Diaz. This sequel focuses on an infant and a dog. How. Hilarious. The rating dropped down to a family friendly PG, leaving only dull jokes and dancing baby antics. The Mask actually had a plot and a pretty entertaining storyline that was scattered with cartoon action at just the right moments. Son jumps right into the sub-par computer effects, the plot basically stinks, and nothing can beat Jim Carrey’s craziness.

A cast full of the funniest guys in comedy at the time – Bill Murray, Rodney Dangerfield, Ted Knight, and Chevy Chase – all interacting on screen to bring us laughs and a ridiculous plot. Take all that away and you’re left with…nothing. Sure, Chevy made an appearance in the second flick, but without the other actors to bounce off of, his acting is stiff and forced. There was really no point for the second movie, the first one ended perfectly! And by waiting so long, they lost all their lead actors. In an attempt to bring a big name to the second, they asked Dan Aykroyd to fill in, which would have probably worked out had they actually written something funny for him to say or do. This movie was an obvious attempt to cash in on the success of the first, but what made the first so successful was mainly the actors all working together.

Sequel to The Blair Witch Project (1999)

Everything that made the first movie awesome was that it was so original and basically unscripted. All the reactions from the actors and actress were honest. They believed the myth of the Blair Witch, as told to them by the director, until after the film’s release! They actually were scared, they actually were angry and yelling at each other. To really ensure irritable and more emotionally unstable people, the film crew provided the three star actors with less and less food as filming went on, so they were extremely hungry and cranky on the last few days of shooting. The first movie also ended with almost no way to do a sequel. The tapes were found, and played. Done and done. Book of Shadows attempts to bank off of the craze where actual people went to Burkittsville in search of the Blair Witch. They also added a whole new layer of sex and relationship drama that was completely unnecessary. The movie was stupid. All of the actors were acting, there was no real emotion. Book wasn’t even that creepy. There were a few moments causing me to jump, but nothing like the first one. Nothing that slowly crawled up your spine and into your head, haunting you for days afterwards.