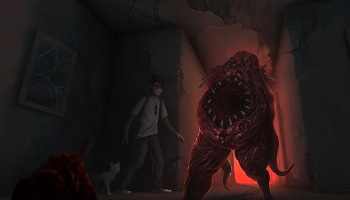 The premise of this one’s pretty simple… at first glance. You’re one of the only survivors of a mysterious outbreak that’s turned an entire city into a ravaged, barren wasteland. You’ve been trying to take care of yourself since everything went south, but things aren’t looking so great. You’re running low on food and supplies, and the creatures are becoming more numerous by the day. Your only choice, if you’re to survive, is escape.

That’s where things start to get weird. See, there are a lot of hints dropped all throughout the game that your character’s not exactly right in the head. He’s troubled by strange hallucinations where he flashes back and forth between the past and the present. He’s plagued with disturbing nightmares in which he’s either taunted by a man in a blue sweater or subjected to philosophical questions by a black-suited man with a box on his head. 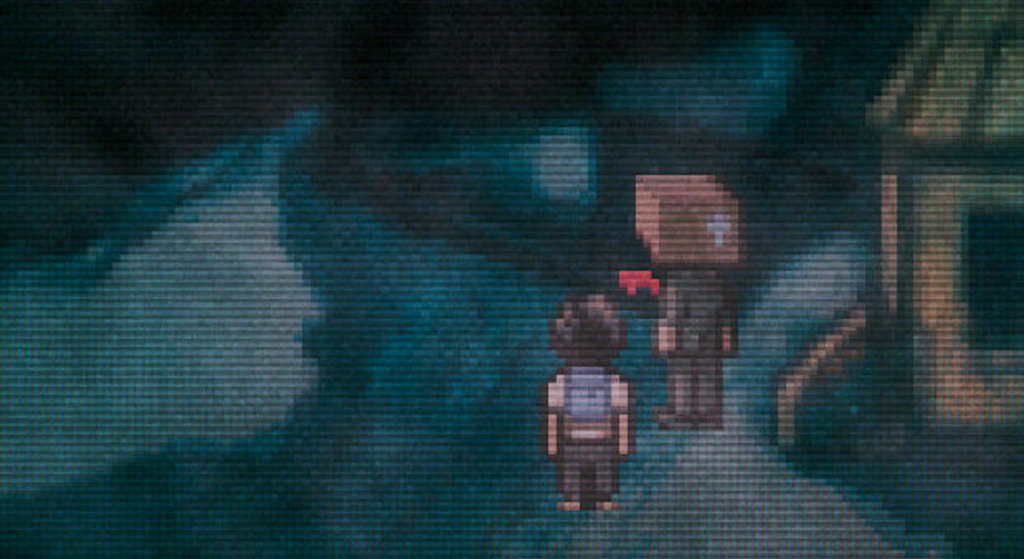 There are actually some pretty heavy implications that the events of the game are simply hallucinations–perhaps the result of grief over some personal catastrophe. It’s never really clear, and that’s honestly part of the allure.  You’re never sure what’s actually happening, or what will happen next. As a result, you’re almost constantly on your toes.

Of course, no horror game is complete without monsters, and Lone Survivor’s got some excellent ones, which make no secret of the developers’ influences. They twitch and jerk in a way that should be impossible for any living creature. Factor in the odd mist that seems to cover everything and the weird, fleshy portals that open all throughout the complex and you’ve got all the makings of a game wholly worthy of being referred to as a two-dimensional Silent Hill. 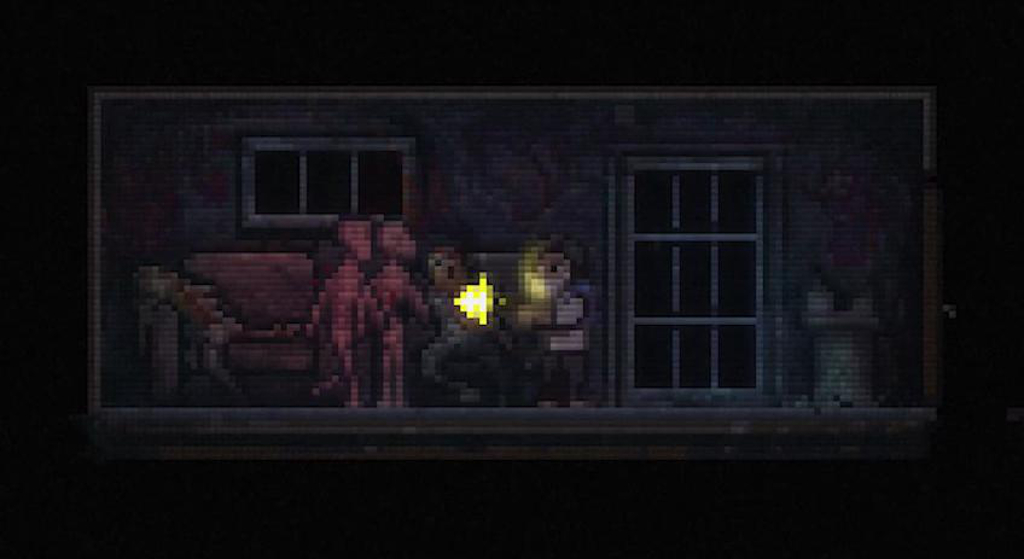 What’s more, those are actually the least disturbing elements of the game. Like all the best horror games, Lone Survivor is a primarily psychological affair. As you progress through the game, you’ll find yourself awash in the hopelessness and isolation of the protagonist, referred to only as “You.”  As such, the game only starts to get really troubling when you take the time to stop and think about the implications of what’s going on around your character, and the reality of what might actually be happening.

Certain actions–gunning down monsters, eating terrible food, and taking red or blue pills–will lower your mental health considerably. You’ll find yourself talking more to the aggressive, violent blue-shirted man, and you’ll end up getting one of the game’s ‘bad’ endings. On the other hand, if you eat right, avoid killing, and take green pills, you’ll find the suited box-headed man taking an interest in you, and you’ll end up with one of the ‘good’ endings. 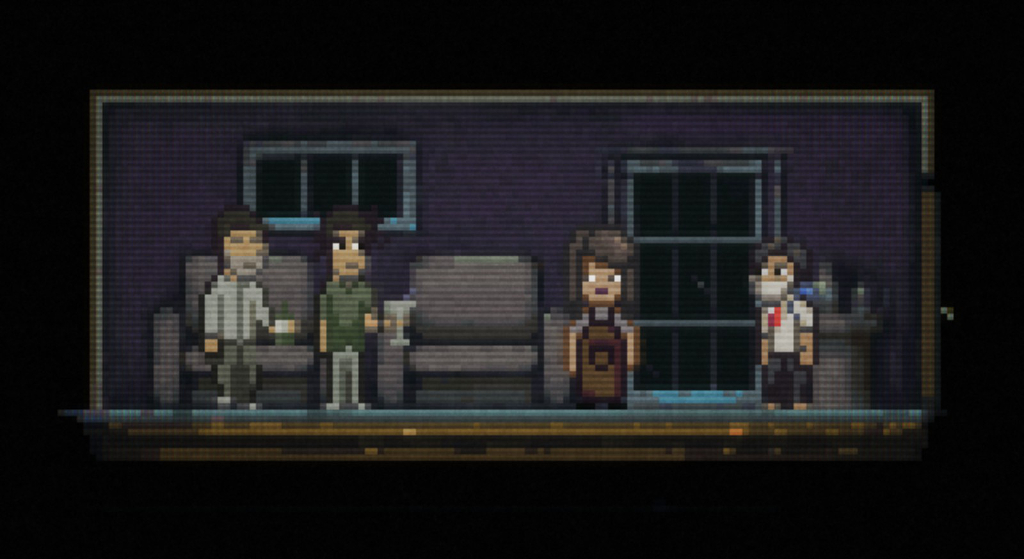 One thing I will say about this system is that getting a decent ending is actually quite a challenge. Monsters can be avoided either by distracting them with rotten meat or stunning them with flashbangs, at which point you can take to the shadows to sneak past. Unfortunately, this is oftentimes easier said than done. You’re not always going to have enough items to distract the monsters, nor are you a;ways going to find a decent hiding place in order to sneak past. I suspect that this is a conscious choice on the part of the developer, though; the most destructive path is almost always the easiest one to take in the real world, after all.

You can grab the director’s cut of Lone Survivor on Steam for $14.99.

Indie Game of the Week: Bob Came In Pieces