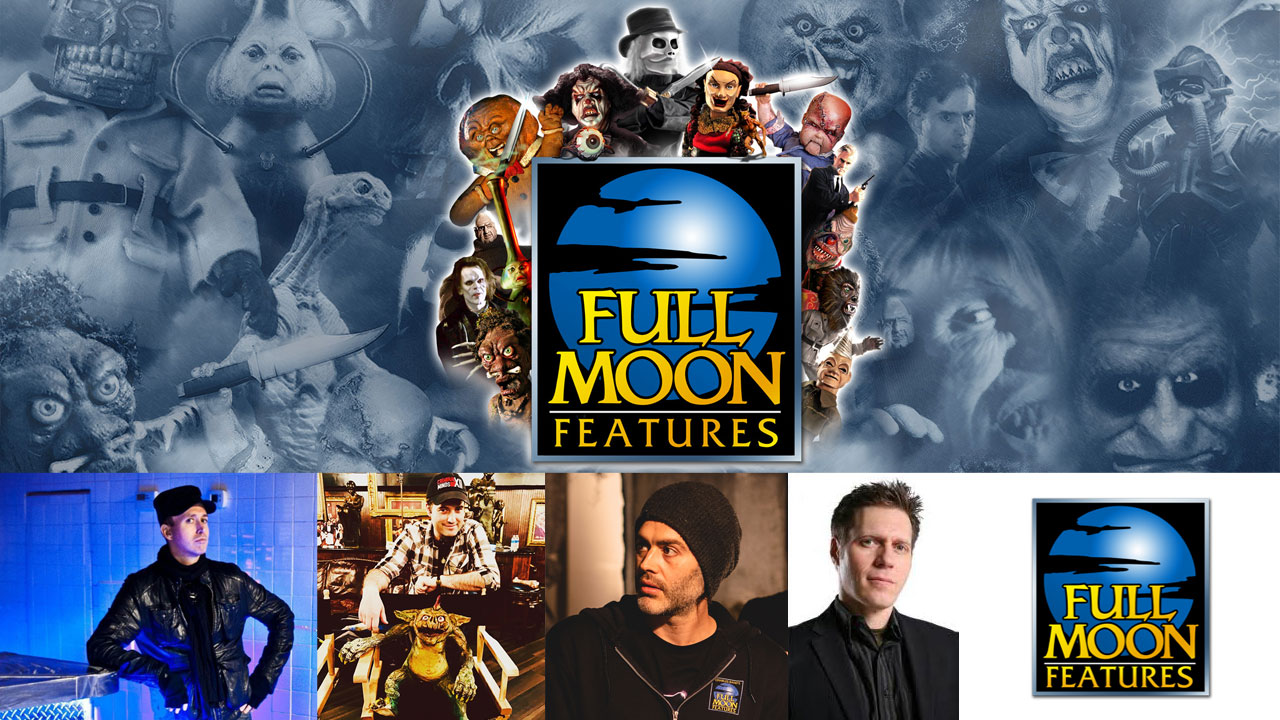 Love horror? Then Full Moon Features and their Deadly Ten productions is already on your watch list. Geek Insider will be hosting a block during #iNDEEvent with 4 directors from Full Moon, to talk about their films and their experience with the Deadly Ten.

Chris Alexander is the former editor-in-chief of FANGORIA as well as the editor and co-founder and editor of cult film magazine DELIRIUM, published by Charles Band. He is the writer, director and composer of the films BLOOD FOR IRINA, QUEEN OF BLOOD, BLOOD DYNASTY, FEMALE WEREWOLF and SPACE VAMPIRE and the director of Full Moon’s Deadly Ten chiller NECROPOLIS: LEGION. As a musician he has released the albums MUSIC FOR MURDER, BLUE EYES OF THE BROKEN DOLL, THEY DRINK YOUR BLOOD and BODY DOUBLE.

Canadian-born, LA-based director and writer, John Lechago, has been a name in cult cinema starting with 2004’s BLOOD GNOME and continuing with the gooey BIO SLIME and later, the evil clown KILLJOY series for Full Moon.

Born far from the glamour of Tinseltown, Lindsey Schmitz had a rough-and-tumble childhood in rural Minnesota.  A modest beginning, Lindsey was raised by a single mother, the youngest of four children, none of whom ever wanted to play with him.  So, Lindsey spent his youth reading and drawing comics, all alone in the middle of nowhere.

After studying film at the University of Wisconsin, Milwaukee, Lindsey moved to Los Angeles, where he eventually started working for Full Moon Features, creating their video lab and overseeing much of their post-production workflow.  Femalien: Cosmic Crush was his first opportunity to write and direct a feature for Full Moon.  He currently lives in Minneapolis, Minnesota, where he works tirelessly to complete his portion of the Deadly Ten.

Danny Draven is is an award-winning writer, director and producer of primarily genre films & TV. After receiving his film degree from Emerson College, he moved to Hollywood and worked his way up through the ranks until he began producing and directing sci-fi/horror films for independent genre studio Full Moon Pictures (Puppet Master Series, Trancers) where he cut his teeth before starting his own production company, Lukan Pictures.

From July 10 – 12th, a slew of independent creators are bringing their show under one banner to hang out and entertain the masses. Our friends come from all over the interwebz and on Saturday, July 11 at 6PM ET.

Watch iNDEEvent LIVE or on Replay