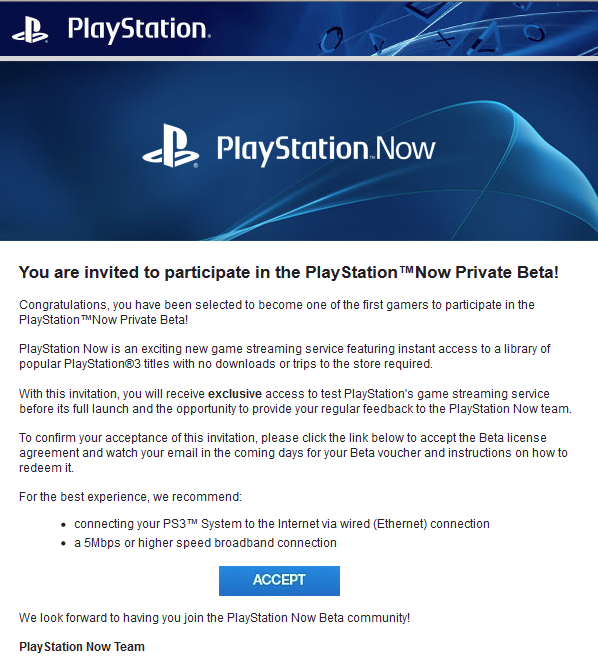 The beta includes “exclusive access to test PlayStation’s game streaming service before its full launch and the opportunity to provide your regular feedback to the PlayStation Now team.” The email suggests that participants should connect their PlayStation 3 to their local network via ethernet, and recommends having an internet connection of at least 5 mbps.

Sign ups for beta were opened early this month after the service’s surprise reveal during CES. So if you want to have a chance for an invite you better scurry along and sign up for the PlayStation Now newsletter. Who knows you may get a chance to receive some other cool stuff!

The official launch for PlayStation Now is set for the summer.