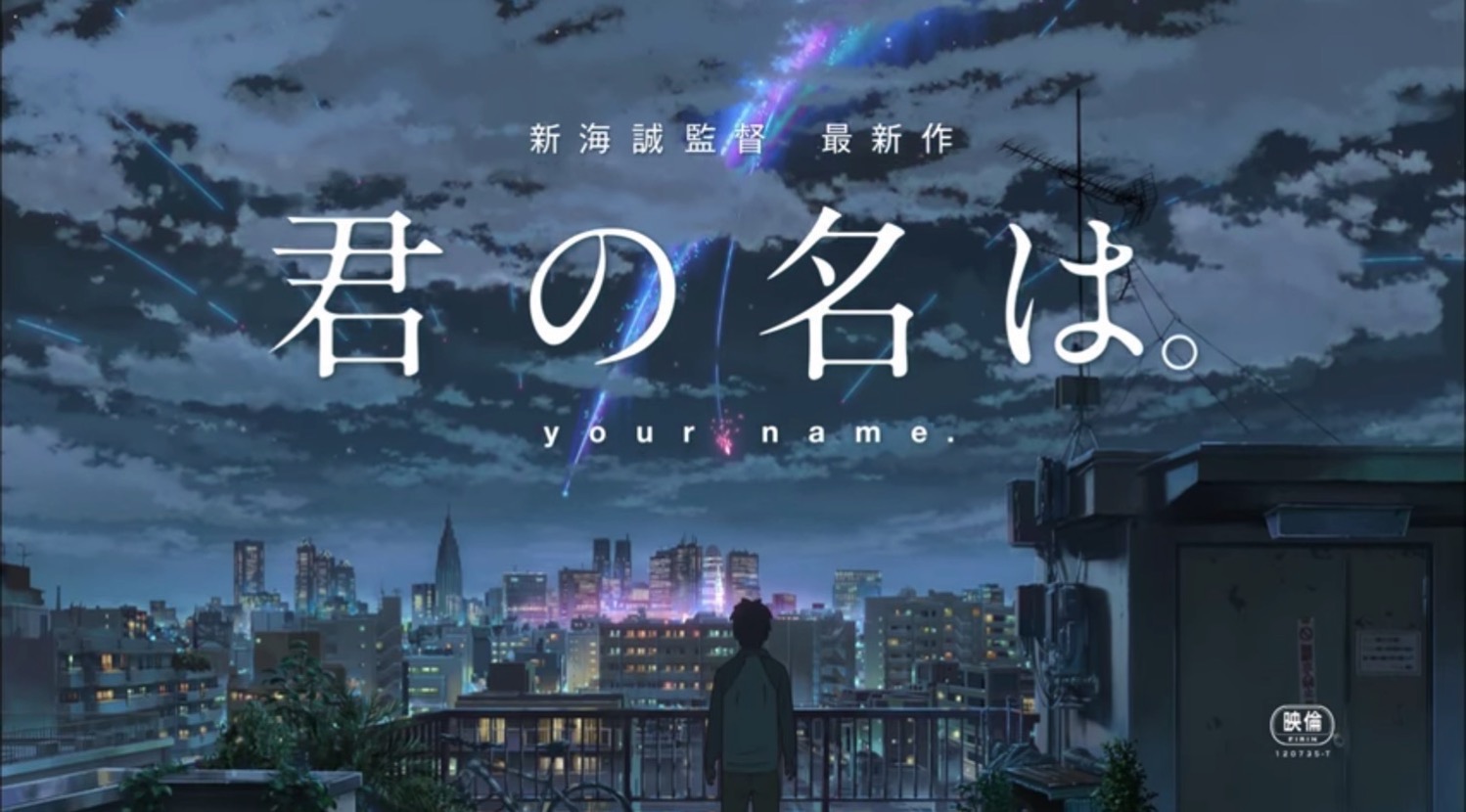 Your Name, a Japanese animated film originally titled Kimi no Na wa, is quickly breaking records other major anime have set. The only other animators to come close in popularity is Miyazaki and Studio Ghibli. The creator of the film, Makoto Shinkai, has been dubbed Miyazaki’s successor. Your Name is now the ninth-highest grossing Japanese film, and the only Japanese animation to rack up more than 10 billion yen in revenues apart from Miyazaki’s works.

The film is about two body-swapping teenagers. A tale as old as time. But the animation and cinematography is where the film shines. These two things have made the story come alive, and left viewers recreating scenes from the film. The scenery is based on actual places in Japan and viewers are mesmerized by it. Along with the incredible cinematography, a story about relatable teenagers has made this a smashing success.

Shinkai has said he enjoys making stories about teenagers to “create for the young generation who earnestly need such stories.” Shinkai believes their lives are stressful enough, and a release through manga or animation is needed when their day mostly revolves around school.

The film is bringing something new to the animated table and definitely worth the watch.