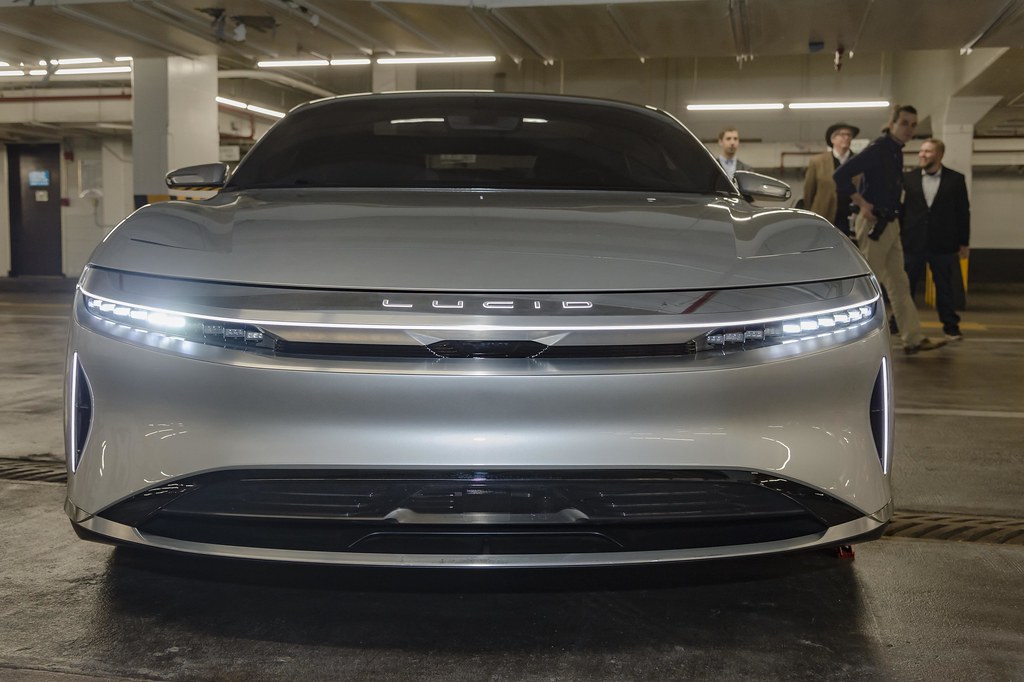 Lucid announced the launch of the Lucid Air sedan back in 2016. The vehicle will now go into production by 2020.

However, Lucid Motors, following in Tesla’s footsteps, will allow you to reserve the Lucid Air.

If you are interested in the new model of a sleek sedan, then this might be an option for you.

Let’s find out more about the Lucid Air sedan.

You can book an Air Sedan by placing a deposit of a $1000, don’t worry, it is fully refundable. Before production begins in 2020, you can claim it back anytime that you like. Remember not to confuse the deposit with the actual price of the vehicle, which is a cool $60,000. The total cost may go up to six figures depending on which options you choose.

Again, Lucid is following in the same footsteps of Tesla and other industry trends where you start with an expensive option for a select few before working to democratize access to the product.

But what is Lucid? Where did Lucid come from, and how do they fit into the industry?

First, did you know that Lucid Motors was known as Atieva at one point?

Second, Lucid Motors came about in 2007 and is currently in Newark, New Jersey, of all places.

Lucid came to be as a battery technology company and parts supplier for other producers in 2007. It was not until 2016 that the company decided it was a fully functioning automobile company. That was when they started to focus on the whole picture. Two years later, Lucid got $1 billion in funding from Saudi Arabia.

It’s an exciting story because it follows the Tesla story somewhat to a T, the founders of the company also had to focus on the components and to solve some structural energy aspects before concentrating on the entire vehicle.

It may also show that Lucid can be a prime competitor to Tesla as it can learn from Tesla while focusing on creating better products from the get-go.

What You Need to Know About Lucid and the Air Sedan

Lucid wants to reassure the audience and attract a reasonable volume of reservations, for which the company published a video from November showcasing the beta prototype of the new Lucid Air Sedan.

The electric automotive firm also released some communication where they told audiences about plans to create a total of 80 prototypes like these for the validation and testing processes.

If you take a look at the prototype, you’ll get a feel for the vehicle. According to Lucid’s spokesperson, it is 95% of the ultimate production car.

The specs list that the Air Sedan harbors autonomous driving technology, and has a range of over 400 miles. The vehicle has 200 plus mph top speed and 1000 horsepower. True to its name, the Air will also have over the air updates.

The production will take place in Casa Grande, Arizona. Lucid has said that once production begins, it plans on contacting people who have made reservations to place orders for the Air Sedan.

The company plans on delivering the product to the people who placed their deposits for the Lucid Air first. They also state that vehicle configurations and delivery locations are two prominent factors that can influence this list.

Therefore, the company has finally decided to make separate waiting lists for Air customers in the United States, Canada, and those who live outside these countries.

Lucid Motors expects to start small and incrementally become bigger; as such, they will create 20,000 units at first, then 40,000, 60,000, and keep the quality right while innovating robustly.

The automotive firm wants to capture the luxury sedan niche and lead the way. They believe that one of the key advantages they have over Tesla is they optimize for the luxury experience.