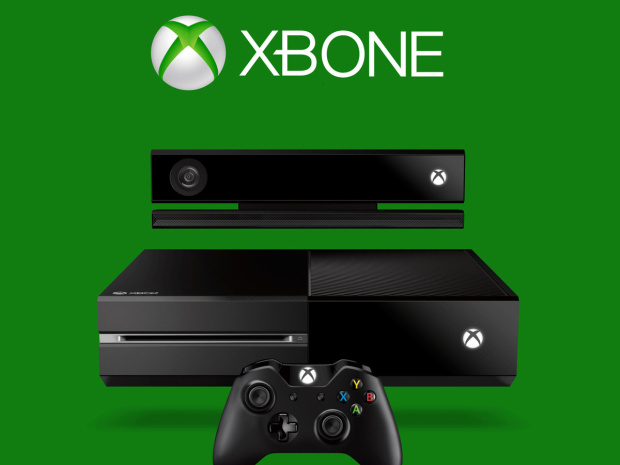 Today at E3 Microsoft revealed to us unwashed masses, the price point of the new Xbox One. How lucky we are to get such a fantastic machine at only 500 dollars! If you think the US is lucky then you’ll be jealous of me. I get to pay 428 pounds, that’s about 667 dollars at today’s exchange rate. You all wish you could make such a considerable donation to the deities of Microsoft. Think of all the things we’ll be able to do! We can tweet about our day with Twitter while browsing the web. We can sift through and watch thousands of online movies with Netflix and live television can be brought in straight through the console! That’s not all, it can even do picture in picture! With so many features there is no amount of money I can give them that would be too much. I mean it’s not like those are available anywhere else.

If I remember correctly, my TV already does all those things. Microsoft seems to have forgotten the reason we all buy game consoles. Well I’ve come up with an easy mnemonic for them. It goes something like “game console, GAME console, GAME, GAME! GAME!!!” I hate to break it to you Microsoft but I couldn’t give a crap less about the features of your console that don’t improve my experience with games.  My TV does all of the things you seem to want to pretend you’re breaking ground on. Not only that but it does them better, as well. I gotta give a thumbs up to Sony when it comes to design features. My TV can give me just about everything the new Xbone does and doesn’t make me check-in every day for it. Microsoft wants me to call every day, let it know what I’m doing all the time. It’s like that overbearing parent that no kid wanted to ask permission from because Sony dad was way cooler.

For the half a grand they are charging I’m not even sure I’m getting ownership of the games I do buy for it. Microsoft decided to leave the used game lock-out technology to the publishers. ARE THEY CRAZY!? That’s like handing an X-Acto knife to the unstable kid in art class. Sure, we’d all like to believe he’ll just make a nice cutout collage, but the last half a dozen times we gave it to him someone ended up in the hospital. At least, when I forked out the big bucks for my Playstation 3, I felt like it was a step forward. That console was putting out obscene graphics compared to the competition and had some of the coolest exclusives around. This time I’m dropping a fat wad of cash so I can have a creepy little box that watches me all the time, always listening in and only let’s me play games sometimes. What am I, a child? It wants to monitor not only me but my games too. I’m pretty sure Microsoft is establishing itself at the top of our new machine overlords.

What the hell is up with the European price point? The US gets their console at $500 and, because I live in the UK, I have to pay over $667!? I know you’re an American company but that seems a bit cruel, doesn’t it? I don’t see Sony and Nintendo gouging the US market. That’s a 34% mark-up and is absolutely inexcusable. When you announced a Killer Instinct reboot I was almost convinced to drop the money for the console. Then you did what you do Microsoft; you screwed me. Just like when I bought your console for online gaming last gen and ended up having to pay you money just to get the thing online to play with friends. Between: a camera that never really turns off, a microphone that’s the same, a possible used game bottleneck, and a ridiculous price point, I can’t buy your new toy. If I did, I know I’d just feel Xboned.

not defending the “xbone” but some fact checking is needed. The ps4 is also cheaper in the US than Europe about the same mark up. You also have to pay to play with friends for the ps4, Netflix is still free though. And the camera can be disabled, you just can’t unplug it.
Either way the ps4 is the better deal.

@randomreader  Fear not dear reader, I will be tackling the PS4 soon enough. On the Kinect note, however, while it may be “disabled” it’s never really off as it must be able to receive the “Xbox On” voice command. This means that while the camera may be disabled it is still powered on. Any electronic that’s powered on is still capable of receiving input, whether we are aware of it or not.

The extra $100 is because of the stupid Kinect then again it’s necessary for the console to operate. If I remember right, then MS did show off GAMES at their E3 conference.

DilawerS They did! So why do we have to pay more money for features that aren’t relevant to gaming that other technology already does better?

Frederick Johnson DilawerS I think the new Kinect is quite relevant to gaming, although that doesn’t justify the fact it being necessary with every console. It’d be much better if Kinect was optional just like the OG Kinect and we didn’t have to pay the extra $100. Still, I hope MS may offer some offers to sweeten up the deal a little.

DilawerS I really genuinely hope that the new Kinect is actually cool enough to add a new dimension to gaming. I love motion controls and don’t just see them as a gimmick. But I saw what they did with the Kinect for 360 and that wasn’t much of anything. I am however and optimist, so I’m going to believe that Microsoft will do something worthwhile with it. I don’t want them to fail, I use a PC after all.

You know what’s disrespectful? Forcing CONSUMERS to purchase a KINECT
peripheral when it isn’t even required. Disgraceful. I for one will
not buy another Kinect. However, if MS offers a KinectLESS SKU for
$75-100 less, I’ll go buy one today. This all assumes I don’t switch
over to the dark side (PS4) before this happens. I’ve spent $1000’s of
dollars on my XBOX/360 over the years and I would think the MS would
still want to retain my business. Hey MS, you do not KNOW what is best
for ME or my POCKETBOOK.

You know what’s disrespectful? Forcing CONSUMERS to purchase a KINECT
peripheral when it isn’t even required. Disgraceful. I for one will
not buy another Kinect. However, if MS offers a KinectLESS SKU for
$75-100 less, I’ll go buy one today. This all assumes I don’t switch
over to the dark side (PS4) before this happens. I’ve spent $1000’s of
dollars on my XBOX/360 over the years and I would think the MS would
still want to retain my business. Hey MS, you do not KNOW what is best
for ME or my POCKETBOOK.