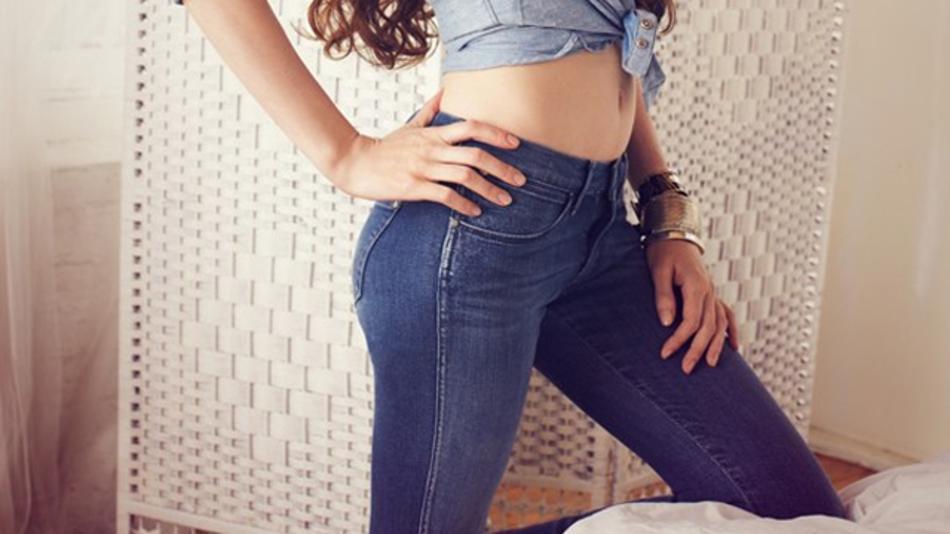 Wrangler introduces “Moisturizing Jeans” that are marketed to be able to fight nasty cellulite.

Just when we’ve thought we’ve seen it all, Wrangler, once again, comes up with this idea and proves us wrong. These “Moisturizing Jeans” just had to show up and bombard the collaborative world of fashion and technology altogether.

With “Moisturizing Jeans”, you don’t need to spend money on purchasing moisturizers anymore because they can already help you in that department. That’s right. “Denim Spa”, the actual name of the so-called moisturizing jeans, is a women’s line that promotes itself as a helpful way to hydrate your lower appendages while you wear them. Talk about functional fashion, huh?

Based on the report done by Vogue UK, these moisturizing jeans have been carefully treated with hydrating butters and oils such as passion fruit oil, shea butter, monoi de Tahiti (Tiare flower buds soaked in refined coconut oil), rose hip oil and apricot kernel oil, among others, in order to protect your legs from the dryness that denims are known to cause.

Well, why don’t we just put on ample amount of lotion, then, instead of wearing these moisturizing jeans? Seriously. Can you imagine wearing a piece of clothing that is basically soaked in oil and butter?

Naturally, they chose a model whose skin is already refined to endorse this particular Wrangler product. Nice one, Wrangler, we see what you did there.

The model, whose name is Lizzie Jagger, has this to say about the Wrangler Denim Spa jeans:

They definitely feel cooler than regular jeans. After a day wearing them, my legs feel great – they come out feeling more silky than usual.

Wrangler is saying that the Denim Spa jeans come in three “finishes” – Aloe Vera, Olive Extract and Smooth Legs. Aloe Vera promises to sooth sensitive skin; Olive Extract is said to moisturize skin and Smooth Legs is all about cellulite reduction. These three will be available for about $136 each via Asos.com. The company spokesperson was unable to confirm if these will be sold in US stores in the near future.

According to a post by Telegraph, the Smooth Legs jeans (these are infused with algae extracts, retinol and caffeine) were clinically tested by the Institut Adriant in France with 69% effectiveness as the result. The exact wording was that the “appearance of their thighs had improved”.

Well, that’s cool and all, but for this result to be achieved, the respondents actually had to wear the jeans for eight hours a day, five days a week for a span of at least six weeks.

Also, it’s worth noting that since the Smooth Legs infusion can only last for about 15 days’ wear, a reload spray needs to be purchased at an extra price in order for you to maintain this beauty regimen and get favorable results.

And yes, have I mentioned that these jeans are skinny?

Which would you rather do: buy an anti-cellulite lotion that you can apply hygienically or repeatedly wear (read: recycle) these moisturizing jeans that are potentially dirty for long hours just to get rid off cellulite?