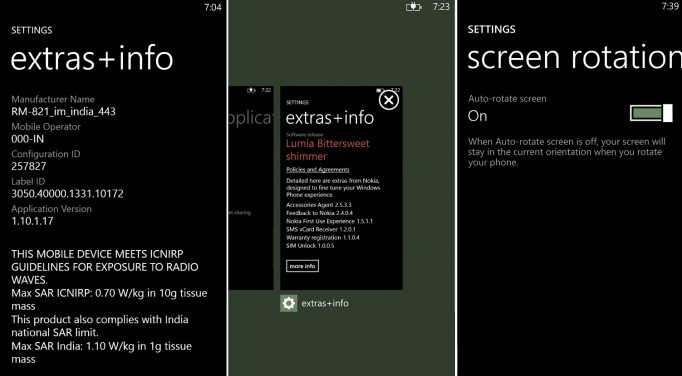 A forum poster on WP Central claims to have bought a Windows Phone device running on the update via Craigslist. The update will ship with new devices, and will also be made available to the current generation of Windows Phones.

The leaked photos contain screenshots of different modes from the update – confirming many rumored features. These include a toggle mode to turn screen rotation on or off, a new Driving Mode, and custom alerts/notifications for emails, texts, reminders and voicemail.

The new Driving Mode will mute calls and texts on the device when it is paired to a Bluetooth headset.

The most awaited feature however, is improved multitasking. The new update will apparently allow for applications to be closed from the multitasking view itself. Previously, the apps had to be opened in order to be closed.

Another addition in the GDR3 update will include the ability to restore backups of the device over Wi-Fi, instead of just USB.

A video of the update running on the Lumia 920 has bean leaked as well. It demonstrates the multitasking feature:

The GDR3 update is expected to ship with the upcoming, heavily-leaked Nokia Lumia 1520 (codenamed Bandit), and another device – the HTC Harmony. Both the phones will launch before the end of the year.