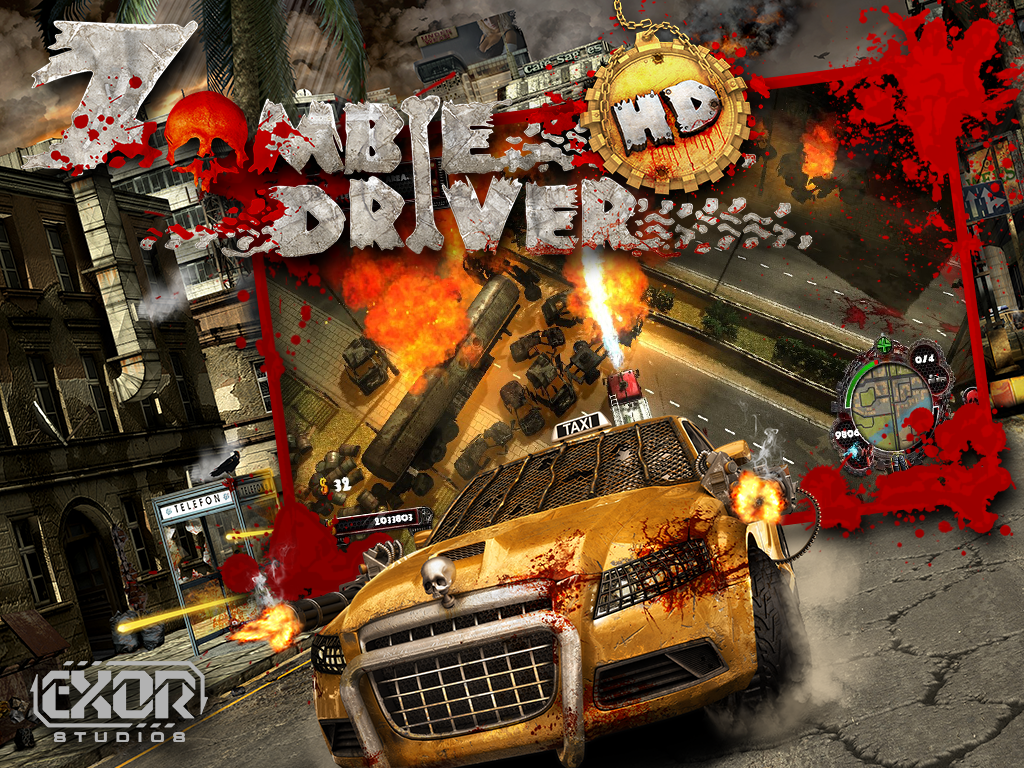 Zombie Driver HD is a simple game where your goal is to destroy zombies. Drive around in different vehicles with different guns and unleash your automotive fury on the undead hoards. It is fun, simple, and addictive, yet it lacks any real multiplayer features. OUYA owners have the advantage of getting it for half of the price it was available on Xbox Live, score one point for OUYA owners.

Zombie Driver HD makes no attempts to be anything deeper than what it is. You have a car with guns and you go kill lots of zombies. That what this game wants you to do and it does not try to convince you of anything otherwise. They do however give you a plethora of different ways to go about smashing through these monsters. The game includes three different modes of play; Story Mode with quests and an open map; Blood Race with timers, finish lines, and enemy cars; Slaughter Mode where you kill waves of zombies in an arena.

The gameplay itself is pretty simple, you have controls to maneuver you car and a button to shoot your guns. The buttons are a little awkward at first since the reverse and forward are on triggers, but it’s easy to get used to. Your vehicle can only ever have one weapon equipped on it which you obtain through power ups. These power ups are located around the map and you simply drive over them to equip you car with a beefy gun. The guns have limited ammo so you have to continually pick up the power ups in order to keep your weapons full up on zombie splodin’ power. 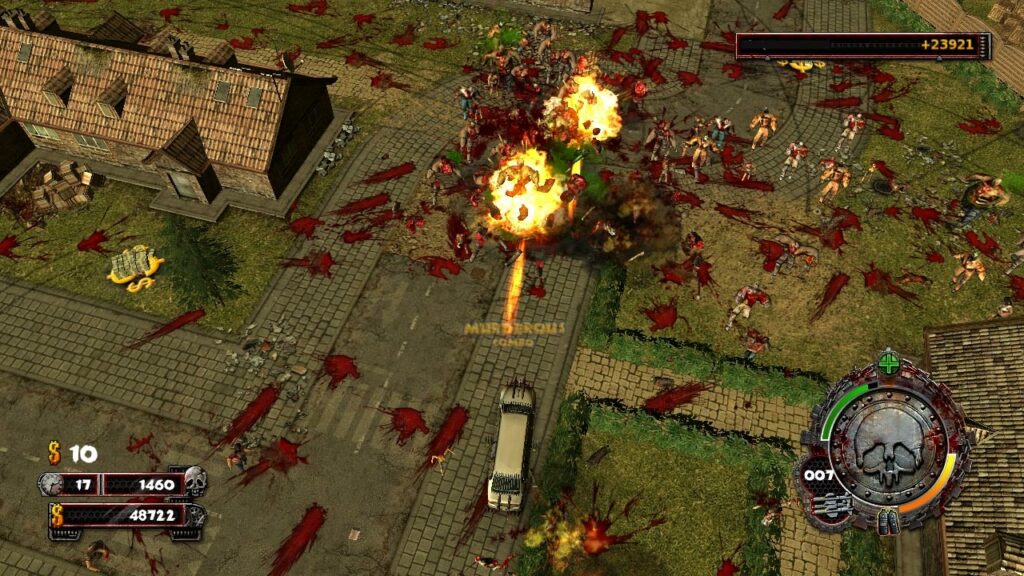 As you kill tons of zombies and finish goals in the game you collect cash. Cash that can be used to upgrade the killing power of your weapons and vehicles. The weapons you get access to include machine guns, flamethrowers, railguns and rockets. There is something satisfying about watching zombies explode into dismemberment by the dozens. You can also unlock an array of other vehicles beyond the default beat up taxi you begin the game with. You can even put different swaps of paint on the vehicles, which don’t actually do anything but still look cool.

While the Blood Race and Slaughter mode are pretty straight forward and don’t have much variety, though that’s what we expect in similar extra modes in other games. I did, however, find the missions in the story mode to be surprisingly varied. From destroying a set number of zombies, to playing a zombie decimating version of Crazy Taxi, I never really got bored. Actually when I played the first mission I was decidedly unimpressed with the game, but as I played it more the more I enjoyed it. 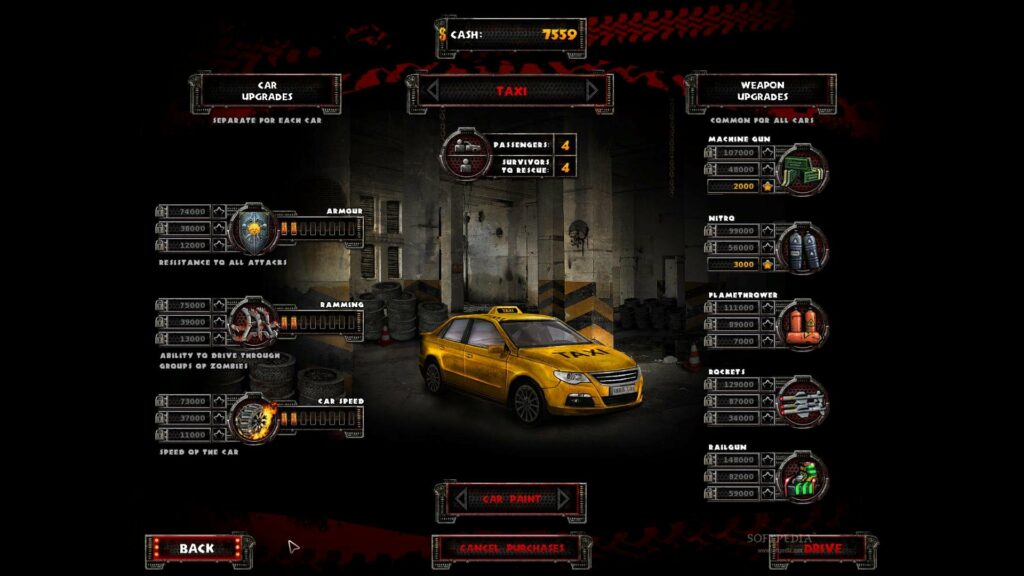 Once the Story Mode was completed it was time to dive into the other modes. While each of the modes can get a bit boring after playing them repeatedly, they were smart enough to keep it varied. The other cars attempting to destroy you in Blood Race makes it a pretty fun thing to play. There is even a leader board where you can compete with other people online. I do however wish there was online play for this mode in particular, hell I would even settle for local multiplayer.

The graphics on Zombie Driver HD are probably some of the best I’ve seen. You could easily attribute this to the fact that everything is rather small, so individual models don’t need to look that great. I suppose that is just the advantage of giving a bird’s eye view of everything. I will say that sometimes I did have a hard time seeing single zombies wandering around, which could get annoying when I have to kill a set amount. The environment and the vehicles all the great and the weapon effects are satisfyingly visceral. The music and sound of the game aren’t going to be winning any awards, but it’s enough that it fades into the background without annoying me.

YES Zombie Driver HD is a reasonable $4.99 for a game that most of us would have likely spent much more on if it was in an arcade in the day. There are games charging for more and providing far less in the OUYA store, so this one is a win. Zombie Driver HD is addictive fun that you could easily find way too much time lost to. Smash zombies, blow crap up, and to it all at a reasonable price.