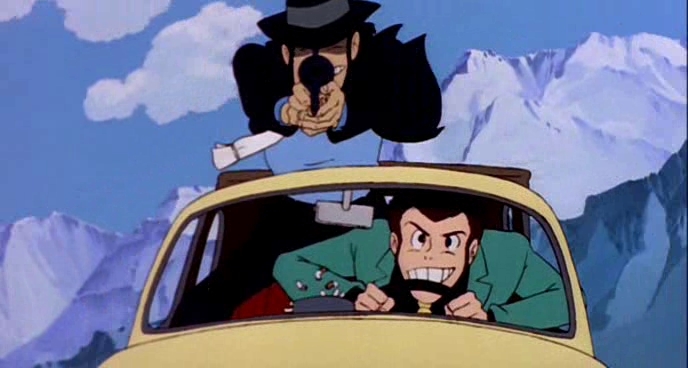 Greetings anime lovers, and welcome to this weeks installment of “Why Haven’t You Seen It?” A weekly segment on Geek Insider where we bring you some of the best anime out there that can be accessed for free. This week we’ll be taking a dive into past to check out our first movie to be showcased for WHYSI. Team up with legendary thief Lupin III with the 1979 classic, The Castle of Cagliostro.

The Castle of Cagliostro

Most anime fans have heard the name Lupin III. He’s the titular hero of many movies, anime series, and manga, that share his name. Most anime fans have also heard the name Miyazaki. He is probably the most famous anime director in all of the U.S., and possibly the world. Did you know that Miyazaki directed a Lupin II film, though? Not only was The Castle of Cagliostro a film directed by Miyazaki, it was the very first film he ever directed. Pretty impressive for Miyazaki to get to use a character as big as Lupin III in his directorial debut.

Lupin III is a world renowned thief who often finds himself on the right side of morality. Very much a Robin Hood-esque character, he works outside the realm of the law in order to steal. Whether he actually does it for the good of others, or it just happens to work out that way, is up for debate. Lupin is fun loving, intelligent, and has a soft spot for women..or at least certain parts of them. This film takes Lupin away from his more lecherous stylings, making him a far more heroic character than he is usually portrayed as. When he finds a familiar woman fleeing in a bridal gown, he’s inspired to find out more about the situation.

The Castle of Cagliostro is an amusing mash-up of genres. It’s a romance comedy in the same way that Trigun is an action comedy. It doesn’t so much fuse the two, as it does take sudden shifts in the direction of one or the other. While there are guns and swords, the action definitely falls more on the cartoony side than anything one might count as “action.” It’s a strange thing to see ridiculous looney tunes style fighting until someone is actually hurt, and begins to bleed. It always reminds you that Lupin III is having fun, so you should too.

The story of The Castle of Cagliostro is a pretty straight forward, and more than familiar tale. The Count of Cagliostro has locked up the princess in an attempt to marry her. Lupin III must rescue her, and romance her pants off while doing it. The Princess is a pretty stark contrast to the femme fatale kind of women normally seen in Lupin III adventures. She’s the typical damsel in distress and overall not that interesting of a character. Luckily the film is populated with all sorts of over the top characters to more than make up for her flatness. Between the samurai Geoman, the bearded sidekick Daisuke, the guns blazing Fujiko, and the bumbling Inspector Koichi there are enough over the top archetypes to make the cast interesting.

As Miyazaki’s first film, you can see some of his famous style in the film. I felt that this could be felt in particular during car scenes, and emotional moments. The attention to small details and music choice let you know who’s in the directors chair. While we might look back on this in 2013 and not be happy with the visuals, they are more than adequate considering the era. His focus on small movements during character animation help to breathe life into our two-dimensional cast. In particular the backgrounds and objects in the world are exquisitely crafted.

All in all, The Castle of Cagliostro is a fun romp in the world of Lupin III. If you’ve never seen any other part of his adventures, then this is an excellent one to start with. You don’t need to know anything outside of this film, and it portrays him as a more likable character than usual. For veteran anime fans, it’s worth looking back at this in comparison to Miyazaki’s later work. You can pick up on the little nuances that make his movies to unique.

Lupin’s princess is not in another castle in: The Castle of Cagliostro