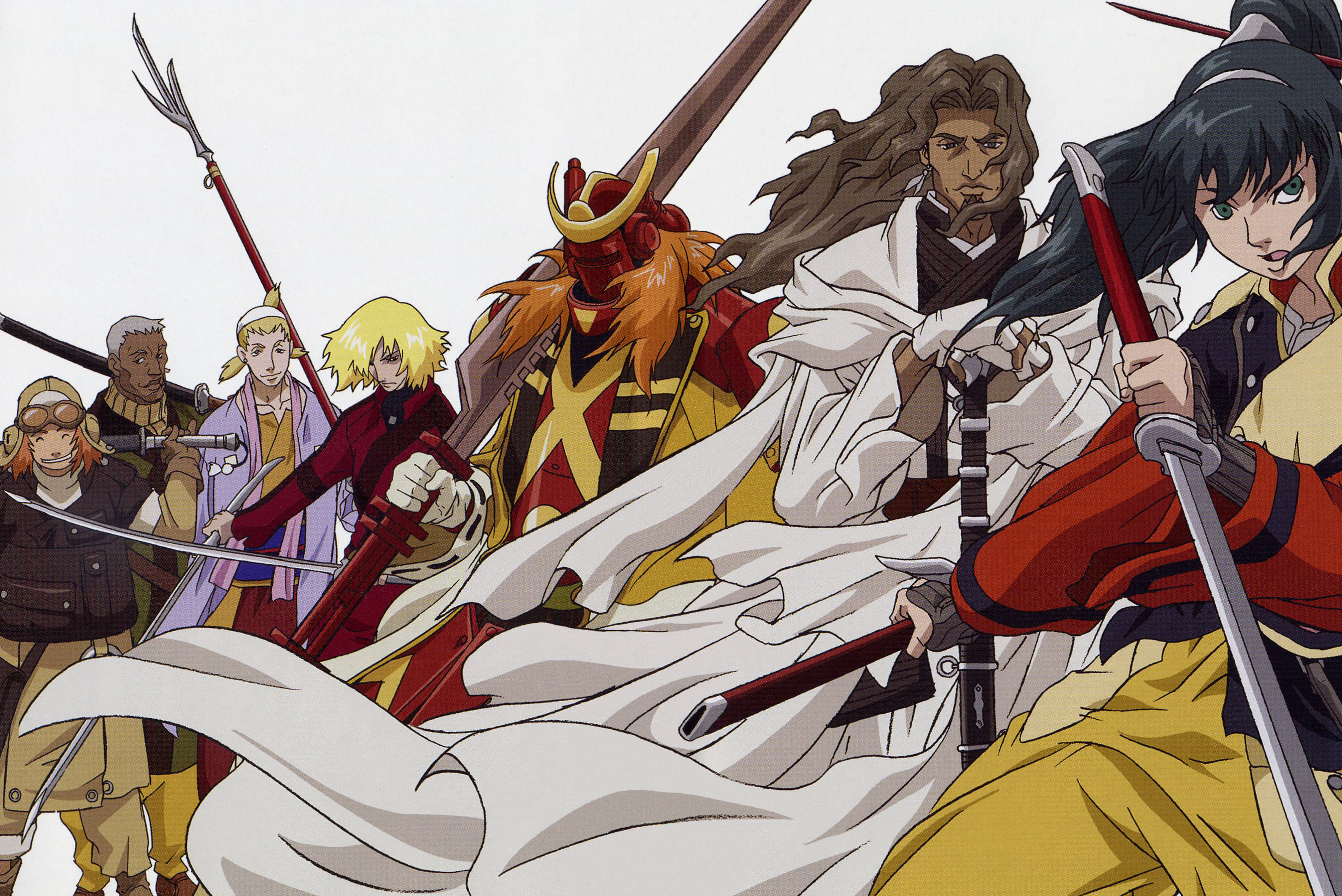 Free Anime of the Week: Samurai 7

Welcome future and current anime fans, to this weeks installment of WHYSI! Every Monday Geek Insider brings you an awesome anime to help fill your endless hunger for entertainment. Best of all, every anime that we showcase is available totally for free (and totally legally) online! This week we’ll be talking about the action packed steampunk samurai adventure, Samurai 7.

Most people have heard of the ground breaking Kurosawa film, Seven Samurai. It is considered one of the greatest and most influential movies of all time. It was the first film to do the whole, collect a bunch of different heroes to go accomplish a specific goal, thing. It’s since been the inspiration for many hugely popular films such as, Magnificent Seven, Ocean’s Eleven, and even A Bug’s Life. So what happens when that legendary film get’s an anime spin? The answer is Samurai 7.

Unlike many of the other films that recycled and copied the original, Samurai 7 keeps in place most of the ideas in the first film. A group of samurai must gather to protect a village from bandits who keep ransacking them. The village is poor and can offer only enough rice to feed the Samurai for the days they work. Now for the twist, Samurai 7 takes place in a steampunk universe where the bandits all have giant robot suits. That’s right, not only do our heroes have to face down bandits, but they have to do it against colossal machines. The show deals with this seemingly impossible match up by making the samurai super human.

In the World of Samurai 7 the samurai are capable of accomplishing inhuman feats. These include running and jumping to an insane degree and slicing right through metal. One of the Samurai is even made of metal (kind of), running around in a cyborg exoskeleton to enhance his abilities in combat. Our heroes need every extra ability they can get, because it quickly become apparent that the real issue isn’t the bandits, but the entire empire they function under. We see them battle through people, robots, and airships in flashy and cool action sequences.

The plot of Samurai 7 is not something anyone is ever going to call a masterpiece. It’s pretty much a generic retelling of the original Seven Samurai plot with twists to draw it out into a longer series. The characters are likable though, and that’s enough to help you ride through the mundane plot to see how your favorite samurai fairs. The only issue I found with the plot is the love story they shoehorned into it. It doesn’t really seem to fit very well, and every time they spend time on it, you’ll find yourself wishing you were watching one of the flashy sword fights instead.

Each samurai is unique, with their own style, personality, and tropes. In general they fit into typical archetypes like student, unwilling master, clumsy oaf, and wizened veteran. Instead of this being a downside however, it works to the advantage of the series. With so many characters in the group, the recognizable archetypes let you identify characters without needing a bunch of time spent on explaining them.

The animation in the show is well done, and smooth. They use a mix of standard animation with 3d computer generated models, which are most often giant robots. I’ve never been a huge fan of the mixing of 2d and 3d in anime, because it usually sticks out like a sore thumb. While I can’t say that Samurai 7 changed my mind any, I can at least say that it didn’t bother me when the 3d robots showed up. The character models in general are very well done and the cinematography could have been ripped straight out of a great action flick.

If you’re a fan of the original film, or just of action packed, samurai anime, then Samurai 7 is absolutely worth checking out.

If you missed last week, then check out: Ergo Proxy