Home Gaming Why Ben 10 Games Have a Universal Appeal
Gaming

Why Ben 10 Games Have a Universal Appeal

There are some entertainment franchises that appeal to everyone and Ben 10 is a good example of this. Ben 10 games appeal to boys and girls alike and can be enjoyed by any age group. 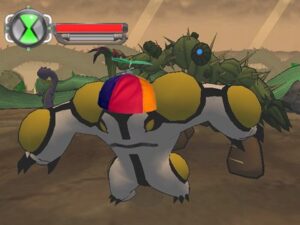 Ben 10 is a long-running series about a boy named Ben Tennyson, who happens an alien device known as the Omnimatrix, which allows him to transform into various alien creatures. He uses his new-found power for good, fighting crime and battling evil aliens. The original Ben 10 series ran for several years and spawned several new series, movies and video games that have been enjoyed by children and adults alike.

What is it that makes Ben 10 so popular?

The Ben 10 series has done a good job of appealing to a wide range of age groups and this is something that can be seen in the TV series and the movies, as well as in the Ben 10 games online. The first series is aimed quite squarely at younger children, however, it still manages to include a lot of humour and pop culture references. In newer series, such as Ben 10: Alien Force, Ultimate Alien and Omniverse, the lead character is now a teenager and the plots are slightly edgier and more action focused, although still suitable for younger viewers.

Over the years, Ben 10 has managed to grow with its audience, whilst still appealing to a new generation of viewers. While the main hero is a boy, characters such as Gwen Tennyson and Julie Yamamoto appeal to younger female viewers. Many girls enjoy playing Ben 10 games online, thanks to the availability of games such as Heroine Hoops and Gwen Dress Up, in addition to the more usual boyish video game themes of Spore Attack, Blockade Blitz and Upchuck Unleashed.

Some parents worry about the alien-fighting themes of Ben 10, feeling that the show may be a little too scary for them. However, there are a lot of good lessons in the show. Teamwork is a major theme and Ben only uses his powers when he has no choice. He still faces other challenges just like a normal boy and relies on the help of his friends to get through tough situations. Those lessons are important ones that every child should learn.

The Ben 10 video games do a good job of reinforcing those lessons without overtly preaching to the children that play them. Many of the games are based on older arcade games, but have been given a graphical overhaul to make them interesting to today’s audience. Children will learn puzzle solving, maths and motor skills by playing these games and they’ll have fun doing so.

It’s rare that a TV show has universal appeal, but Ben 10 has managed to achieve this. Younger children should start with the first series and follow Ben’s development as they grow up themselves. If they want to play Ben 10 themed games, they could take a look at the Fusion Fall world (which features characters from many Disney games), or play the games on the show’s official website.